My husband bought me Dear Child by Romy Hausmann for Valentine’s Day, with a bit of help from my daughter, who understands my taste in books very well! I hadn’t heard of it before, but it is definitely a book I would have chosen herself.

A woman calling herself Lena is injured in a nasty car accident. Could this be the woman called Lena who was abducted 13 years ago?

The woman’s daughter tells a story of a cabin in the woods and a little brother. Their father keeps them ‘safe’ and controls everything they do – what they study, what they eat and even when they go to the toilet. There are so many dangers in the outside world and Hannah knows about all of them from reading a big book.

Lena’s father races to see her in hospital, but it doesn’t seem to be Lena after all. Yet there are so many similarities between the two women…

If this isn’t Lena, who is it? Where is the real Lena? And who was the captor?

The police and Lena’s father try to piece the story together from what ‘Lena’ and Hannah have told them.  But ‘Lena’ is terrified and traumatised. How much of the story does she remember and how much is she willing to share? She might be free, but her captor is still very much in control.

The story is narrated by ‘Lena’, Hannah and Matthias, Lena’s father. All of the characters have their own take on things, speak their own truth and sometimes omit to tell us things they don’t want to share.

Dear Child reminds me a lot of Room by Emma Donoghue, which is a good thing because Room is one of my favourite books ever. Hannah is very much like the character of Jack, the little boy in Room who narrates the story. Hannah is also intelligent, but just like Jack, everything is learned without experiencing it. She can reel off what a hospital is, what the police do and why it’s bad to eat sugar, but only because she read it in the big book, not because she has any real life experience.

If you enjoy a psychological thriller, I can definitely recommend Dear Child. It has plenty of twists and turns along the way as the mystery is pieced together. 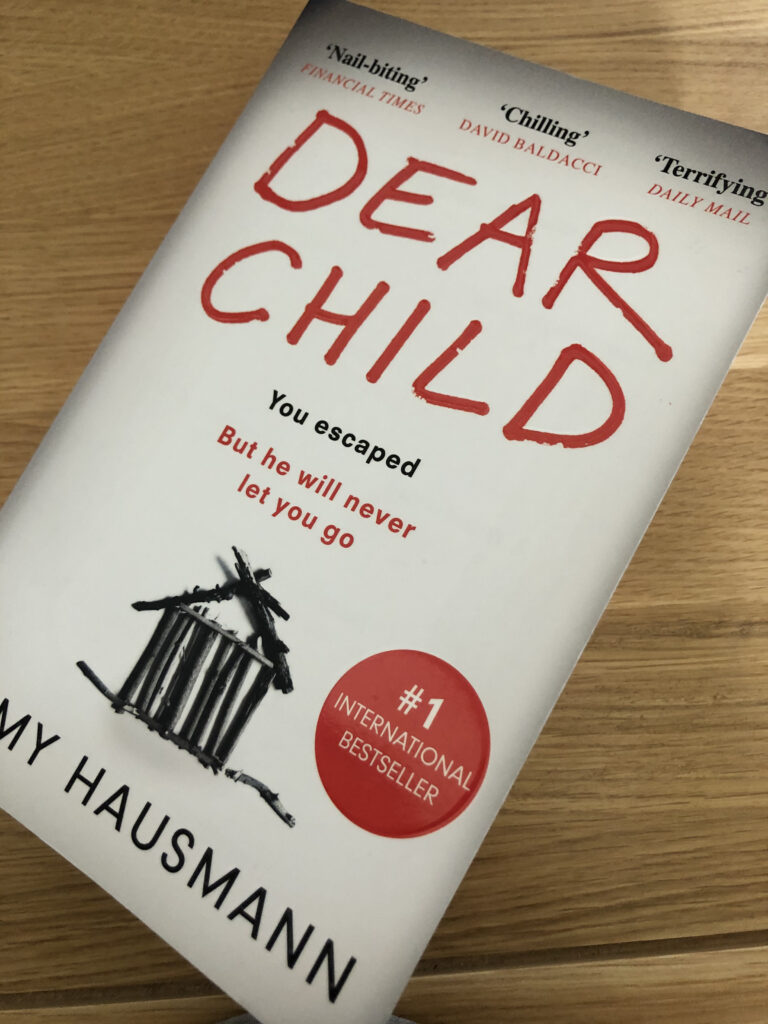