My Brilliant Friend by Elena Ferrante

I bought My Brilliant Friend by Elena Ferrante when we were in the dark depths of lockdown and I was in need of new books. I try to avoid buying from Amazon wherever possible, so picked up a few books in Sainsbury’s, whose book shelves were looking rather bare. Otherwise, I probably wouldn’t have chosen this book.

My Brilliant Friend is the first book Elena Ferrante’s Neopolitan Quartet. Set in a poor neighbourhood of Naples in the 1960s (I’m guessing), it tells the story of two young girls – Elena and Lila. The story is narrated by Elena, who just happens to share a first name with the author. It is a novel, not a memoir.

Elena and Lila are two fiercely intelligent young girls, growing up in a world where men beat their wives and children, women fight in the street, men in their 20s get engaged to 15 year olds and your enemies from the neighbourhood will save you in a fight against outsiders. Their world is a very small one – they haven’t even seen the city centre, let alone the sea.

Lila is the more intelligent of the two, but also the more rebellious. While Elena carries on with school, Lila follows in the path of the majority of women in the neighbourhood and leaves school almost  before she has reached puberty. Elena looks up to Lila and wants to be just like her, but can a girl who goes to school really find her place in such a rough neighbourhood? Will school mean that Elena leaves Lila and the neighbourhood behind? Or will Lila leave her childhood friend behind?

This is an incredibly atmospheric book, in which it feels like very little happens, but a lot happens. There is a big cast of characters and a very useful index of them at the start, as a lot of them have very similar names – and also go by a number of different nicknames.

It took me a while to get into My Brilliant Friend, but I grew to love it and will definitely be looking out for the remaining books in the Neopolitan Quartet in the future. It’s not the easiest of reads, but if you don’t mind being a bit challenged by your reading, I can highly recommend My Brilliant Friend.

Apparently a TV series based on My Brilliant Friend is available on Amazon Prime. I don’t have Amazon Prime, so sadly won’t be able to watch it. 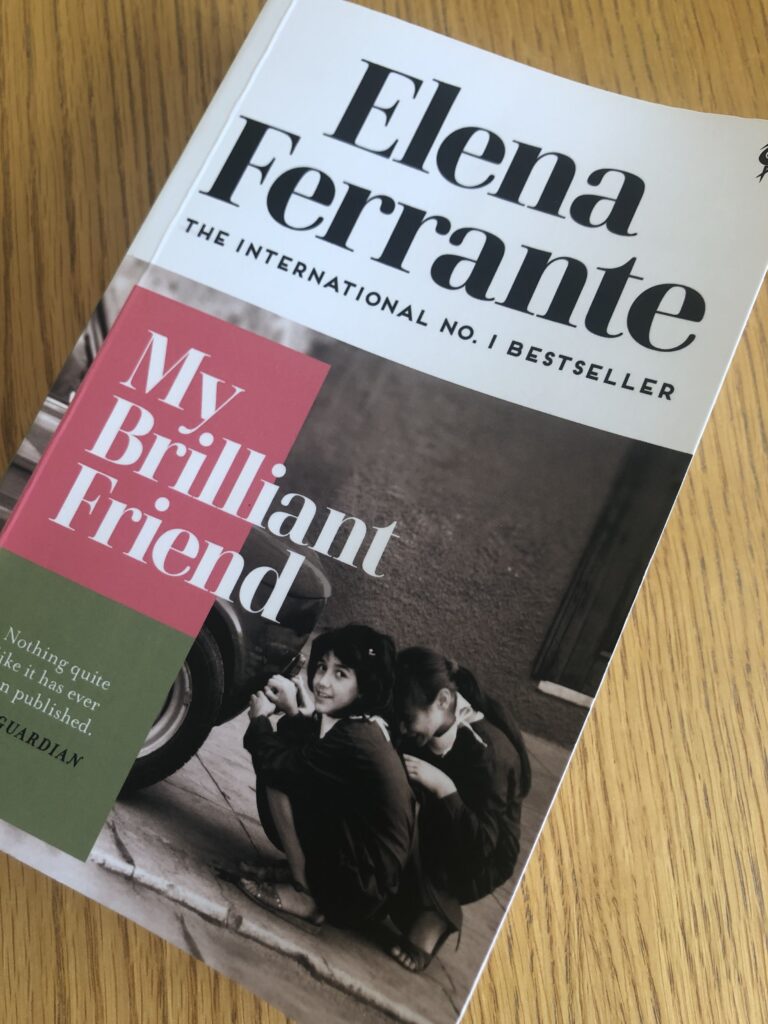