Like everything else, parkrun is now cancelled for the foreseeable future. When we got to parkrun on 14th March, my dad said: ‘Everyone is saying this is going to be the last one’. But I was sure it wasn’t. Because there had been an email which said that they’d looked at the risks and concluded it was no greater risk than any other social interaction. Even at a big, busy parkrun like ours, people are only in close contact just before the start. The run director even did an announcement saying they were going to endeavour to keep it going.

But of course it wasn’t to be. Due to the spread of coronavirus, the government has shut down all unnecessary social gatherings.

That was never going to mean we stopped running though. It’s just about keeping our social distance – and that’s very easy to do in the great outdoors. I’m really hoping that we don’t find ourselves in a situation where we go into full lockdown and aren’t allowed outside any more. Exercise and fresh air are so important for mental health as well as physical health, as long as you’re not in self-isolation with any coronavirus symptoms.

So we decided to do our own family ‘non-parkrun parkrun’ at 9am on Saturday as usual. My daughter does parkrun some of the time, my younger son hasn’t done it all year as he’s been focusing on his athletics and my eldest has just got back into running, but hasn’t done a parkrun so far this year. But I was still surprised when all five of us were up for it.

At 7.30am, I messaged my sister to see if she wanted to join us. She was very excited – and said the whole family would take part! My sister and brother-in-law generally take it in turns to do parkrun, with my niece and nephew occasionally joining in when the weather is good.

At 8am, my husband asked if I was going to ask my dad to take part. My dad does parkrun every week, but he is also 75. After a lecture from my brother, my parents are more or less self-isolating. I’m doing their shopping now and they are keeping their distance from us all, especially the grandchildren. I didn’t want to ask my dad and put him in a difficult position – in case he wanted to do it, but didn’t feel able to. But I would also feel guilty if we went ahead and didn’t let him know.

My husband and I worked out a 5k (3.1 mile) route round the village and, just before 9 my dad AND mum arrived at the door. My dad was going to run as usual, but my mum was going to walk it. Then my sister and brother-in-law both arrived, with my niece and nephew on their bikes.

At 9am, all 11 of us set off on our ‘non-parkrun parkrun’, all running at our own pace as usual. My husband was at the front, followed by my eldest, my younger son and me. Before the end of the first lap, my younger son had overtaken his brother, but both boys were still in my sights.

On the second lap, I overtook my eldest, then lapped first my mum and then my dad.

On the final half lap, my younger son was struggling. He was walking and stretching a bit. He’s a sprinter, who is trained only for sprinting (and jumping), he’s not used to endurance, even though he is still quick. I overtook him, then he sprinted past me in the last 200 metres.

My husband was waiting for us all at the finish line. My younger son flew up to the line, followed by me and my eldest in quick succession. My parents were still a lap behind us. None of us had seen my daughter or my sister and her family. I was wondering whether I should walk to look for her, but while I was still wondering, she finished the run – considerably quicker than she’d finished parkrun the previous week.

She was followed by my sister, brother-in-law and the two kids on their bikes.

Everyone was absolutely buzzing. They’d all enjoyed their ‘non-parkrun parkrun’ and wanted to do it every week. Now we know that we won’t be able to do it in quite the same way. The government says we are only allowed to exercise outside once a day and only with people from our own household. Even though we kept our distance on the run, we were still together (although two metres apart) at the start. But I can still do it with my immediate family and my sister can still do it with hers.

Interestingly, a family member who is a key worker and has been particularly strict with my parents about avoiding people, drove past us all and thought what we were doing was a brilliant thing.

Social distancing isn’t fun, but we all have to find our own way through it. Our ‘non-parkrun parkrun’ really set us up for the day, mentally and physically. If you can go running, walking or cycling, it is great for both your physical and mental health. 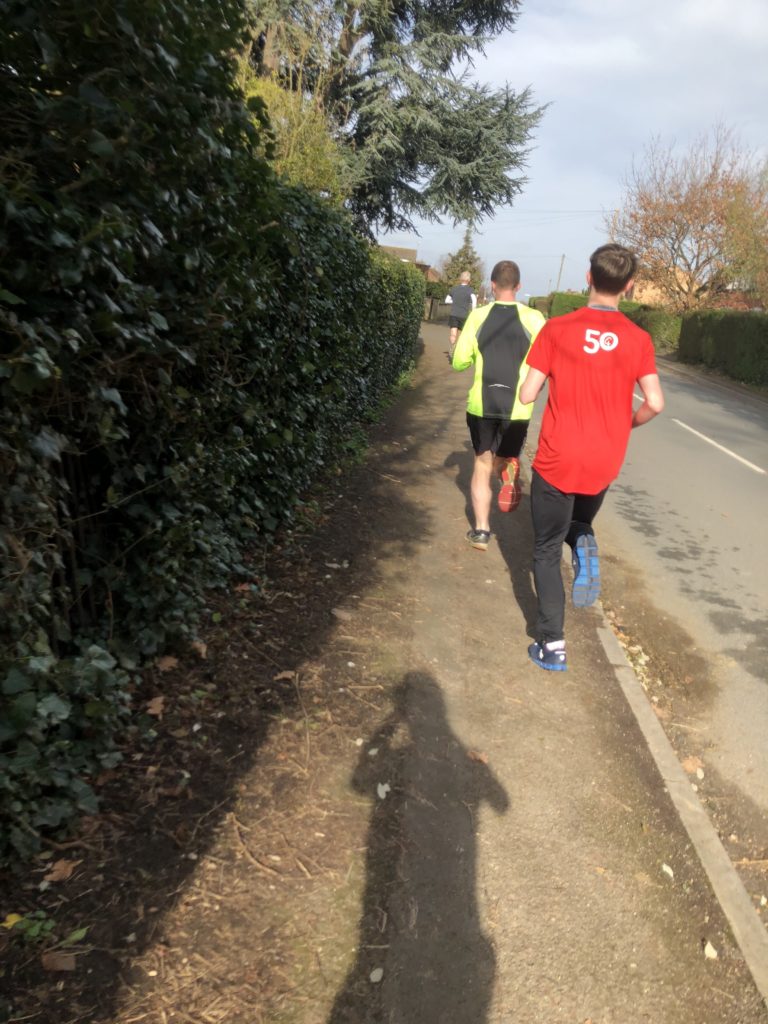