The Sixteen Trees of the Somme by Lars Mytting

I saw The Sixteen Trees of the Somme by Lars Mytting on my friend Erica’s blog, 92three30 and thought it sounded fascinating. Erica later said it was her favourite read of 2019, and I can see why!

Set in the early 90s, the story is entirely told by Edvard, a young Norwegian man. When Edvard was just three years old, his parents died in mysterious circumstances in France. Edvard was with them at the time – and then disappeared for four days. Following his parents’ death, Edvard went to live with his grandparents on a remote farm in Norway.

At the start of the story, Edvard is living with just his grandfather and has settled into life as a farmer. His grandfather isn’t well liked in the local community, which means Edvard is treated with mistrust too. When his grandfather dies, Edvard sets out to find out more about his parents’ death and his own mysterious disappearance.

Leaving the farm behind, his investigations take him first to Shetland and then to France – to the site of the Battle of the Somme. There are many mysteries for him to solve along the way. Was his great-uncle Einar really dead? Did his French mother arrive on the Norwegian farm before she met his father? What was the mysterious inheritance, and who did it belong to?

Along the way, he meets Gwen, a woman of his own age living in Shetland for part of the year. As he finds himself falling for her, he wonders who she really is and whether she can she be trusted.

This is a beautifully written book, translated from Norwegian. Although set in the 90s, the mystery goes back to the Battle of the Somme, through World War II to 1971. The Sixteen Trees of the Somme has plenty of twist and turns, but it definitely isn’t a thriller.

If you like your reading very light, it probably isn’t for you. But if you like something that makes you think a bit more, I would definitely recommend The Sixteen Trees of the Somme. It is already another contender for one of my favourite reads of 2020 and it’s only February. 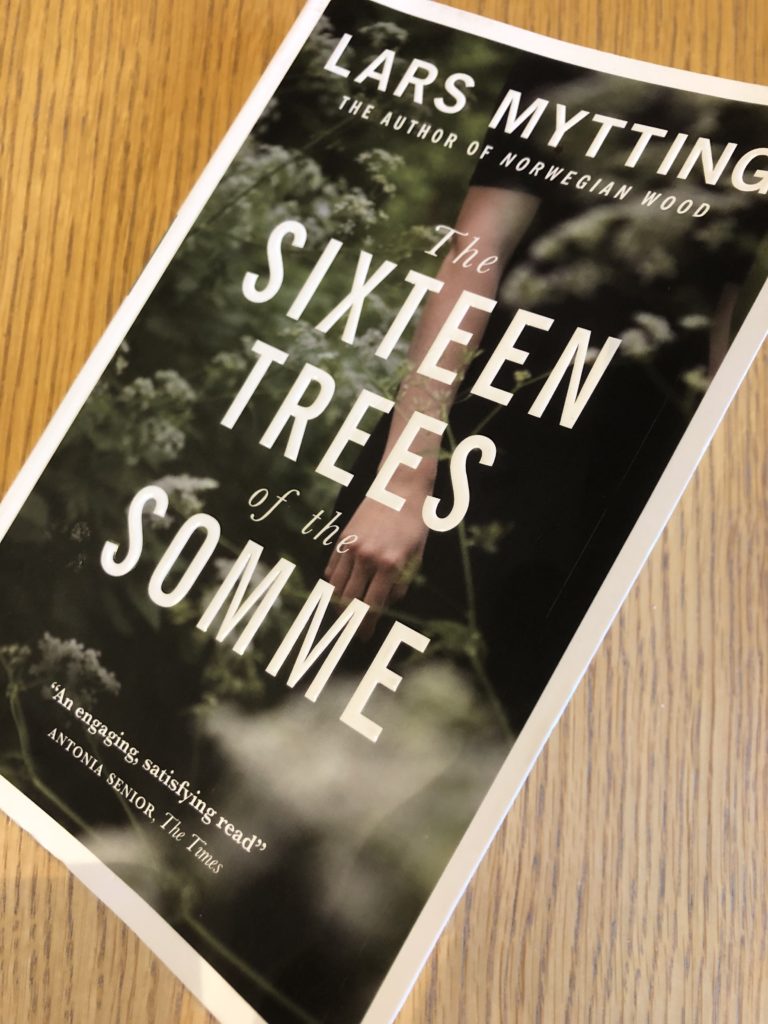