Last year I read Dissolution, the first in the Shardlake series by C J Sansom. I put off reading it for a long time, mainly because I didn’t like the brown cover (I’m not even joking), but I then enjoyed the book. I recently borrowed the second in the series, Dark Fire, from my friend and was again put off by the brown cover.

But then I started reading it. And I was hooked!

The Shardlake series is set in the time of King Henry VIII. Matthew Shardlake is a lawyer working in London. There are sights and sounds and smells of Tudor times, but in many ways, Dark Fire is just like any other detective novel.

In 1540, Shardlake gets involved in the case of a young girl accused of murdering her cousin. The case brings him to the attention of Thomas Cromwell, the King’s advisor who is desperately trying to stay in favour with the King. Cromwell wants Shardlake to track down the legendary Greek Fire. The substance can burn even on water and Cromwell is convinced it will help him to stay in the King’s good books. He gives Shardlake two weeks to track it down.

But Shardlake soon discovers Greek Fire has left a trail of death and destruction in its wake and now he is in danger himself. In the meantime, the young girl’s court case is hanging over him. Can he get the girl acquitted, track down Greek Fire and avoid getting murdered himself?

The Tudor setting means Dark Fire is a bit different from other detective stories and it may not be everyone’s cup of tea. But I found it a really pleasant change. I don’t know how much of it is historically accurate, but it felt like I learned something about Tudor times, as well as enjoying the story. I really liked the relationship between Shardlake and his new assistant, Barak, who like to call pretty much everyone an ‘arsehole’ (see, not see different from present times really).

I’m now really keen to read the next book in the series and I definitely won’t be put off by the colour of the cover! 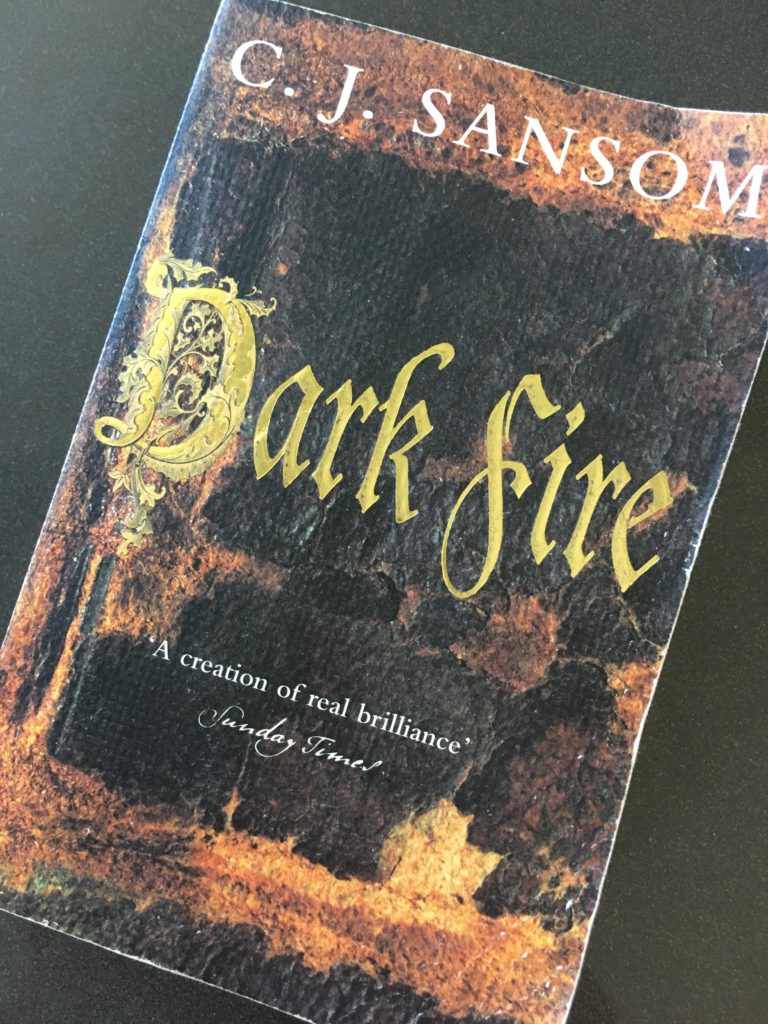