Kate Atkinson is one of my absolute favourite authors. She wrote one of the most brilliant books ever – Life After Life. But I first discovered her through her Jackson Brodie detective series. It’s a long time since Jackson had an outing. Her latest novel, Big Sky, is her first Jackson Brodie book since 2010 and Started Early, Took My Dog.

Just for a few pages, I found it slightly weird to be reading a detective story written in the style of Kate Atkinson, but I soon got used to it. And I was very quickly hooked on Big Sky.

Retired policeman, now private investigator, Jackson Brodie, is living in a small cottage by the sea. His grumpy teenage son is spending time with him while his mother his working and Jackson is busy keeping tabs on a cheating husband.

The book then leaves Jackson behind for several chapter as it introduces us to a new and seemingly unconnected cast of characters. There are the three middle aged men playing golf, the variety acts at a seedy theatre and the two young detective constables. Gradually, the clues linking the characters start to appear and it’s clear that Jackson is living in a very small world indeed.

First Jackson encounters a desperate man on the edge of a cliff, then a glamorous woman enlists his services and he discovers there is a dark underworld operating in the sleepy town. What exactly is going on and can Jackson stop it before it spirals out of control?

Big Sky is a brilliant book with a brilliant cast of characters. My favourite characters are nerdy teenager, Harry, and his not-as-dim-as-she-looks stepmum, Crystal. The writing is witty and really paints a picture of life in a tired seaside town. There is a lot going on, but it never gets confusing and never feels like a heavy read.

Whether you’ve read a Kate Atkinson, or a Jackson Brodie, before, I would definitely recommend Big Sky. It’s a bold statement for only my second book of 2020, but I think it will make it on to my list of my top five reads of the year. 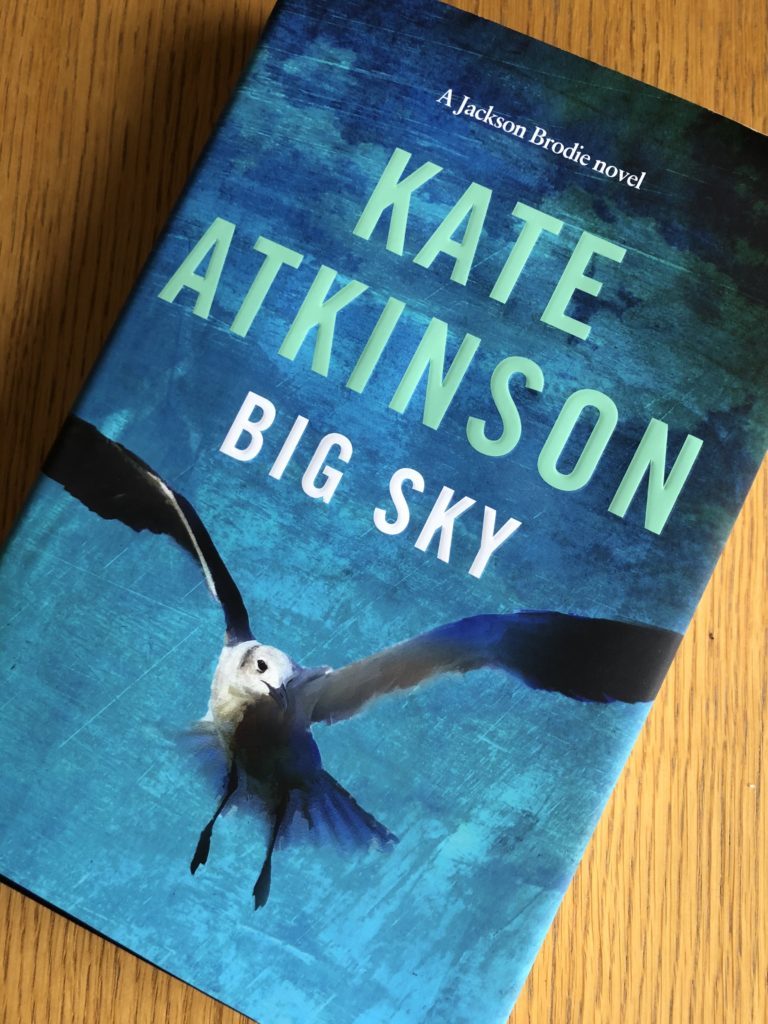