I Looked Away by Jane Corry

Home » Book Reviews » I Looked Away by Jane Corry

I picked I Looked Away by Jane Corry up in Sainsbury’s a few months ago. At the time, a few people told me it was well worth a read, but it kept getting pushed to the bottom of the pile. I read another Jane Corry, Blood Sisters, couple of years ago, which was good, but not one of those which stays with your forever. I Looked Away was much better!

Ellie is a young grandmother who loves nothing more than spending time with her grandson, Josh. The only thing that can spoil her happiness is her husband’s affair. But Roger swears it’s over. Until one day he gets a call from the other woman. Just for a moment, Ellie takes her eyes off Josh and everything goes wrong…

Having set the scene, the story goes back in time to Ellie’s childhood. Something bad happened to Ellie in the past which is still affecting her now and the story is slowly building up to it.

Running alongside Ellie’s story is the story of a homeless woman, Jo, who Ellie used to help. How does Jo’s story relate to Ellie’s? What went wrong in Ellie’s past? And how does this all relate to her relationship with Josh?

This is a real page turner and I was particularly intrigued by Ellie’s childhood and its impact on her later life. There is a double twist towards the end of the book – one of which I’d worked out, but one which I hadn’t. Being able to guess the occasional twist doesn’t put me off a book. In fact, I feel quite proud of myself when I work something out!

I Looked Away is an enjoyable psychological thriller, but it should also appeal to a wider audience. It is a book about family, trauma, homelessness and more. It is well worth a read. 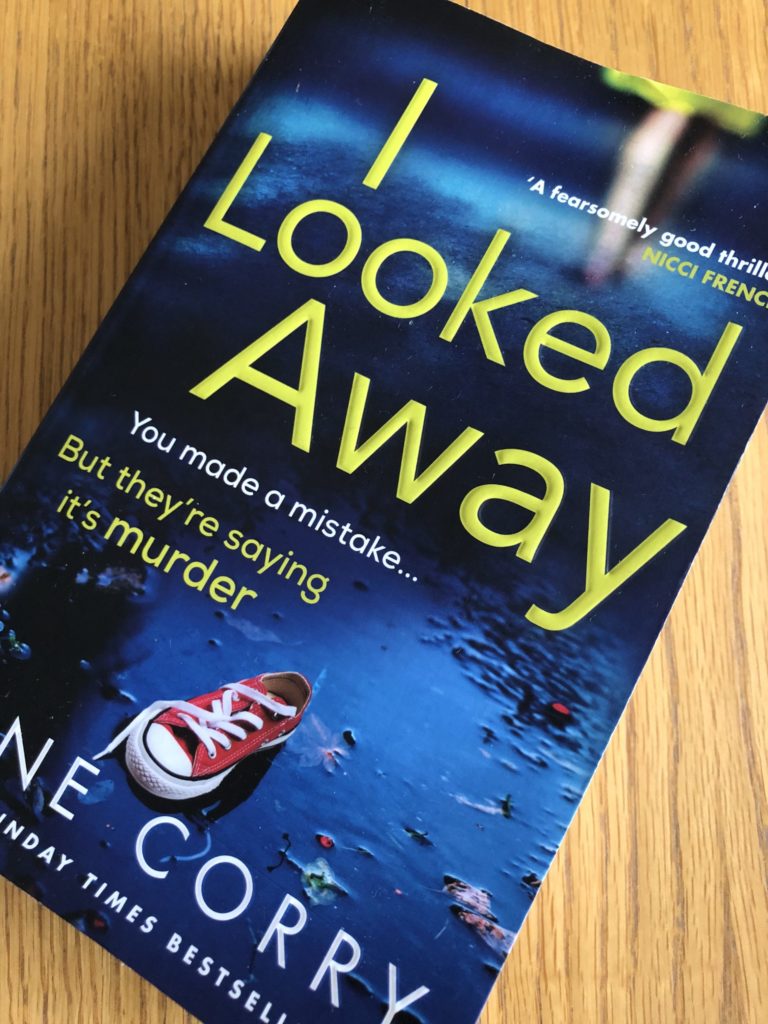