I’d heard good things about Becoming by Michelle Obama and I’d wanted to read it for a long time. But I was waiting for it to come out in paperback and that was taking forever. Then my eldest kindly bought me the hardback for my birthday.

Becoming is even better than I hoped it would be.

It is divided into three parts – Becoming Me, Becoming Us and Becoming More. Becoming Me tells the story of Michelle’s childhood and teenage years, through university and her early days in work, right until she kissed the man who had been pursuing her for a few months – Barack Obama. Becoming Us is their life as a couple and becoming parents, through work and Barack’s move into politics right until the moment he becomes president. Becoming More is Michelle’s life as First Lady.

Michelle Obama came from a humble background on the South Side of Chicago. She lived in a small flat with her parents and brother upstairs from her great-aunt, who owned the flat. Her parents taught her to work hard, to stand up for herself and to believe in herself. From a very early age, she was pushing the boundaries of what was expected of a woman of colour – in education and in her career. She left behind a career in corporate law to work for causes she believed in – helping minorities and people living in poverty to succeed in education and business. In Barack Obama, she met a man who shared her values of caring for others.

Her love for Barack shines through the pages of the book, but she was unsure about his move into politics. She was a mother of young children, juggling motherhood and her career with supporting a husband who was often away from home. She would have liked him to wait for longer to run for President. But he didn’t and the rest is history.

I found reading about life in the White House fascinating. The family weren’t allowed to even step outside without agents. They had people with them wherever they went and there were always staff outside every door. Yet Michelle managed to give her daughters as ‘normal’ an upbringing as possible. As First Lady, she brought about real change in childhood obesity in the USA and worked tirelessly to support military families.

Both Michelle and Barack are clearly highly intelligent and care deeply for their country and its people. She has praise for previous Presidents and First Ladies – including Republicans, but has nothing nice to say about the current President. When you read about just what the Obamas gave and how hard they worked for all those years, it does make you wonder how Trump and Melania have got the intelligence to deal with any of it. But that’s a whole other story.

You don’t have to be interested in politics to read Becoming. It is a story of a woman from a humble background, who is a wife and a mother, balancing her own career and that of her husband. She’s not much different from many of us. She just did it all on a much bigger stage. 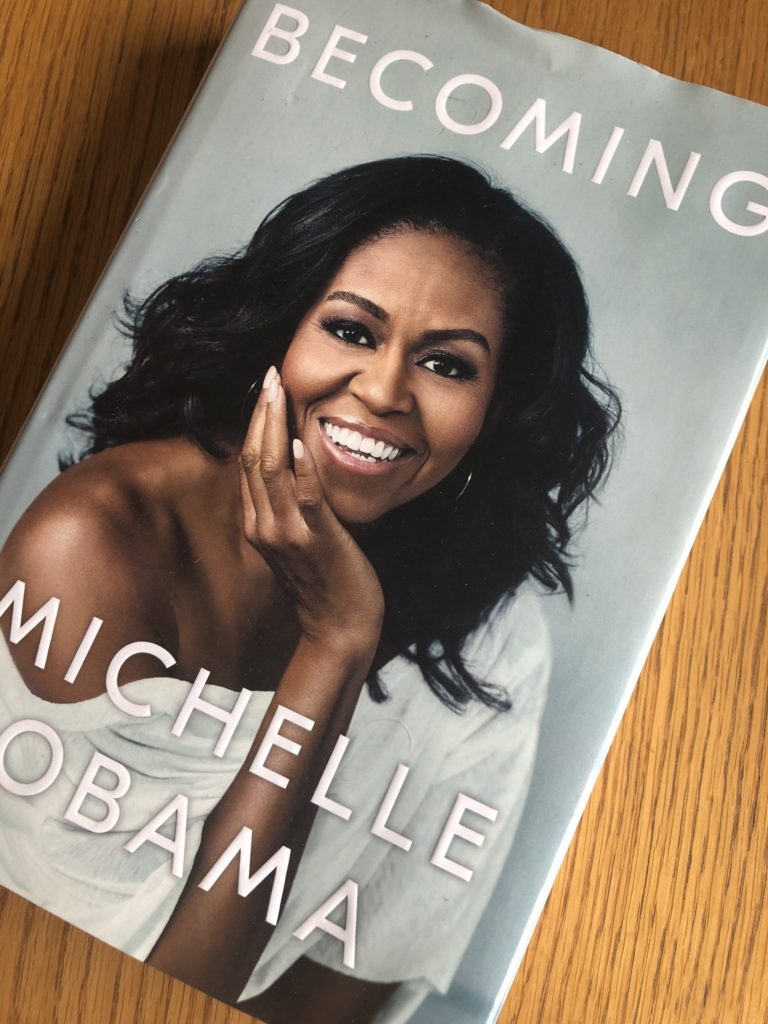