Never Greener is the debut novel by Gavin and Stacey and Stella creator, Ruth Jones. I love Gavin and Stacey (don’t we all?), so I had high hopes for it. It looked like it would be a good read for me over the summer, when I find I have less time to concentrate on a complicated plot line.

Never Greener is the story of Kate and Callum. They first met in 1985, when Kate was a wannabe 22-year-old actress and Callum a married man of 39, with two young boys and a third baby on the way. They had a passionate affair, which ended in heartbreak for Kate,

Fast forward 17 years and Kate is a famous actress, married to Matt with a 5-year-old daughter. Kate is prone to bouts of depression and self-loathing and Matt sometimes finds himself treading on eggshells with his wife. Then by chance Kate and Callum meet again. Will they take up again where they left off? Or will they both see sense and walk away?

The story alternates between 1985 and 2002 and follows their affair, and then the weeks and months following their chance meeting.

This is an enjoyable, easy read. I often actually forgot that it was by Ruth Jones and felt I was reading a Marian Keyes (which is no bad thing, I love Marian Keyes). Kate isn’t a likeable character. Her acting skills mean that the people in her life often find themselves questioning where they stand with her and how truthful she is being. There are some likeable characters though, including Matt and his best friend, Hetty. Callum would be likeable too, were it not for the fact that he had cheated on his wife.

If you’re looking for a holiday read, you could do a lot worse than Never Greener. Ironically, I read it because I usually struggle for time to read over the summer, then read the last third of the book in a single sitting! 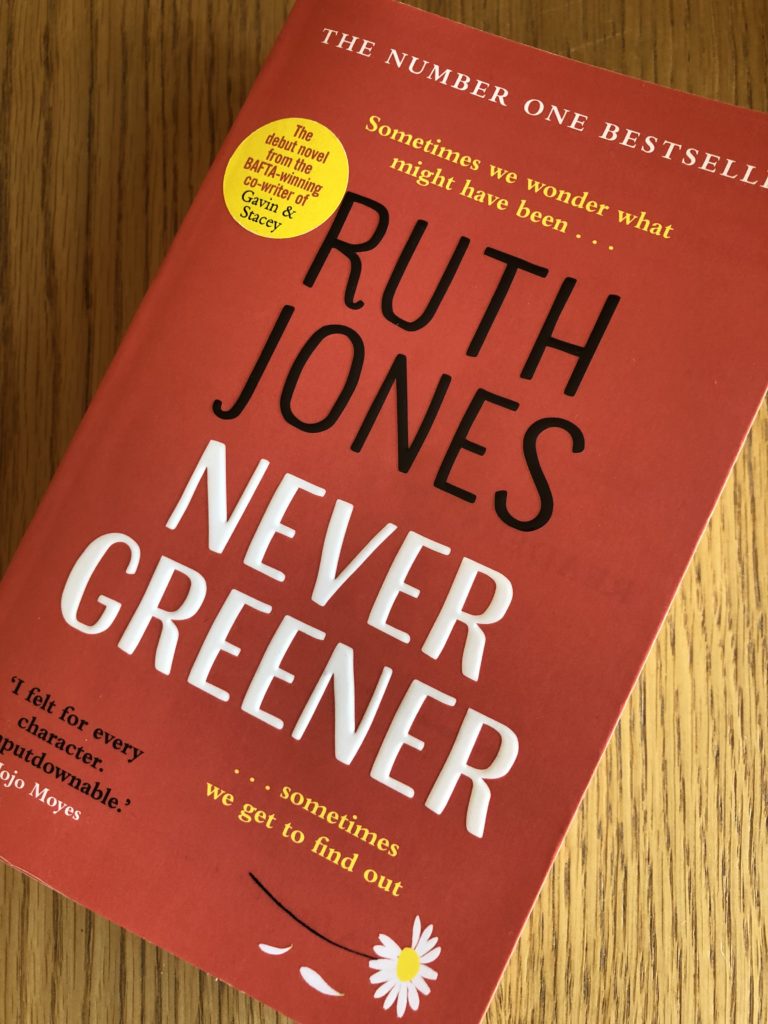