How much does it cost to stay in Nice?

Home » Family » How much does it cost to stay in Nice?

We’ve just returned from holiday in Nice and it was STUNNING. I’ve never been on holiday to anywhere hot in the middle of summer, apart from my honeymoon in Thailand in 2000. I can totally understand why Nice is such a popular destination – with its endless bay with beautiful blue sea, surrounded by mountains. The sky is blue, the temperature is hot and the sun shines all the time.

When we go on holiday, we take the view that we’re on holiday, we’re not going to worry about money, we’re going to enjoy ourselves. We don’t go crazy, but we don’t spend the whole time thinking about money. Because it’s only once a year, right? My eldest is very conscious of money and the cost of things and will always be saying ‘Are you sure you want to go there/ eat there, it’s expensive’ etc etc. And we will just tell him it’s our money, we’re on holiday and we’re going to enjoy ourselves.

But Nice was a whole different level. Remember the good old days when the Euro was worth about £1.60? Or even £1.20? Now it’s worth £1.05. So basically you can just convert Euros directly to pounds when you look at prices. And it’s depressing.

It started as soon as we stepped off the plane.

We’d chosen not to get an airport transfer as the airport wasn’t far from the city centre. My husband had read that a taxi would be €32 or an Uber €20. We’ve never got an Uber before, they don’t operate where we live. My husband downloaded the app, but we wondered whether we could get one big enough for five of us, plus suitcases. So we just got a taxi outside the airport. It was €55. Apparently if there had been four of us and therefore a smaller car, it would have been €45. Not 32.

A basic pizza and drink for lunch for us all on the first day was €72. That’s similar to we would pay for dinner at Pizza Express at home, including pudding and pizzas which aren’t basic.

I know it’s not exactly getting into the culture, but we always go to McDonalds on holiday. My daughter is quite fussy, so it’s a meal we don’t have to worry about. We know what we’re getting. And we know it will be good value.

Our hotel had a bar on the roof with the most stunning panoramic views of Nice – the sea, the mountains, the buildings, the fountains where all the children play… We wanted to go up there one evening for a drink and to watch the sunset (Nice also has the most incredible sunsets). We sat down and looked at the menu – it was €8 for a beer and €6 fo water. WATER! I didn’t look at the prices for Coke and Sprite, but no doubt they would have been similar to the water, so four soft drinks and a beer would have cost €32. We might have been on holiday, but we could never justify €32 for five drinks. So we saved our cash and went for a walk to see the sunset instead. 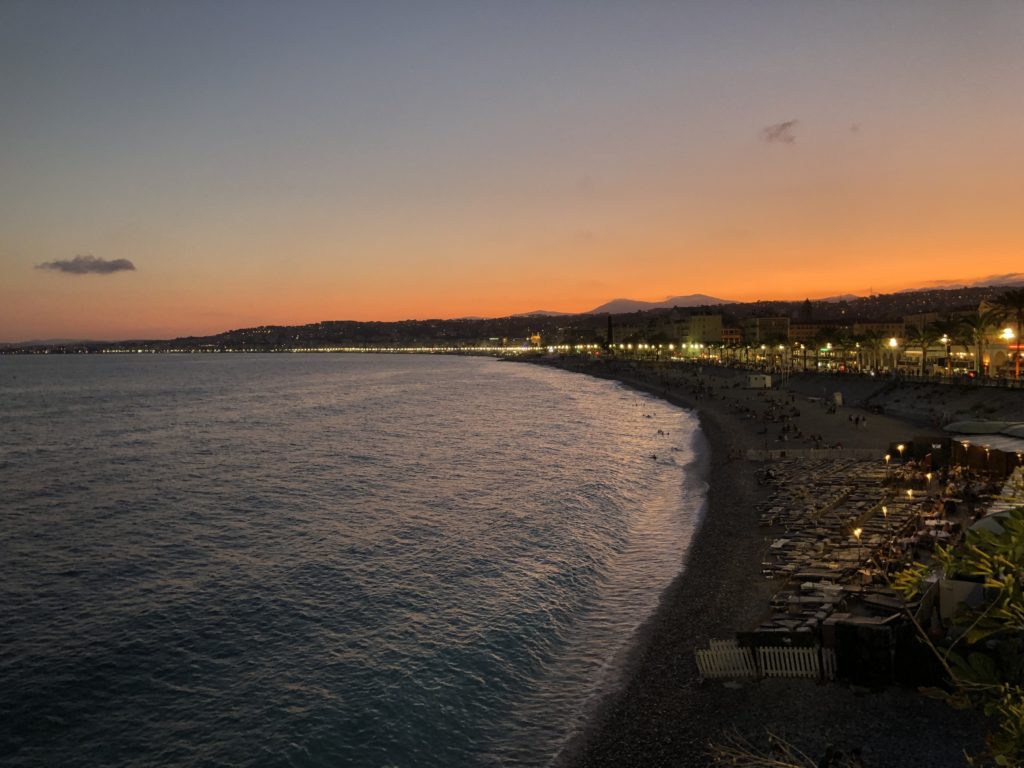 To keep the initial cost of our holiday down, we’d opted not to have breakfast at the hotel. It would be easy enough to nip out and get something. We found a bakery where croissants were €1 each or you could get 12 small assorted croissants, pain au chocolat etc for €5. We also discovered a Monoprix supermarket close to the hotel where you could get a 5 litre bottle of water for €1. So we bought those and poured them into our own water bottles to take out every day. In Copenhagen, we discovered the joy of Lidl (and have since shopped there a bit at home – my greatest purchase being 58p worth of seeds that transformed my garden). If we went to Lidl, we could buy the croissants the day before and have them ready for when we woke up. We trekked about a mile and a half to Lidl in the heat and it was rammed with locals who obviously couldn’t afford the crazy Nice prices 24/7. The queues went to the back of the shop and the bakery had been decimated, so we tramped back to the hotel empty handed.

Once we’d got used to it, it wasn’t all bad. We discovered that an evening meal for us all seemed to cost between €70 and €72 wherever we went. Not cheap, but not the end of the world on holiday.

Public transport was really good. We got buses a couple of buses and took a tram back to the airport, rather than a €55 taxi. Every journey we took, whether by bus or tram, was €1.50 per person.

Ice creams in Nice came in an incredible range of flavours and cost €2.50 each – about what we would expect to pay in Padstow.

Musee Matisse is a good sized art gallery (and also very nice and cool when the heat gets too much). It costs €10 for adults and accompanied children free. Even better, they let my eldest go in as a child, even though we’d told them he was 18.

So in short, a holiday in Nice isn’t cheap. We burned our way through over £1,000 in just five days. But there are five of us, so it was never going to be cheap.

I can see why people would go on all-inclusive holidays though. Next year we will go somewhere a little bit more economical. Although who knows what Brexit might do to the prices and exchange rate! 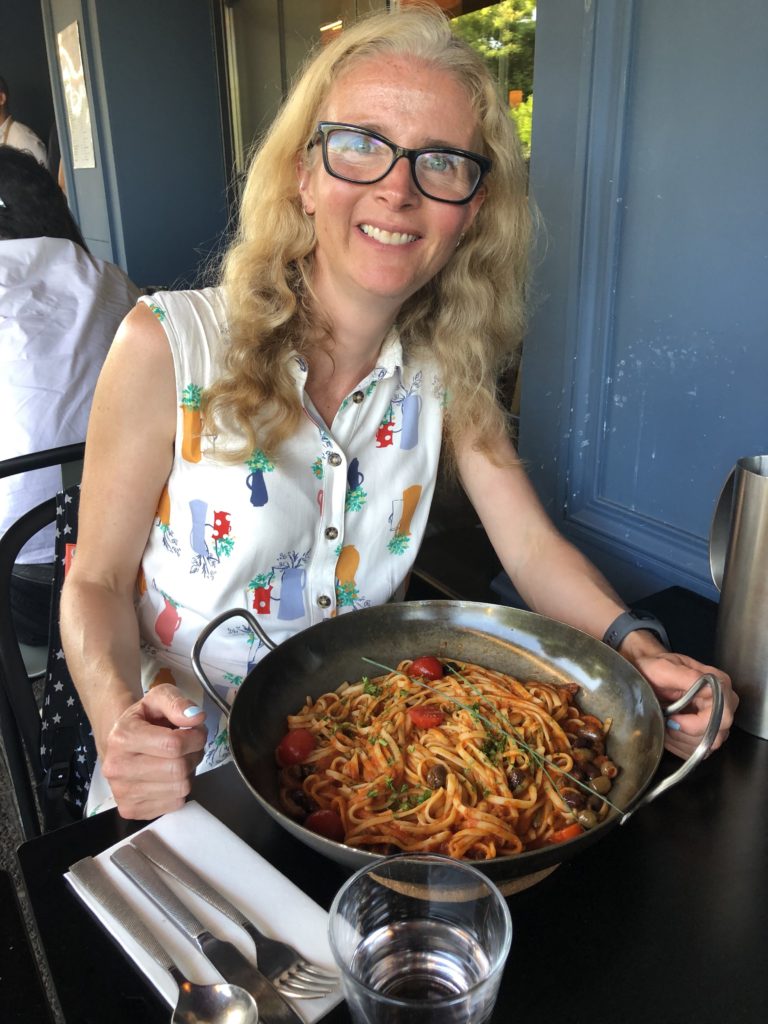