I picked Normal People by Sally Rooney up on one of my trips to Sainsbury’s to stock up on bargain books. I’d seen quite a buzz about it on social media, so thought I ought to read it. Even though I had no idea what it was actually about.

The reviews on the front certainly make it sound worth a read:

Normal People is set in Ireland a few years ago. It follows the lives of teenagers Connell and Marianne. It starts when they are still at school. Connell is the cool kid with lots of friends, while Marianne is the weirdo with no friends, who nobody talks to.

But Connell starts talking to Marianne and they form a special and very intense bond.

Normal People follows them through university as they try to stay apart, but keep getting pulled back together. They have relationships with other people, but the bond between them is too strong for them to stay away from each other for long.

At times I wanted to just shout at the book – ‘Why did you do that? Can’t you see that s/he loves you? Why don’t you just stay together?’ I’m not familiar with the love lives of 20-somethings, so maybe they are literally ‘normal people’ and that’s how normal people live their love lives.

This is not a conventional love story and it’s definitely not chick-lit. It’s a moving story of two increasingly troubled young people. There’s a lot of sex in the book, but the sex scenes are the most under-dramatised sex scenes I’ve ever read, which actually makes a refreshing change.

So did it live up to the hype?

For me, probably not.

It was an enjoyable read with likeable characters, but maybe there had been too much hype and I was expecting something more.

Have you read Normal People? What did you think? Best book of the year or just a pleasant read?

I’ve just heard that it is to be made into a 12 part BBC series. It’s a pretty short book, so I’m not sure how they will make 12 parts out of it! 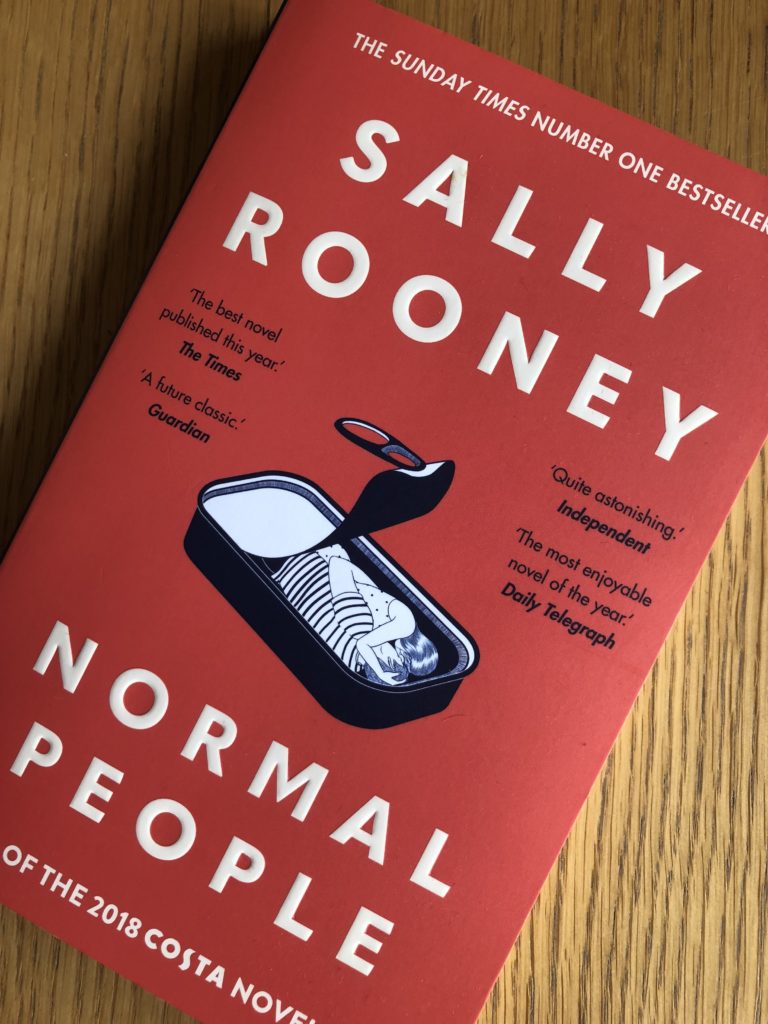