Scared to Death by Kate Medina

This year, I’ve discovered the Dr Jessie Flynn series of psychological thrillers by Kate Medina and I’ve really enjoyed reading them. Scared to Death is the second book in the series. I read the third book in the series, Two Little Girls, first, then recently read the first book – Fire Damage. A fourth book is due out later this year.

A baby is abandoned outside a hospital in the middle of the night. DI Bobby ‘Marilyn’ Simmons suspects his father intends to take his own life, following the suicide of his teenage son the previous year. But the baby’s grandmother is convinced her son would never leave his own baby.

Meanwhile, a 16 year old soldier is murdered while on duty at his army base. Did one of his own colleagues kill him?

Army psychologist, Dr Jessie Flynn, is back at the base after a tour of duty. Her first patient is another 16 year old soldier. He denies he has any problems and is angry that he has been referred to a psychologist. But Jessie is certain something is happening at the base to upset the very youngest soldiers. Can she, Marilyn and Captain Ben Callan get to the bottom of it before any other young boys die?

In Scared to Death, we learn more about Jessie’s own troubled past. She and Callan both have a lot of demons to deal with and they are developing feelings for each other. But the case must come first.

This is another real page turner from Kate Medina. It’s not necessary to read it after Fire Damage and it works perfectly well as a stand-alone read, but I  would also recommend reading the full series. I really like the complex and believable Jessie. I’ve loved reading the series this year and am looking forward to the new book later this year. 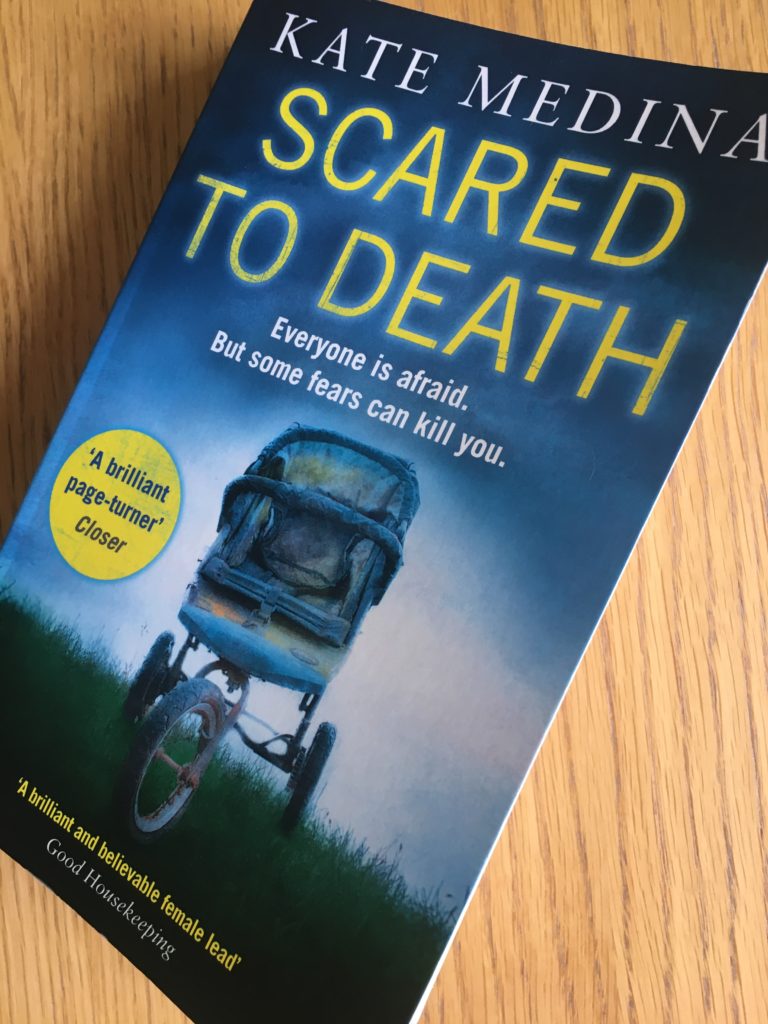