Anatomy of a Scandal by Sarah Vaughan

Home » Book Reviews » Anatomy of a Scandal by Sarah Vaughan

Every few months, I go to Sainsbury’s and buy myself a small pile of books, just because they’re cheap. I have a quick read of the blurbs, but I’m not looking for particular authors or particular books I’ve heard about, I’m just looking for something to read. Which is how I came to acquire Anatomy of a Scandal by Sarah Vaughan.

An MP’s marriage is thrust into the spotlight and a barrister thinks it’s time that justice is done.

The MP believes he can charm his way out of a difficult situation, just as he has done many times in the past. But has he gone too far this time? And how much longer will his wife stand by her man?

This is the story of the scandal and the women at the heart of it. Set in Westminster and the Old Bailey in the present day and Oxford University in the early 90s, the story unfolds in court. But what is the connection with Oxford University and the student from Liverpool feeling overwhelmed by her surroundings and the people she meets?

The author draws on her own experiences as an Oxford student and as a political correspondent at The Guardian to paint a believable picture of life in the corridors of power at these British institutions. And, having read it, it would put me right off the idea of my kids ever going to Oxford or working at Westminster.

It’s not quite my usual reading matter – being more about the legal process, and less of a page turner, but I really enjoyed Anatomy of a Scandal. It is a story for the #metoo era and I don’t doubt that such things have happened in Westminster and will continue to happen there and anywhere else where men have all the power and believe that women are there purely for their entertainment and enjoyment.

It’s not a very easy read, but Anatomy of a Scandal has a clever plot and I would recommend it to anyone who is interested in power and corruption.

Update 2022: Anatomy of a Scandal has now been made into a Netflix show, starring Sienna Miller, Rupert Friend and Michelle Dockery. 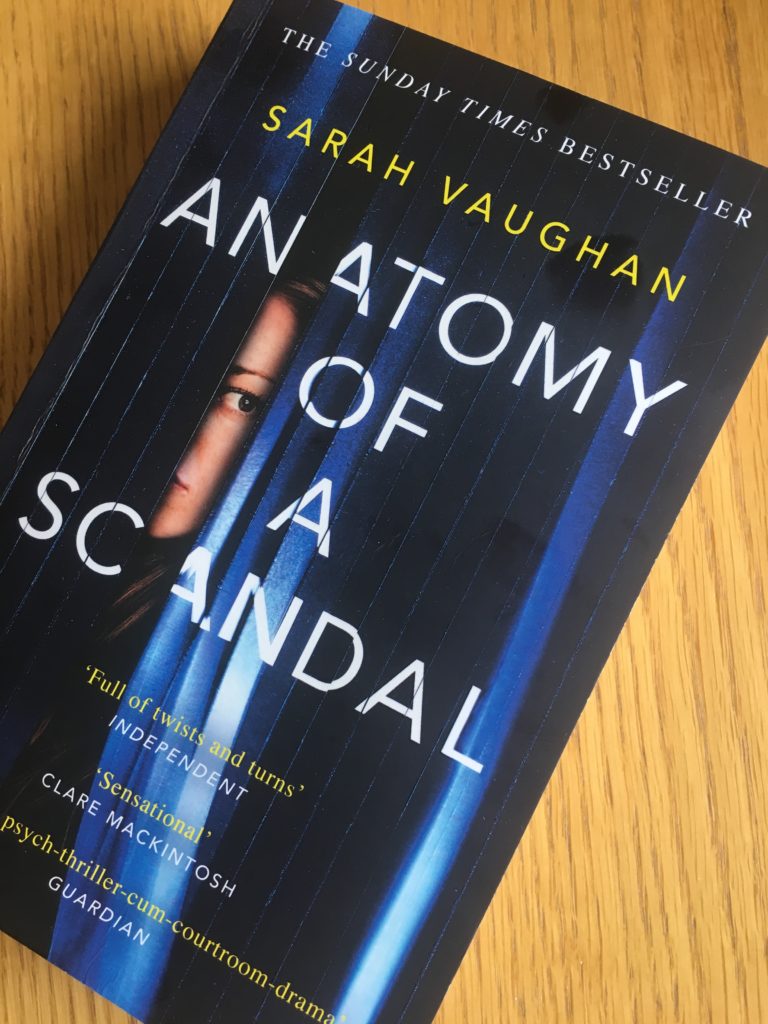