The Bazaar of Bad Dreams by Stephen King

But it got off to a very good start with Mile 81. I shouldn’t have liked this story. It was horror and very far-fetched and I like neither horror nor things which are far-fetched. Yet I was completely hooked by it. And I remembered that I really like Stephen King’s style of writing too, which is no-nonsense and like nothing else I’ve read. It’s like talking to a world-weary blue collar worker who likes a drink and doesn’t hold back on the swearing.

Even when writing short stories, Stephen King manages to really paint a vivid picture of the characters and their surroundings. Generally, I liked the slightly longer stories better than the very short ones as there was more time to get absorbed by the plot. My favourite stories included Bad Little Kid, Ur, Cookie Jar, Obits and Drunken Fireworks. The stories weren’t all full-on horror, but death was a fairly prevalent theme.

To be honest, I pretty much enjoyed every story in this collection, apart from the poem, The Bone Church, which I really didn’t understand at all. I was confused by Blockade Billy, which was a baseball story, with A LOT of detail about baseball. I thought about giving up on it, but when it got to the crux of the story, it was actually very satisfying.

It took me about a month to read this book, although I was reading it over the Easter holidays and I always have less time to read when the kids are at home. Possibly it might have been better to read it over a longer period of time, by reading bite-sized chunks of one or two stories at a time, but that isn’t really my style, so I stuck it out for the full 500 pages.

If you’re a fan of Stephen King, or just of writing that is dark and humorous, you should check out The Bazaar of Bad Dreams. 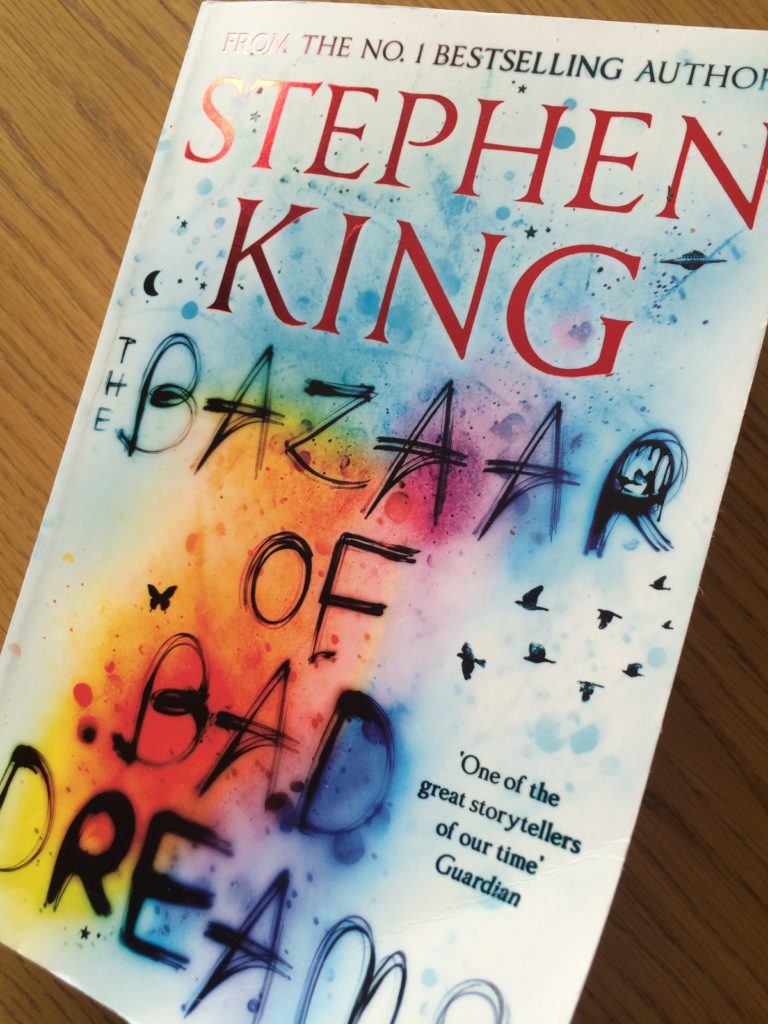