The Stranger in my Home by Adele Parks

Home » Book Reviews » The Stranger in my Home by Adele Parks

I was still reading a lot of books I didn’t enjoy earlier this year when I saw a review for The Stranger in my Home by Adele Parks. It sounded very interesting, so I went and bought it!

I’d read a couple of Adele Parks books back in the day and they’d left me underwhelmed. They were very chick-lit, very forgettable. But chick-lit authors mature. They stop writing about PR girls in London meeting unsuitable dashing young men, before falling in love with their male best friend who they had never seen in ‘that way’ before. They write about marriage and kids and things I can relate to.

The Stranger in my Home is written from the point of view of Alison, a 40-something mum, who leads a happy life with Jeff and their brilliant teenage daughter. Katherine isn’t like a normal teenager, she doesn’t rebel or sulk or slam doors. She is happy, hard-working and the absolute centre of Katherine’s world.

Then an unexpected visitor changes everything for Alison, Jeff and Katherine. Fifteen years ago, someone else took Alison’s baby from the hospital. Katherine isn’t Alison’s daughter.

This is a very well-written book and a real page-turner. I really grew to understand Alison and relate to her. Even though I knew what was going to happen, because it actually said it on the front cover, I was still in bits when Alison received the terrible news about her daughter. Because I’m a parent of a 15 year old myself. What parent reading that wouldn’t put themselves in Alison’s shoes and imagine how that would feel?

Alison hates Tom, Katherine’s birth father, but gradually she realises they need to work together and slowly they form a bond as they struggle to deal with the changes in their families.

There is a twist about three-quarters of the way through the book which I really didn’t see coming. It changes the story from emotional family drama into something into else.

If you like an emotional read, with a fair few twists along the way, I can definitely recommend The Stranger in my Home. Adele Parks might have written chick-lit back in the day, but this is way better than chick-lit! 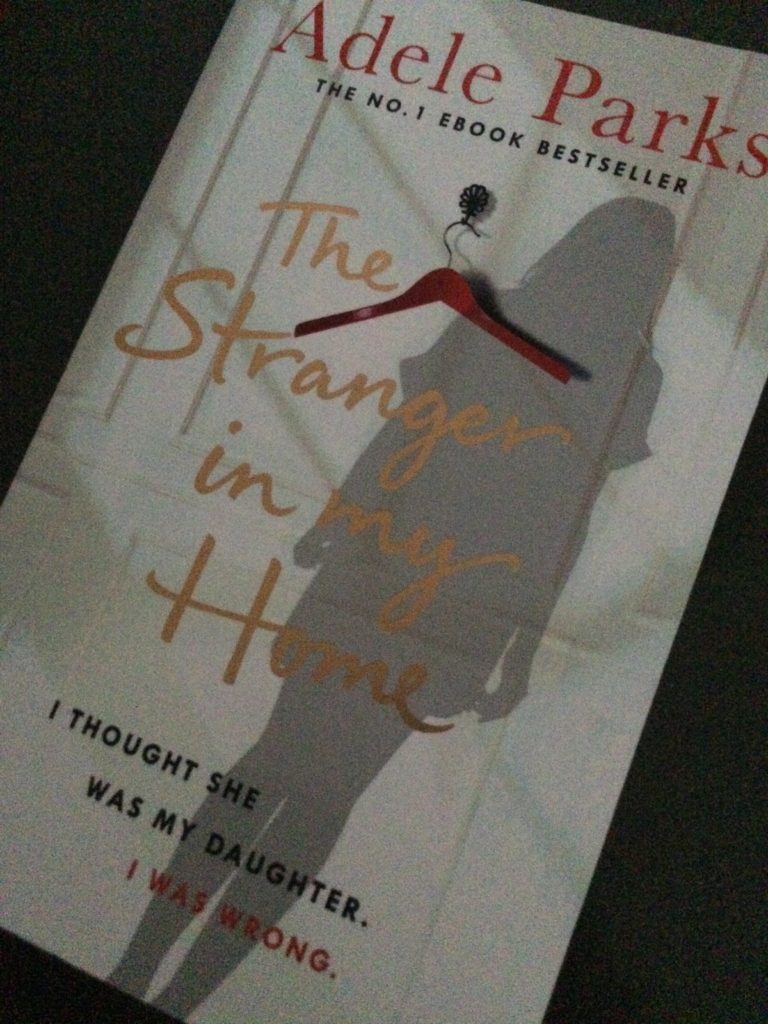