If you’ve got a child aged between 7 and 12 and they’ve never read a Tom Gates book, you seriously need to rectify that now.

The Tom Gates books have won lots of awards, and rightly so! They are entertaining and engaging for both boys and girls. It was my younger son who first got into Tom Gates, about three years ago. He was closely followed by my daughter. And me. I absolutely love Tom Gates.

Tom is a loveable rascal, the creation of author and illustrator Liz Pichon. He’s not a bad kid, but he tends to ignore the rules slightly and get himself into awkward situations. He is always doodling in class, just like his creator. Every page of a Tom Gates book is hand-written and hand drawn, making it easy and interesting to read for reluctant readers.

There’s nothing very exciting happens in a Tom Gates book, but they still make for brilliant reading. Tom is just a normal boy, doing normal things, so kids can relate to him. The stories are all about family and school. There’s characters that appear in every book – Tom’s best friend Derek, Marcus, the nasty boy he sits next to in class, his teacher, Mr Fullerman, with his funny eyes and his extremely grumpy sister, Delia.

The relationship between Tom, Delia and their parents is only too familiar to anyone who has a teenager and a tween, who is still essentially cute and nice.

There are now 10 books in the series and they are being published at the rate of about two a year. My absolute favourite is Yes! No. (Maybe…), which is mainly about a car boot sale, but has such a perfect and simple storyline. I was concerned that the most recent offering, Super Good Skills (Almost), may have lost its way slightly, but the second half of the book really redeemed it, with another entertaining story.

If your kids have never read a Tom Gates, I would definitely recommend they give them a try. I’m pretty sure you will love them too! 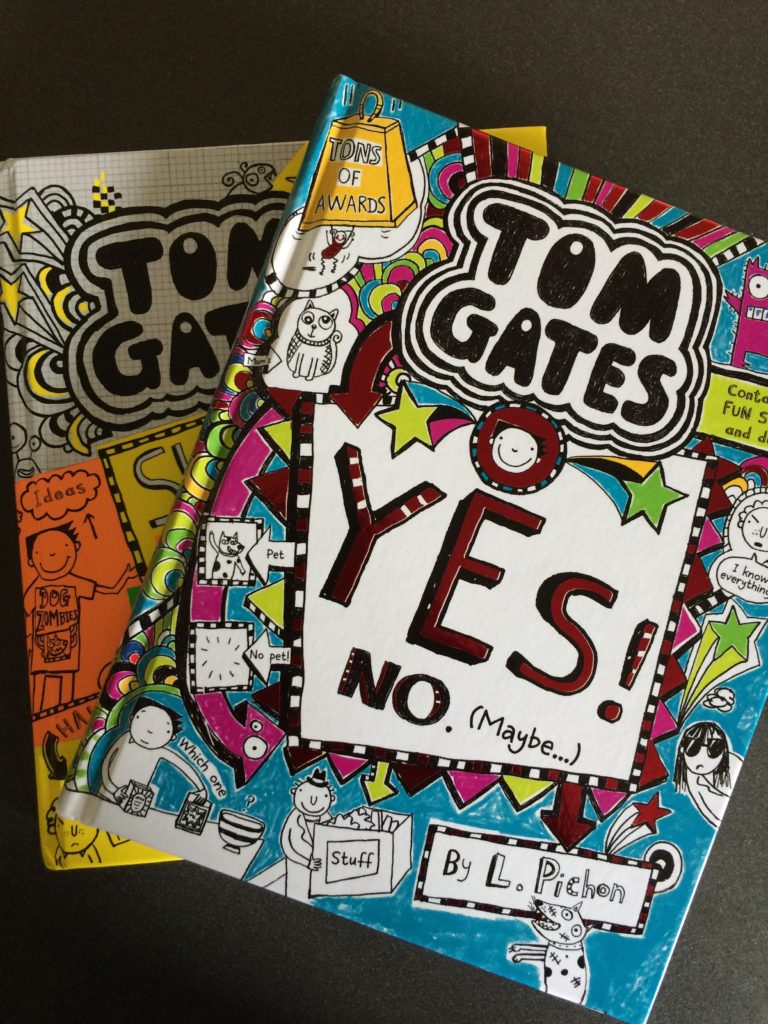