Last week, my husband and I notched up 16 years of married life together. It’s not a significant anniversary, but it’s still quite an achievement in this day and age.

Not surprisingly, we’ve done a lot in that time. We had three children in less than six years, the first born a few days before our one year anniversary. We’ve bought three houses – moving from a flat to a terrace, then to a semi-detached and now to our lovely detached house. We’ve both given up jobs to go it alone. I’m pleased to say that’s worked very well for my husband. And for me? Well, it’s ticking along.

We’re not romantics, we don’t go in for grand gestures and big shows of affection, but we’re pretty happy on the whole.

And we always make sure we mark our wedding anniversary.

Since 2008, we’ve had a ‘tradition’ of going to London to watch a show, just a matinee, so we don’t need a night away. We don’t often get away from the kids, so it’s a nice thing to do. Over the years we’ve seen: Oliver; Joseph; Legally Blonde; War Horse; Charlie & the Chocolate Factory; The Book of Mormon and this year we saw Aladdin.

We always buy each other presents too and my husband is particularly good at buying them. But this year I couldn’t think what to get him. It’s hard when the anniversary comes so soon after his birthday and Father’s Day. Plus he’d recently stocked up on clothes and cycling gear. So we agreed our trip to London would be our present to each other.

You know those married couples that dress the same? We looked at ourselves as we caught the train to London and realised what 16 years of marriage does to you. Yes, we have become that couple. We were both wearing grey Superdry tops and black jeans (his Levi’s, mine Superdry) and very similar looking trainers (his Superdry, mine Converse). 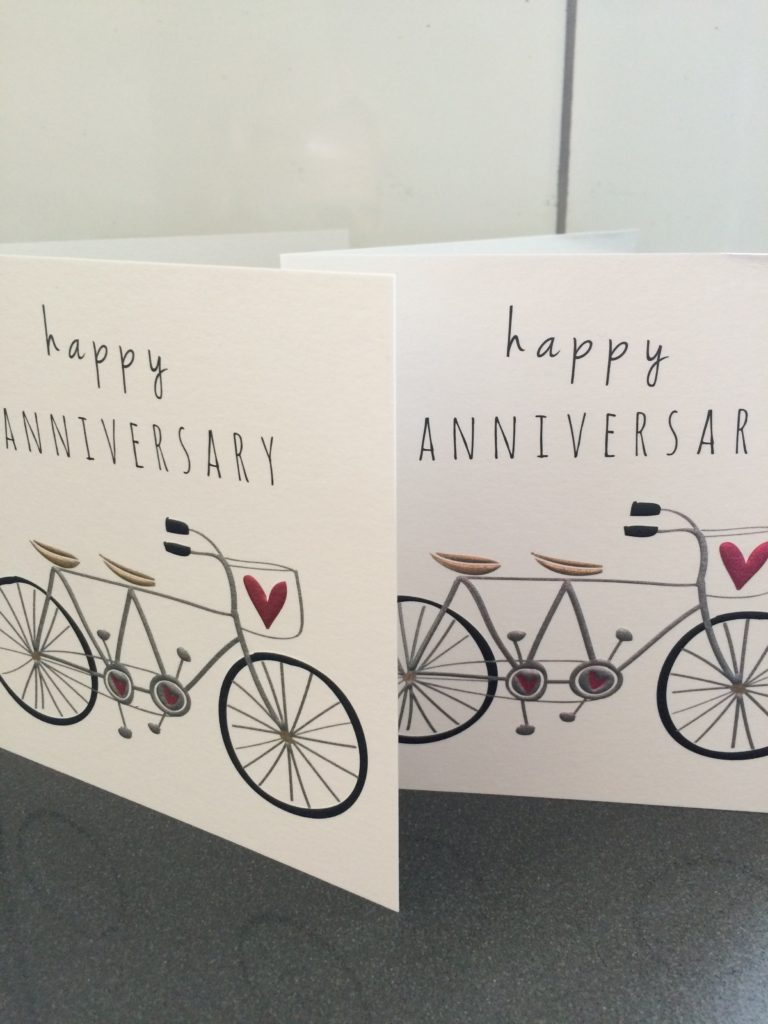 Oh, and he’d cheated and got me a present. While I was distracted by trying on dresses (dresses, me, I know!) in Superdry, he’d sneaked off and bought the Tshirt I wanted. When I wondered out loud whether I should get the Tshirt, he said it would probably be best if I didn’t – what with us spending far too much money on going to London, school trousers and running trainers in the space of a week.