Does anyone else have that book, the one that sits at the bottom of the pile and never gets read? It’s forever being overtaken by newer and more exciting books? For me, that was Queen: The Definitive Biography by Laura Jackson. I am a huge Queen fan and bought the book second-hand on a whim at last year’s Wychwood Festival, but never got round to reading it. It was getting to the point where I thought I never would read it.

But, eventually, after more than a year, I did read it. And guess what? I loved it!

I know a fair bit about Queen, but I learned a whole lot more from this book. I had never realised how long it took them to actually become successful, how many negative reviews they’d had over the years and how few number 1s they’d actually had. Because we always think of them as mega-successful, don’t we? But, actually, that global rock star thing didn’t really happen until the 1980s, after they’d been going for 10 years.

I really enjoyed reading about all the albums and songs I’d loved as a teenager – I was always into their early stuff from the 1970s, even though I was a big fan in the late 80s and early 90s. I’d had all those albums on tape and now I really need to get hold of them again!

The account of Freddie’s struggle with AIDS and his death is so awful and so moving. Now people are living for such a long time with HIV, but back then it really was a death sentence, and a pretty quick one at that.

For a few days while I was reading this book, it filled my head with a bygone time which still feels current and real. It’s hard to get your head round the fact that Queen existed for 20 years before Freddie Mercury died and it’s coming up the 25th anniversary of his death.

Yes, this book is definitely one for Queen fans. But it’s a reminder to all of us not to let books get pushed to the bottom of the pile, because you never know what gems you might be ignoring! 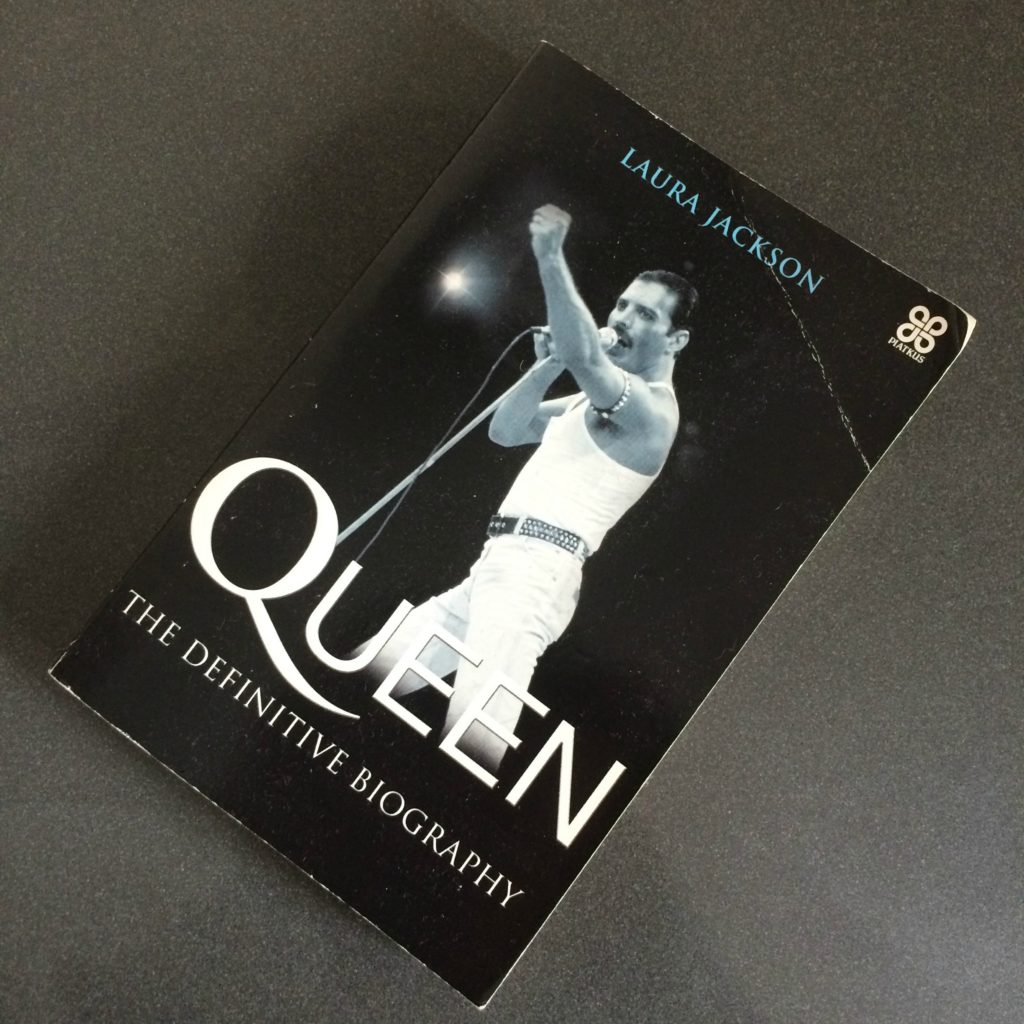