I remember when the film of Disney’s Aladdin came out. It was the early 90s and I was a student. I wondered if a grown adult could go to a kids’ film. But I did and I loved it. I had it on video too (remember those?) and watched it a lot. I knew all the words to the songs and most of the script, just as I did with The Lion King a year later. Those were the days… Time to watch things repeatedly. Now I don’t have time to watch things even once. But I digress.

Back when Disney’s Beauty and the Beast and The Lion King came to the West End, I went to watch them and loved both shows. It’s amazing how they can transform a film onto the stage and not lose any of the glitz and excitement from the musical numbers. 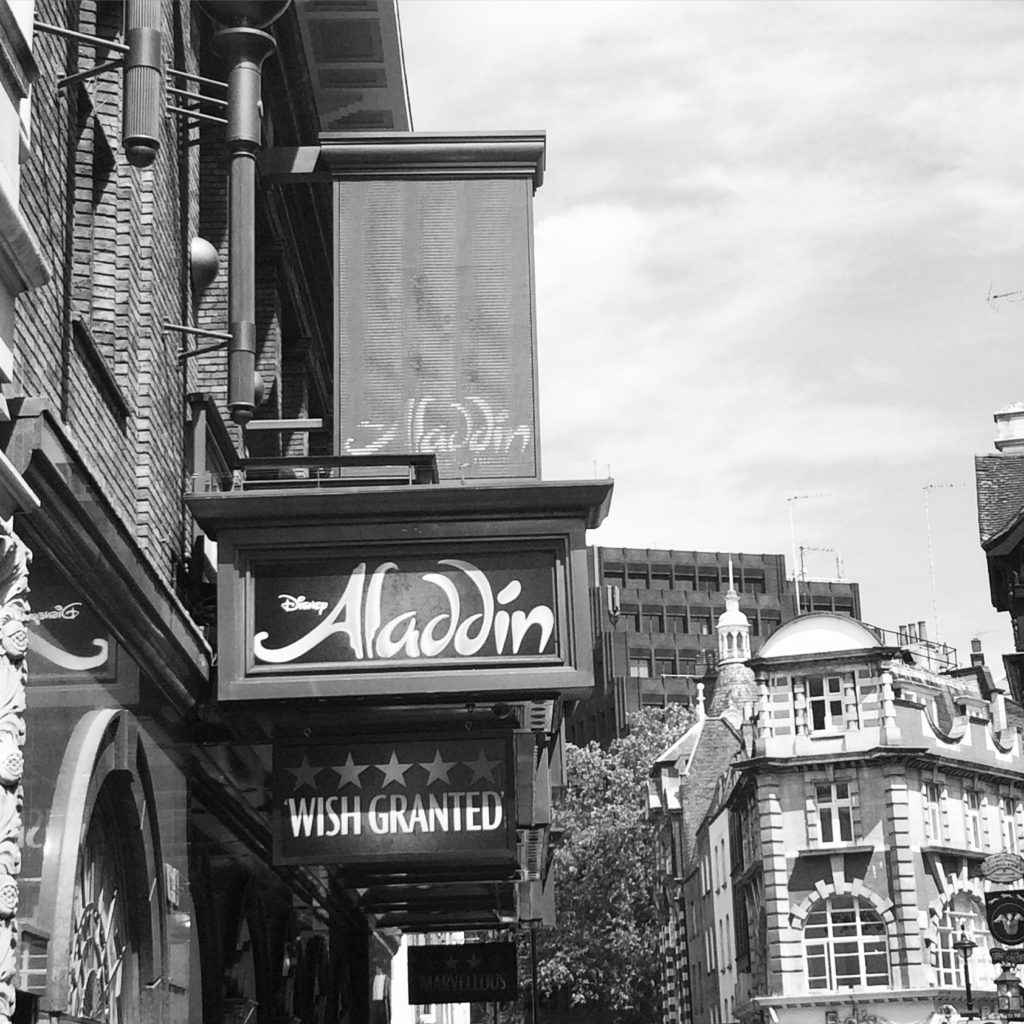 Fast forward many, many years and Aladdin, after three years on Broadway, has arrived at the Prince Edward Theatre in London. It’s only been open a few weeks, so I was very excited to go and see it for our traditional wedding anniversary trip to London.

The costumes and sets are just so lavish. You’ve never seen so much sparkle in one place. In one musical number, Prince Ali, the chorus have about three costume changes each and every costume is more stunning than the last. It is big and bold!

I thought Princess Jasmine played her part beautifully and with just the right level of humour and sass. Jafar’s pet parrot has been replaced by a small, panto-like man, who was very funny. But one person stole the show – Trevor Dion Nicholas, as the Genie. He had transferred over to London from Broadway, and you can see why. He is big, brash, funny, camp and a cool mover. His comic timing is perfect and he is just such a likeable character. Dare I say, he took Robin Williams’s Genie from the film and made it even better?! His main two musical numbers, Prince Ali and Friend Like Me were truly stunning.

If you loved the film, or even if you’ve never seen it before, Aladdin in the West End is thoroughly entertaining. And if you can catch it while Trevor Dion Nicholas is starring in it, even better!

Now I’m in trouble with my daughter because I didn’t take her and she’s the one who loves the theatre most and wants a career in it. Bad mummy. We will have to go back!

We paid for tickets to Aladdin ourselves. I just wanted to share what a fantastic show it is. Of course I’ve got no photos of the show itself, because taking photos in the theatre is completely banned. 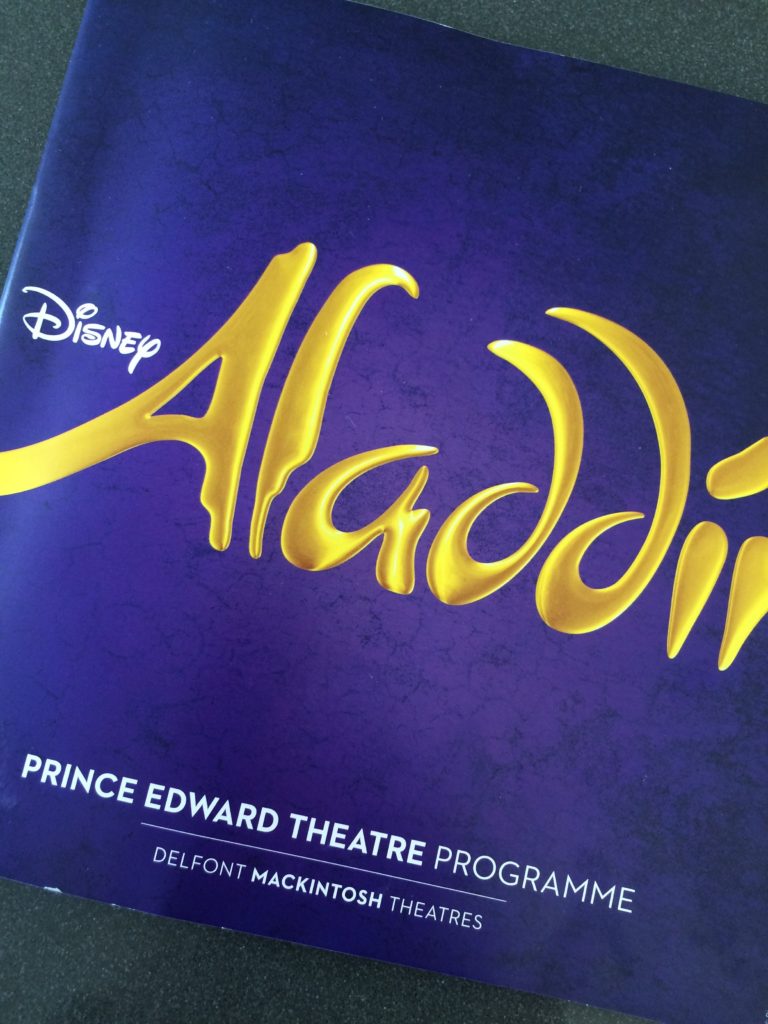