Another week, another brilliant thriller translated from a foreign language. I bought I’m Travelling Alone based on a good review I read and I wasn’t disappointed!

Samuel Bjork’s novel has been translated from Norwegian and has been a huge hit across Europe. I can definitely see why.

The front cover has a little review on it saying ‘Watch out Jo Nesbo!’ and I totally get that. I’m a huge Jo Nesbo fan and this is every bit as good. It might be (whispers) even better than Jo Nesbo. There is something particularly human about the characters and their relationships that make you really care. Plus the story is a real page-turner, which always helps.

A 6-year-old girl is found murdered and hanging from a tree with a luggage label around her neck reading ‘I’m travelling alone’. Veteran detective, Holger Munch, is immediately put in charge of the investigation and assembles his old team. But can he get his brilliant partner Mia Kruger to join them? Mia is reluctant to return to work and has retreated to an island, preparing to take her own life.

Reviewing the evidence, Mia spots something the others haven’t seen – a number one carved into the dead girl’s fingernail. She realises this is only the beginning. How many more little girls will die?

The book has a huge cast of characters, but it never gets confusing. It moves at a fast pace, flitting between the different story lines. There’s a lot of back story and it read rather like it was the third book in a series, but apparently it’s the first. I will definitely be looking out for the rest of the sequence when it’s published over here.

I read a lot of thrillers, but this is one of the few which actually scared me. I read a scene just before I went to sleep and then wished I hadn’t. I had a dream that I lost my daughter and had to go and check she was still in her bed when I woke up. It really was that scary!

The ending had me in tears, which is always the mark of a good book to me.

I’m Travelling Alone is a brilliant thriller, but definitely not for the fainthearted. If you’ve never read a thriller before, dead little girls is probably not the best place to start, but if you’re a hardened reader, I’m sure you will love it every bit as much as I did! 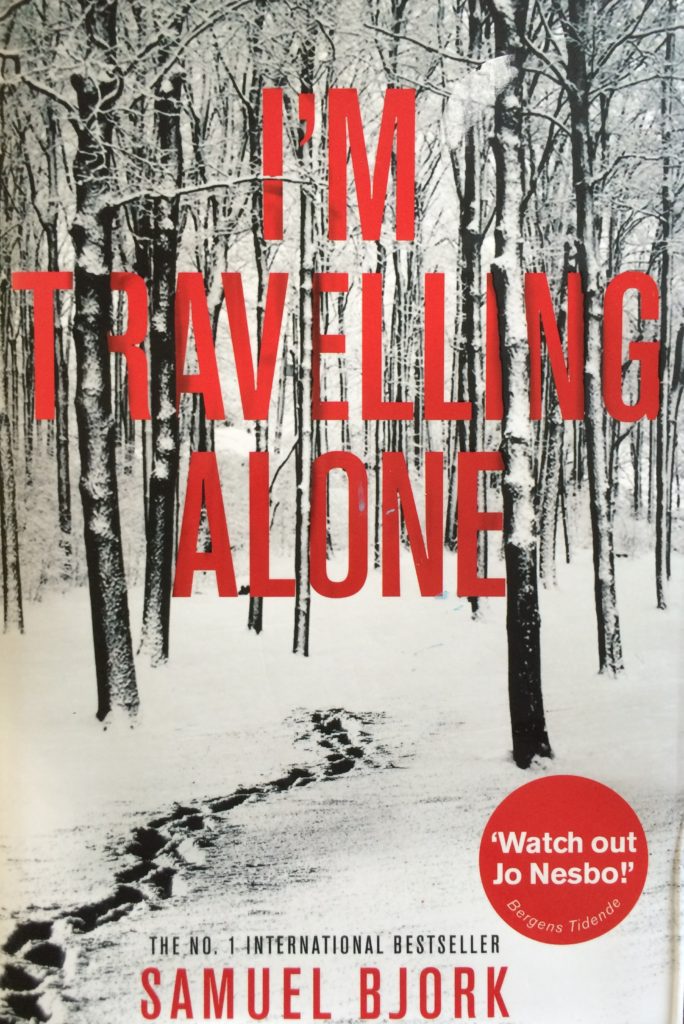