The Slaughter Man by Tony Parsons

A wealthy family is brutally murdered on New Year’s Eve and the youngest child is abducted. Could a dying serial killer be to blame? It’s down to DC Max Wolfe to find out what’s happened and catch the killer before it’s too late.

I’ve loved Tony Parsons since Man and Boy was published in 1999 and enjoyed his first Max Wolfe novel, The Murder Bag, last year.

DC Max Wolfe is a very likeable character. Like most of Parsons’ characters, he is a single dad with a young child, who puts his family first. His relationship with his daughter, Scout, brings a very human side to the character and to the story, which is lacking in most crime novels.

The Slaughter Man doesn’t disappoint. It is very easy to read, while also being very well-written. The British setting makes it easier to relate to than many thrillers. The story has plenty of twists and turns and plenty of nasty, dark and life-threatening scenarios.

If I have one criticism it’s that things seemed to resolve themselves a bit too easily. Wolfe seemed to always be in the right place to piece together the next part of the mystery, but it doesn’t make the story any less enjoyable.

If you’ve never read a crime novels or thriller, but are tempted to give one a try, this could be a good place to start. 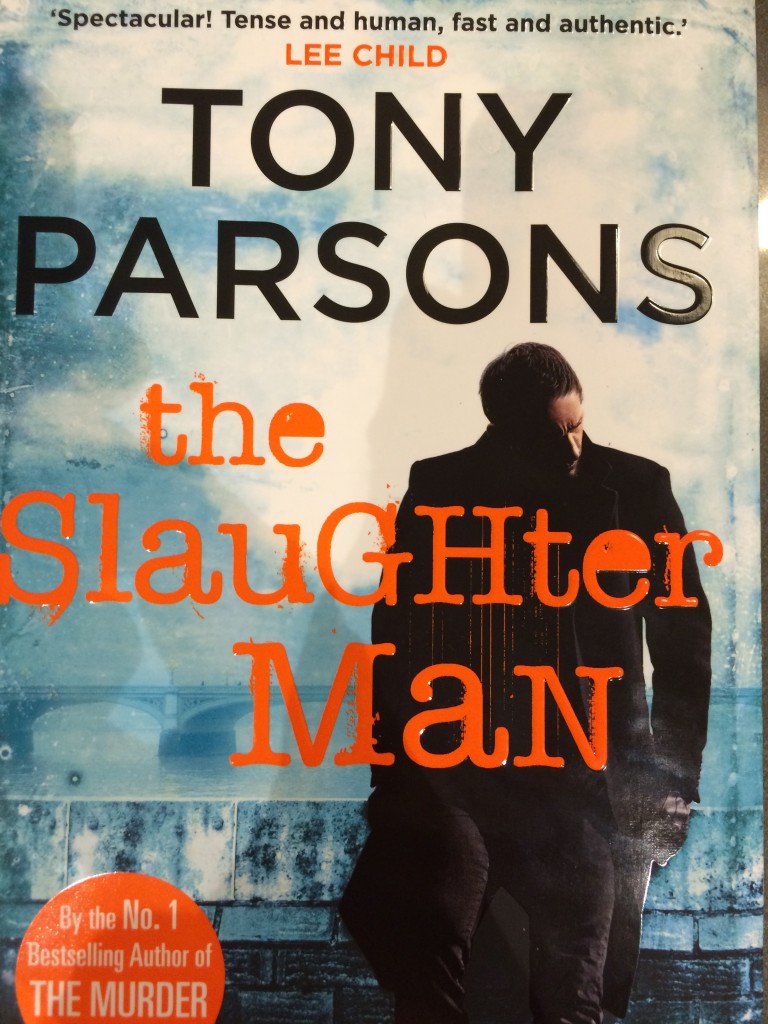