It was the afternoon of New Year’s Eve and I was bored. My daughter was at the theatre for two performances of the panto, my husband had gone into work for a few hours and my eldest was planning to go out with friends. My younger son and I needed a bit of exercise and fresh air.

It had been a lovely, sunny morning, but as the day had gone on it had got darker. The forecast was for light rain and it had already rained a bit before we set off, but it was dry when we started walking. I do possess sensible clothing like waterproof trousers, wellies and walking boots, but I set off in jeans, trainers and a coat which leaks in heavy rain.

I asked my son where he wanted to go. I expected jokes about go round the corner, up the next road and home again. I was standing firm on walking at least a mile, but he took me by surprise.

‘Let’s go over the railway crossing and past the park.’

This was a long walk. If I’m honest, it was further than I wanted to go. We weren’t wearing waterproofs and we had nothing to drink. But I didn’t say so. I was pleased he’d chosen to push himself and get a decent amount of exercise.

And so we set off on our long walk.

It was very pleasant to be walking with him and just talking. It’s not often I get to spend time with any of my kids on their own. Sometimes he can talk for hours about games, endless monologues which are confusing and, if I’m honest, boring. But he didn’t mention games once. He talked about school and a lot about his sister.

‘I feel sorry for her,’ he said, completely unprompted.

He’s caring and perceptive and knew how sad she would be feeling when the panto was over just a couple of days later. There had already been some tears. She doesn’t know how she will cope with adjusting back to normal life. He knew how hard it would be for her.

He was pleased to be walking somewhere he often goes in the car, but doesn’t usually walk. He talked about walks he’d done with Scouts.

He’s a bright boy, but it soon became clear that he actually hadn’t realised how far the walk really was. Distances are so much shorter when you’re in the car.

We were about a mile and a half from home when we felt the first drops of rain. They were big drops and they were coming fast. Within seconds, it was hammering down. Water was bouncing up from the road and drifting across it in sheets, and puddles were growing rapidly.

We were nearly halfway on our walk, but it would have been quicker to turn round than carry on. But my son was determined to keep going. We could phone Daddy or Grandpa to pick us up? No, he wanted to keep walking. 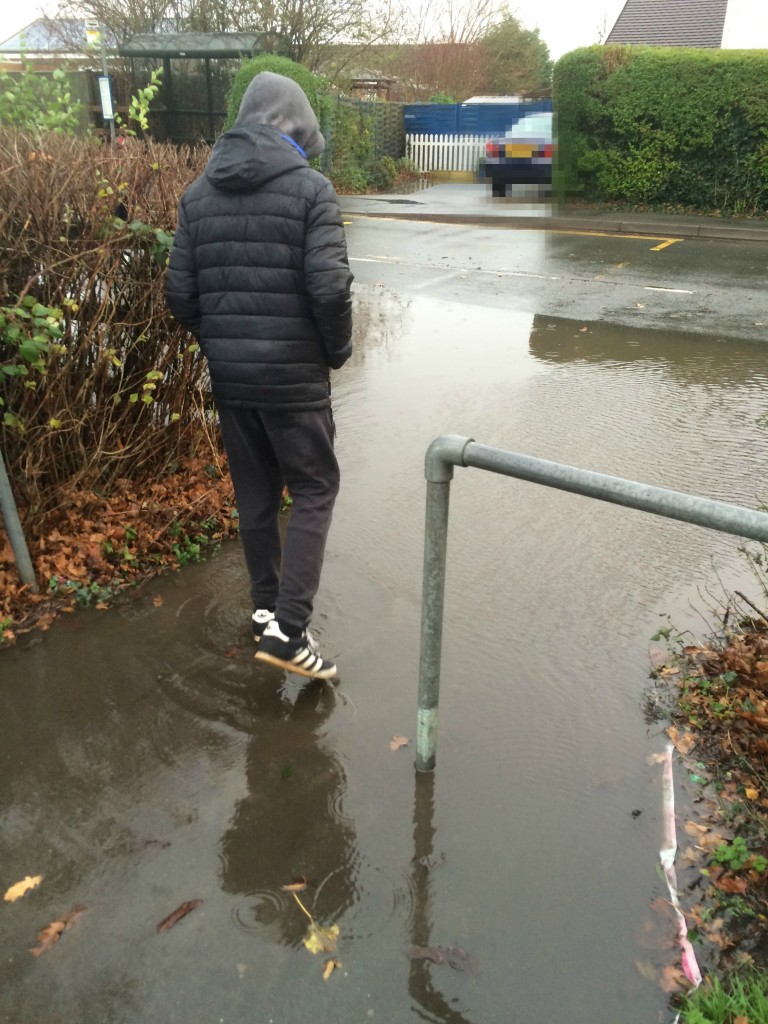 Water was now rushing down the road in rivers and we were having to jump out of the way every time a car went past. The tidal waves they created were incredible and, yes, we did get soaked by them a few times.

And still it kept raining.

My jeans were soaked through and were stuck to my legs. The friction of wet jeans rubbing against them was making them sore. My leaky coat had leaked. My trainers had soaked through and now I could feel pools of water flowing up and down inside them as I walked. It was exactly the same for my son, except he had soaking wet, heavy jogging bottoms, rather than jeans sticking to his legs.

I was wearing my gloves and they had soaked through. They were wet, cold and heavy. I took them off.

‘You’ll regret that,’ said my son.

He was right. Without the gloves, however wet and cold, my hands felt like ice in the rain and wind. I put the soaking wet gloves back on.

And still we walked. And still I asked my son if we shouldn’t phone someone for a lift. But he was determined. We had to carry on. All I could think of was a nice warm shower and the central heating. My son had been coughing and complaining of a painful chest. The rain was really the last thing he needed, but he wasn’t giving up.

The knees of my black jeans looked white. How strange. It must have been a trick of the light, with the water shining off them. It wasn’t. It was soap bubbles. It was actually washing powder, which hadn’t been totally rinsed, being brought back to life and rinsed by the rain. That’s something I’ve never seen before. 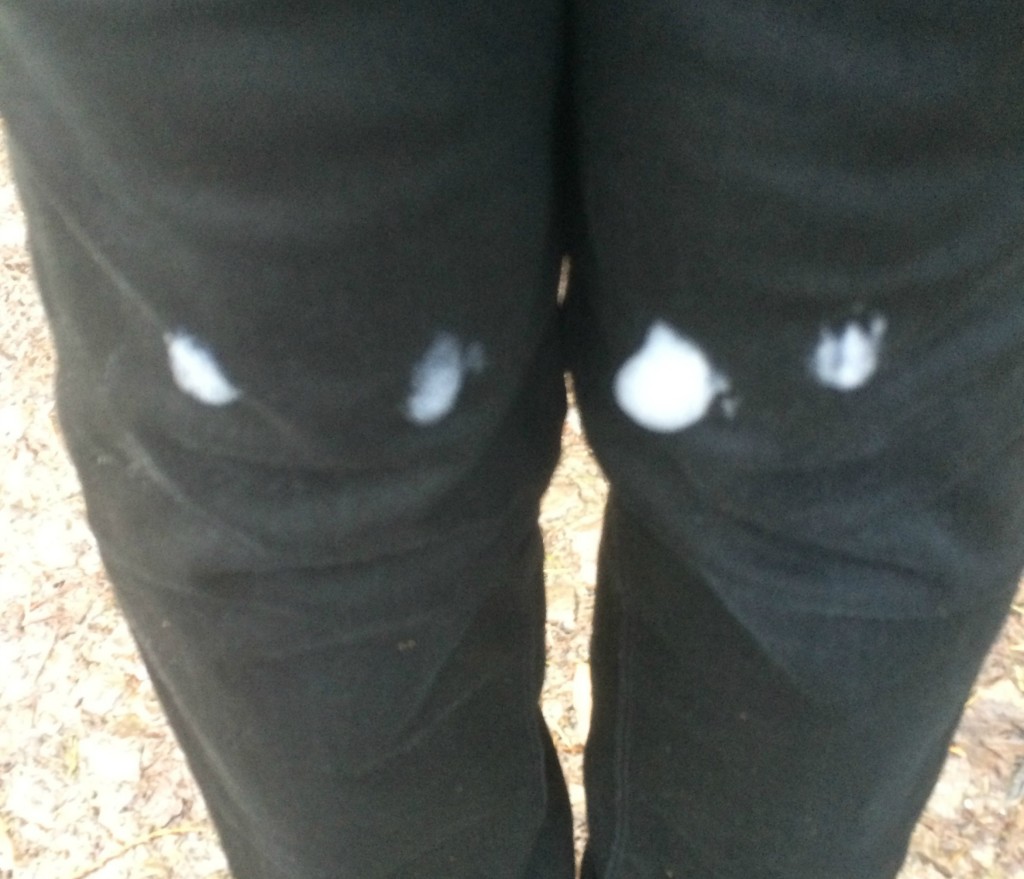 The rain eased a little bit, but it didn’t help. We were as wet as it was possible to be.

It turns out I had underestimated the distance of the walk too – I’d thought it was about three miles, but it was actually three and three quarter miles. It was such a relief to get home and peel my clothes off. I was literally soaked to the skin.

It’s a new year’s walk we won’t forget in a hurry.