Teenagers and alcohol: Are you drinkaware?

Home » Family » Teenagers and alcohol: Are you drinkaware?

Teenagers drink. I know that. But, when it comes to my own 14 year old son, I must admit to burying my head in the sand. Because my son won’t drink, will he?

A recent post by fellow blogger Emma from Emmaand3 got me thinking – he’s actually getting to the age where he might start drinking. Undoubtedly there will be some of his friends and schoolmates who already are drinking regularly – preferably small amounts at home with their parents, but maybe larger amounts in the park or at parties. 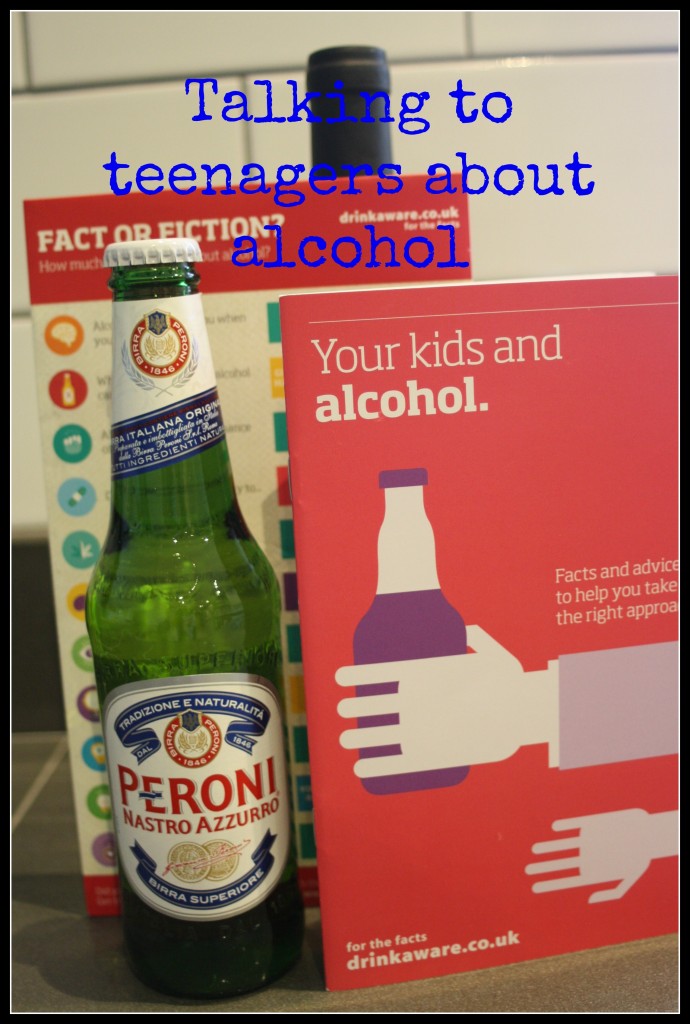 When it comes to alcohol, I’m unusual. I’m a lifelong teetotaller, which means I’m far more anti-drinking than the average parent. My parents are teetotal and so is my sister. (We’re not religious, we’re not reformed alcoholics, we just don’t like drinking and never have.) In our family, there’s only my husband and my brother who drink.

I know A LOT of information about drink and it’s enough to put me off. In fact it has put me off for a whole lifetime – everything from hangovers and vomiting to increased chances of accidents and becoming a victim of crime. It all scares me and it all makes me not want to drink. (For anyone who thinks I’m weird, you genuinely don’t miss what you’ve never had.) 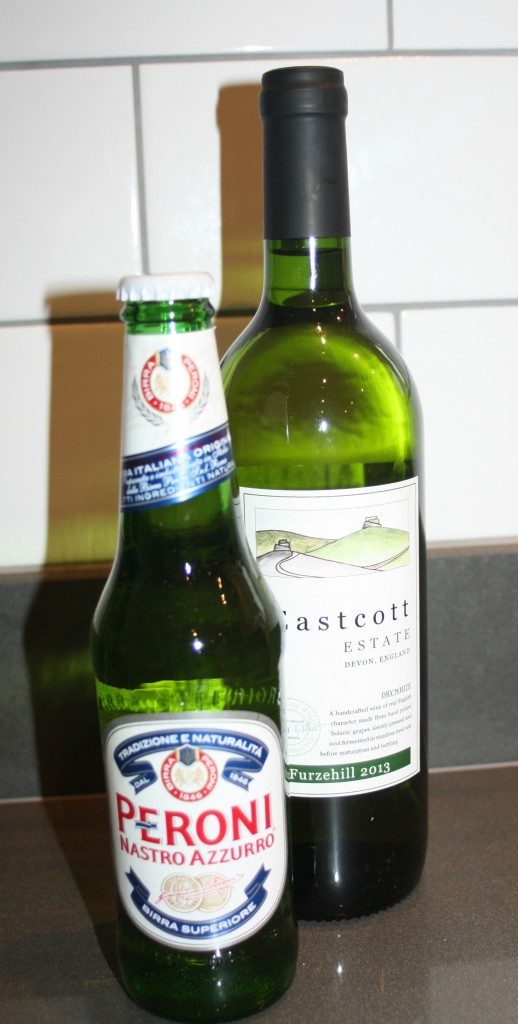 But I can’t rely on my own kids choosing the same path as me. They have to make their own decisions when the time comes. And when it does come, I want them to be well-informed and make sensible choices which will keep them safe.

As far as I’m aware, my 14 year old son has never had a drink, but I can’t be sure. He has certainly never been drunk. He likes to joke about wanting to drink Jack Daniels, but considering all he drinks is water or milk (he doesn’t like squash, juice or fizzy drinks), I’m hoping that it will be a very long time before he actually does drink whiskey!

In order to tackle harm from underage drinking, Drinkaware aims to encourage parents to proactively talk to their children about the risks of alcohol. And nobody needs it more than a parent who has never had a drink herself! 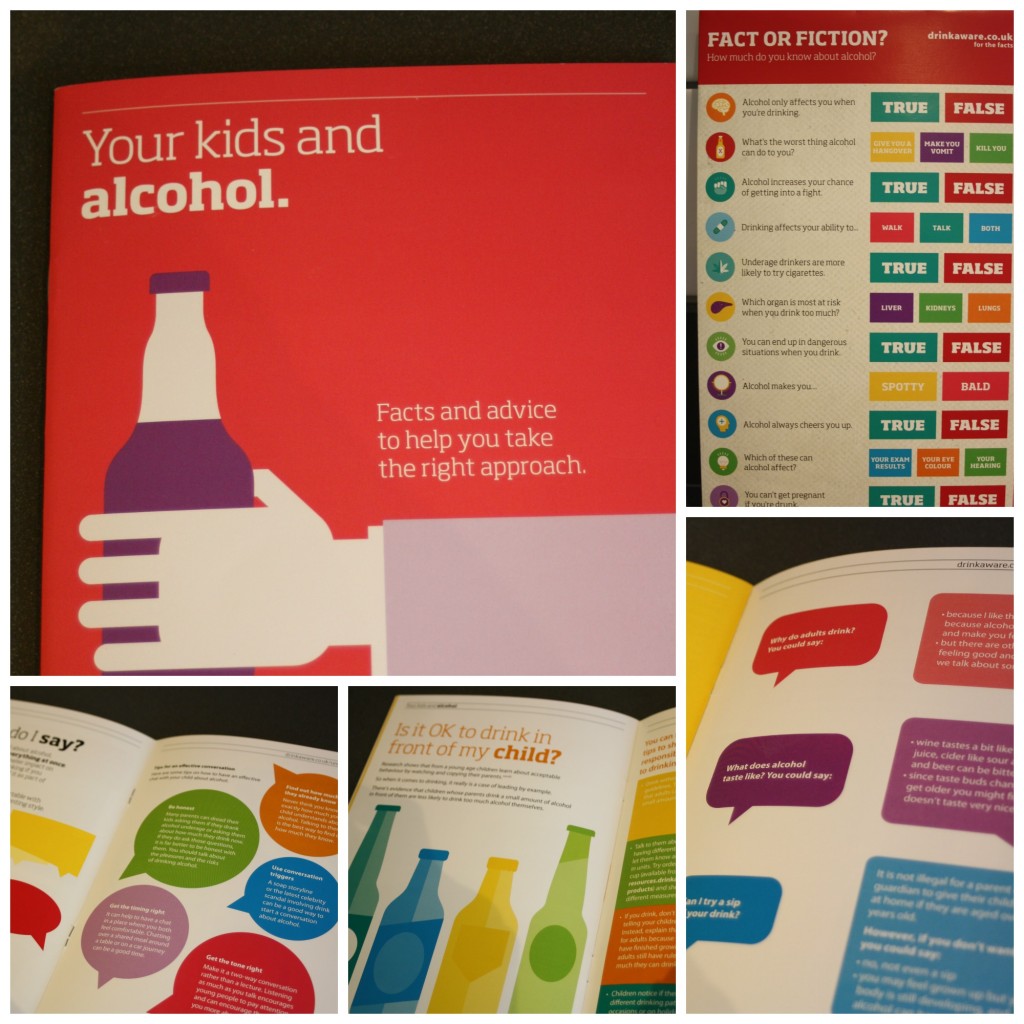 Drinkaware has created two new resources to help parents in having these conversations:

The resources are easy to read and easy to use and don’t overload either teenagers or parents with too much information. They’re the perfect way for starting that difficult conversation with teenage sons and daughters.

The booklet doesn’t recommend talking about everything in one go. It gives advice for conversations to have right from the age of 8. It’s never too early to start talking about alcohol, but if your child is 15 or 16 and you still haven’t discussed it, it’s not too late to catch up either!

My own son thinks he knows it all (as teenagers always do). They have certainly covered a lot of this information at school, but the message from home is always a powerful one. Taking the time to talk to teenager and share the materials from Drinkaware will reinforce what they’ve learned in school.

The interactive quiz is a great way of checking their understanding. Teenagers will realise that alcohol can make them drunk, but do they know it can affect their school work, give them spots or make them put on weight? These things might concern them more than the effects of being drunk, which may appear to be ‘a good laugh’.

With alcohol, as with so many other things teenagers do, they are often pushing the boundaries and trying to prove they’re grown up. Risky behaviour is higher in puberty as the teenage brain develops. Adding alcohol into the mix can be a very dangerous combination.

Road accidents, a criminal record or an unwanted pregnancy are all very real possibilities for teenagers who are drinking. Take the time to talk to your children about safe drinking before it’s too late.

Both resources can be ordered at https://resources.drinkaware.co.uk/products

This post was written in partnership with Drinkaware. All opinions are my own.