When I asked my younger son if he wanted to review a K’NEX K-Force Mega Boom – that’s a K’NEX gun that fires foam bullets, his response was: ‘Mum, if you have to ask me that, you don’t know me at all!’.

Well, I do know him and I knew this would be pretty much the perfect thing for him to test out.

Because my son loves K’NEX. He represented the school in a building competition in year 5 and he even won a national K’NEX building competition last year (prize – A LOT of K’NEX!) and, like most boys of his age, he loves firing foam bullets from a Nerf gun. Yes, he would be building his own very own gun, part of the K’NEX K-Force range of buildable blasters. Win-win. 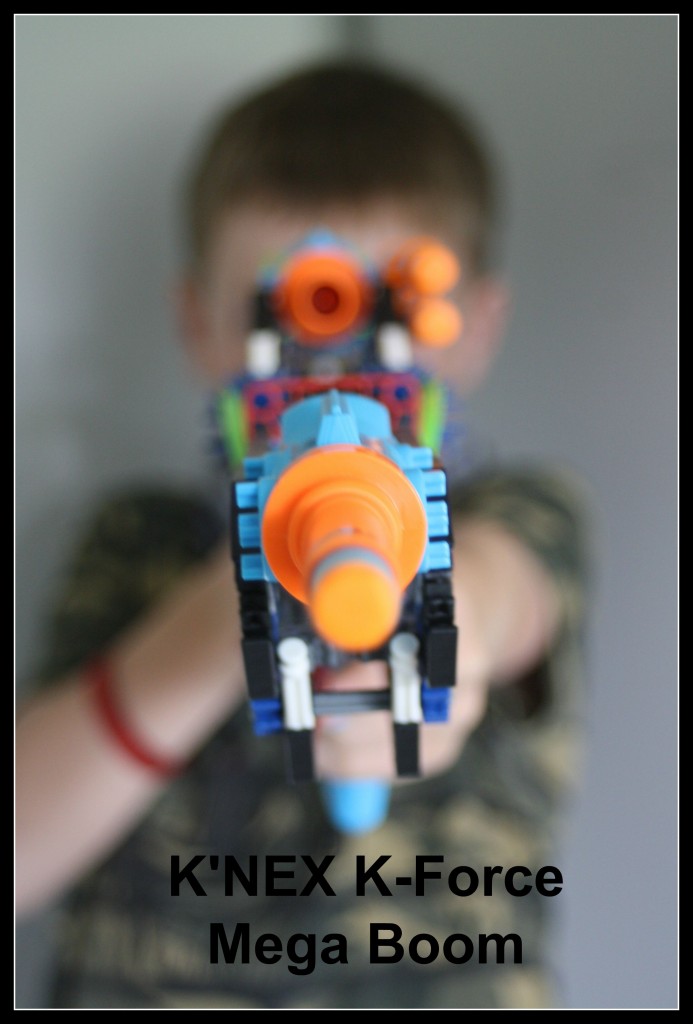 Over to my 11 year old son for his thoughts…

It’s reasonably difficult to construct – you would need to be at least 10 to manage it. (Mum note – the box recommends 8+.) I’m quite experienced at building K’NEX and even I got something wrong. It took me about an hour to build it. 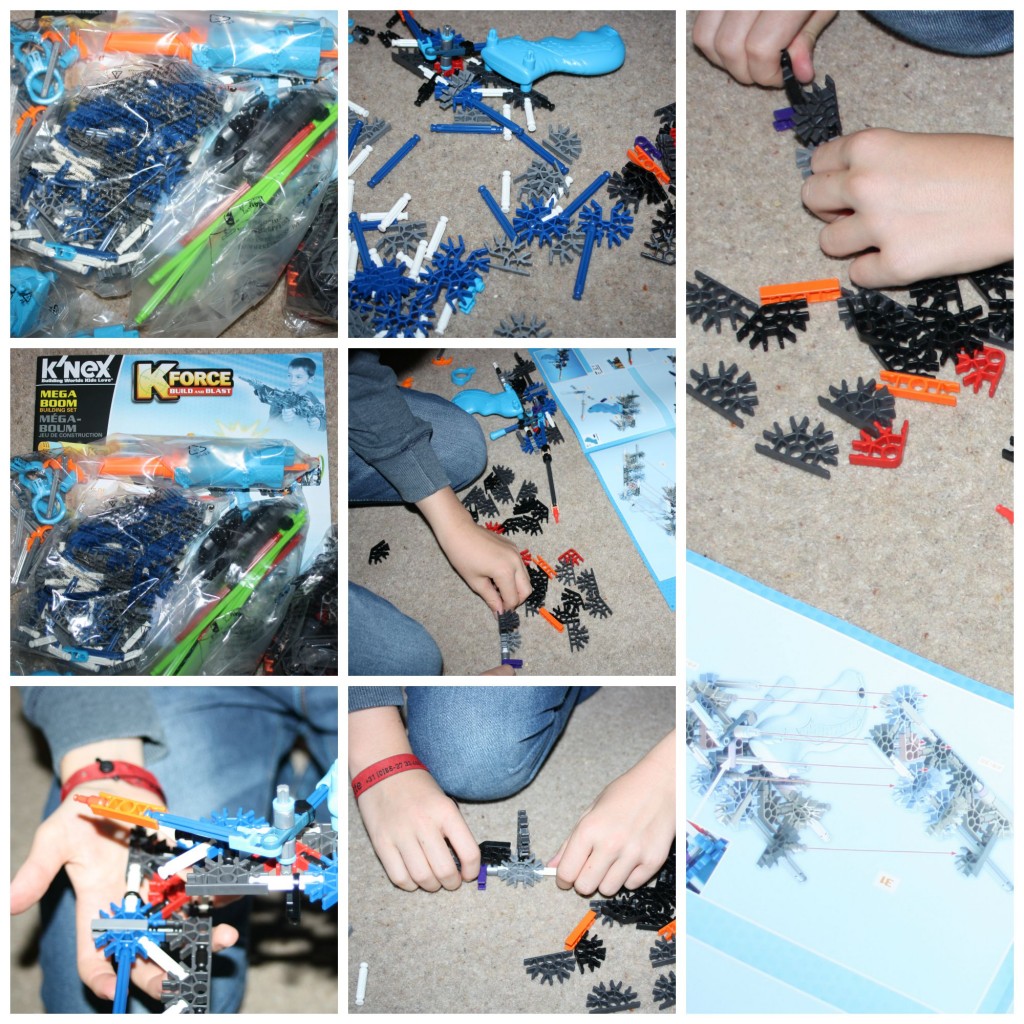 The gun works very well. When built correctly, it shoots very powerfully. Don’t shoot at people’s faces, it will hurt! (This has been inadvertently proved, when I shot my brother.)

It’s actually better at shooting than a Nerf gun. If it breaks, it can be fixed. It is compatible with Nerf bullets if you have any of those lying around. (Mum note – a good job as he’d lost two bullets by firing them into a neighbour’s garden within about five minutes of building it!)

You can disassemble it and use the online code to get instructions to build two smaller guns.

It’s very good and I would recommend it! But, beware, if you’re not that experienced with K’NEX, it might be quite hard to build and you will have to take it apart and build it again. 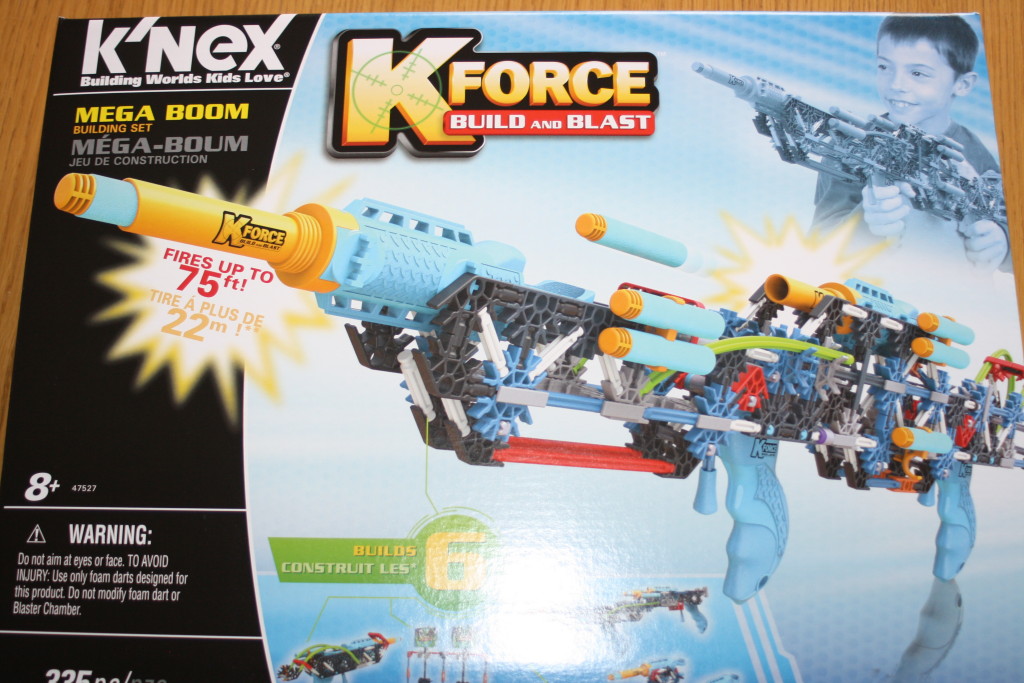 The K-Force Mega Boom costs £39.99 and is available from toy stores nationally.

We were sent the K-Force Mega Boom for the purposes of this review. All opinions are our own. 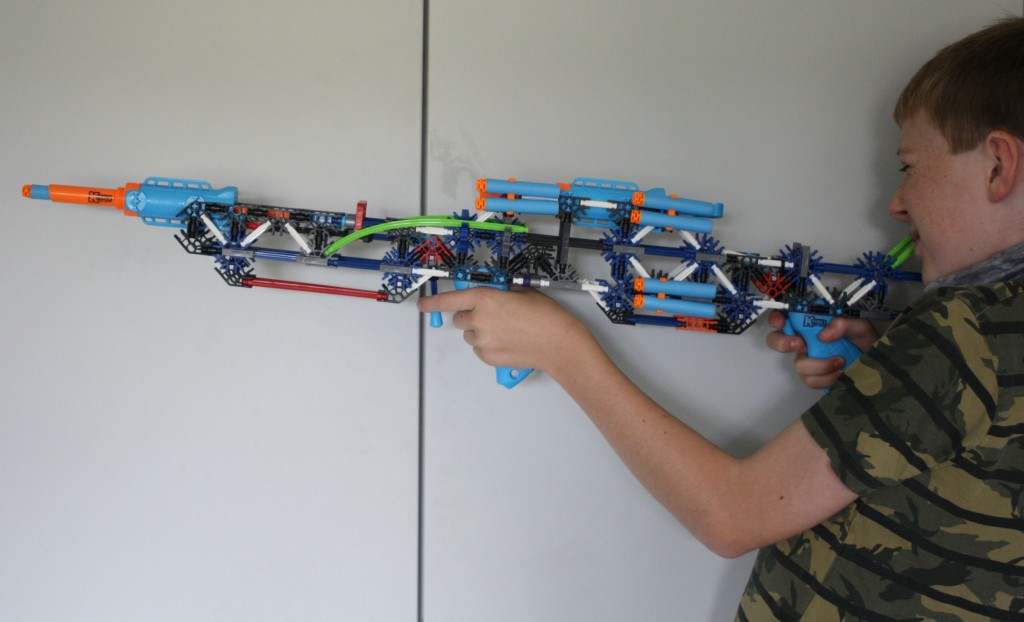