My eldest is an intrepid adventurer. He loves being a Scout and likes nothing more than hiking long distances or climbing a mountain. This is the boy who has climbed Snowdon four times over the last couple of years. Later this year, he hopes to do the Three Peaks. Being only 13, he will do it over two days rather than the usual 24 hours, but what a fantastic thing for someone so young to do!

When you’re climbing mountains, you need the right equipment. But 13 year olds grow. Fast. Keeping them kitted out with the right clothes and the right boots is an expensive business.

So we were very pleased when Trespass, the outdoor footwear, clothing and equipment company offered us the chance to choose something from their website. We knew exactly what we’d like – some walking boots, in a big size! 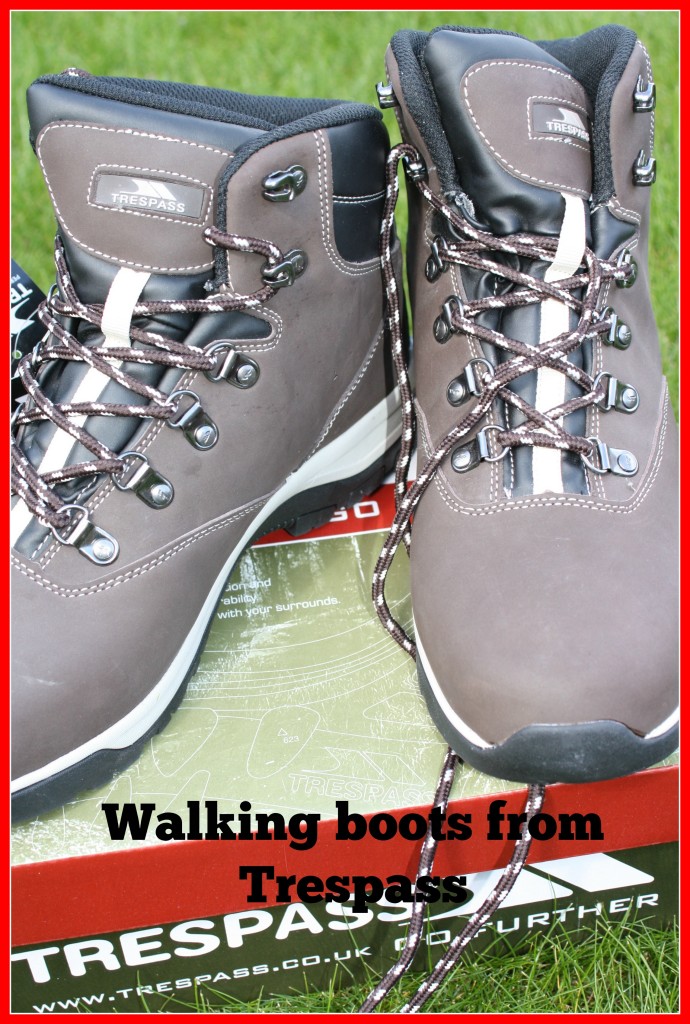 My son is a size 9 and growing, so we selected the men’s Novelo walking boot in a size 10, so he’s got room for thick socks, plus a bit of space to grow. The boot is currently selling for £46.99, reduced from £89.99. It is available in brown and black. The boots are made of leather and are waterproof and feel lighter than his previous boots (or maybe that’s just because they don’t have several kilos of mud attached to them yet!).

When my son opened the box, he immediately pronounced them ‘epic!’. You don’t tend to get much enthusiasm about anything from 13 year old boys, but he was very excited about his boots. He says they are very comfortable, which is absolutely essential. The midsole acts as a cushion, which should keep them feeling comfortable and will help protect his feet when walking on the rugged terrain of Snowdon, Ben Nevis and Scafell Pike. The rubber soles will help him keep a good grip too, which is very important to me! The thought of my son climbing all those mountains is slightly scary.

My son is very pleased with his new boots from Trespass and can’t wait to put them to the test.