There’s not a lot of variation in the pictures this week. It’s still all about the kitchen! The end really is in sight now and gradually we are able to do more and more in the kitchen, although we still haven’t got a working hob or sink.

Day 102 – Sunday 12th April – my son’s football boots split in two at rugby, so we needed to get some new ones. He was in paradise surrounded by all these boots. He went for a pink pair, but decided we would call them ‘orangey-red’. Would you believe they’re size NINE? He’s only 11! 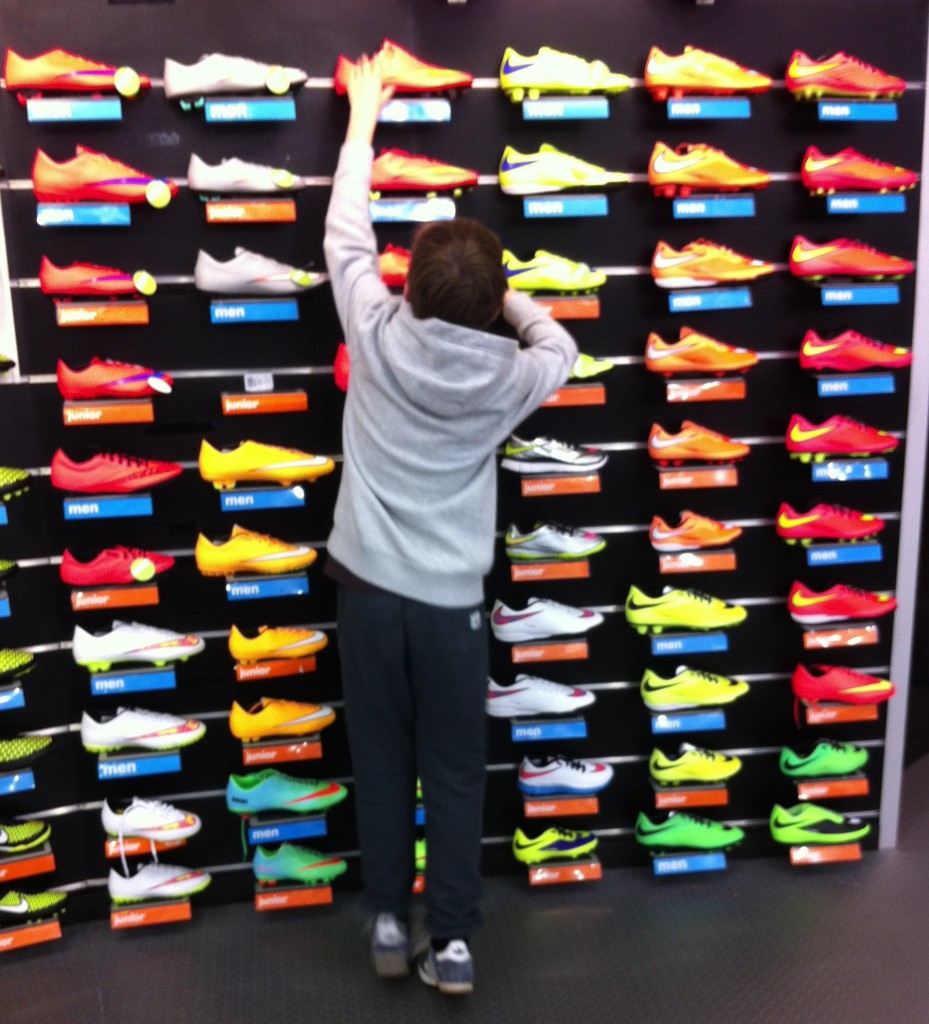 Day 103 – Monday 13th April – the kitchen continues to make good progress. This is what our patio looks like during the day! 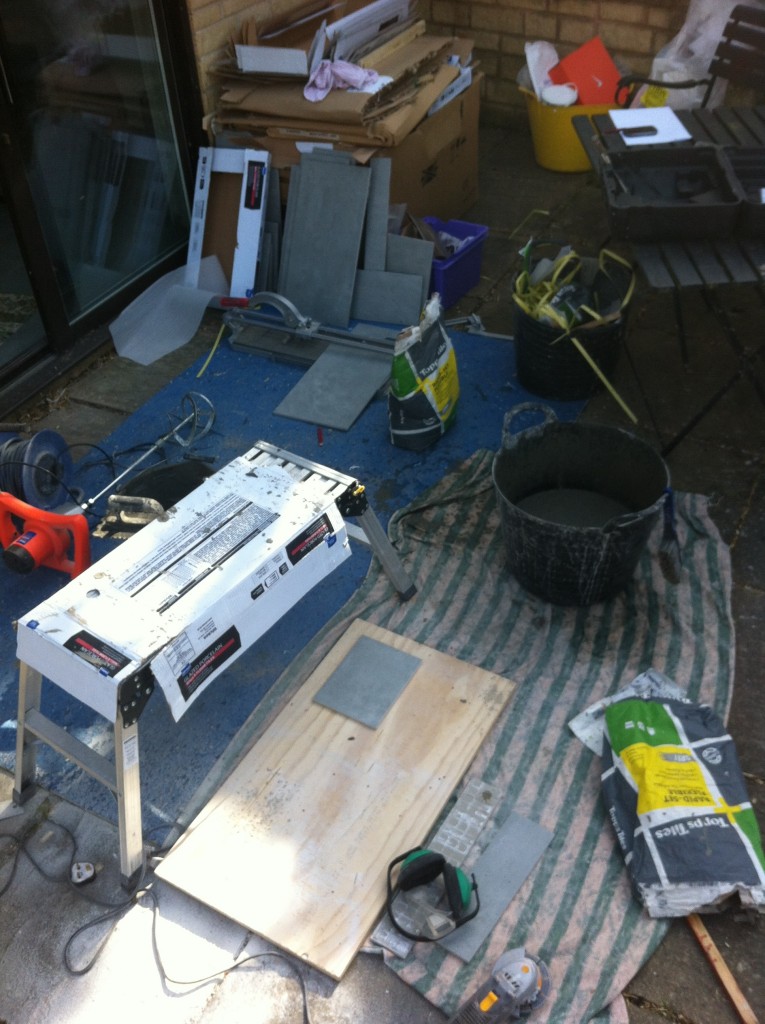 Day 104 – Tuesday 14th April – we have food in the new fridge! Yes, there is still quite a high proportion of microwave meals. 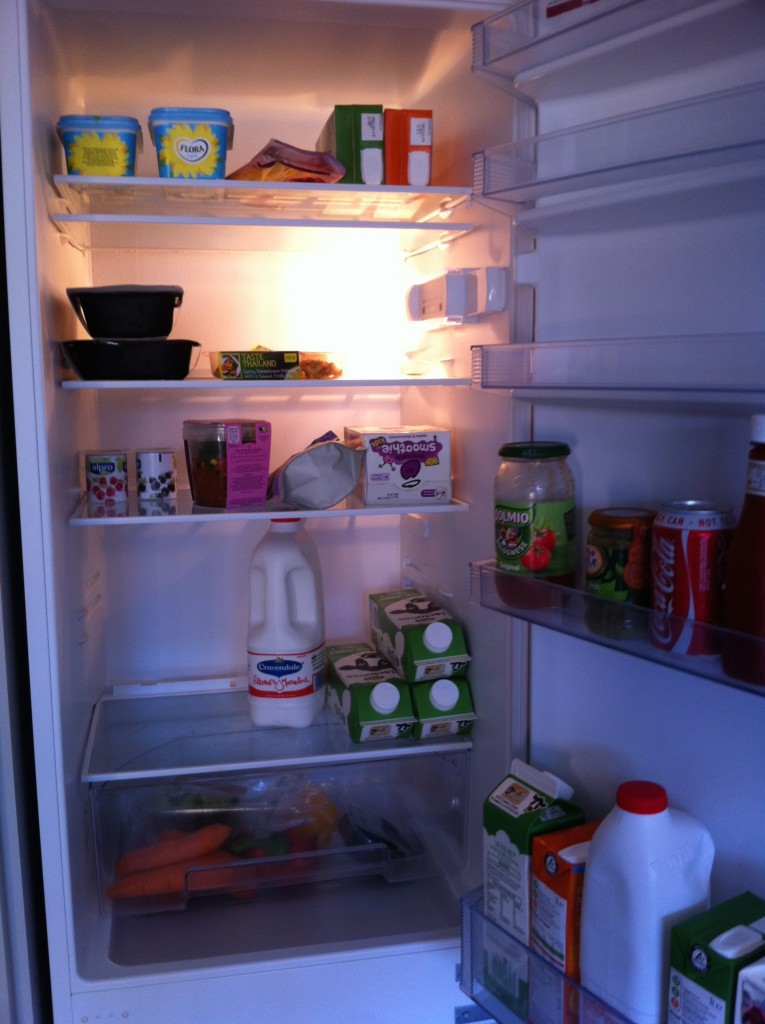 Day 105 – Wednesday 15th April – the work surfaces were fitted today. It’s amazing how that suddenly makes the kitchen feel much more like a kitchen (even though we still haven’t got lights, wall tiles or a working sink!). 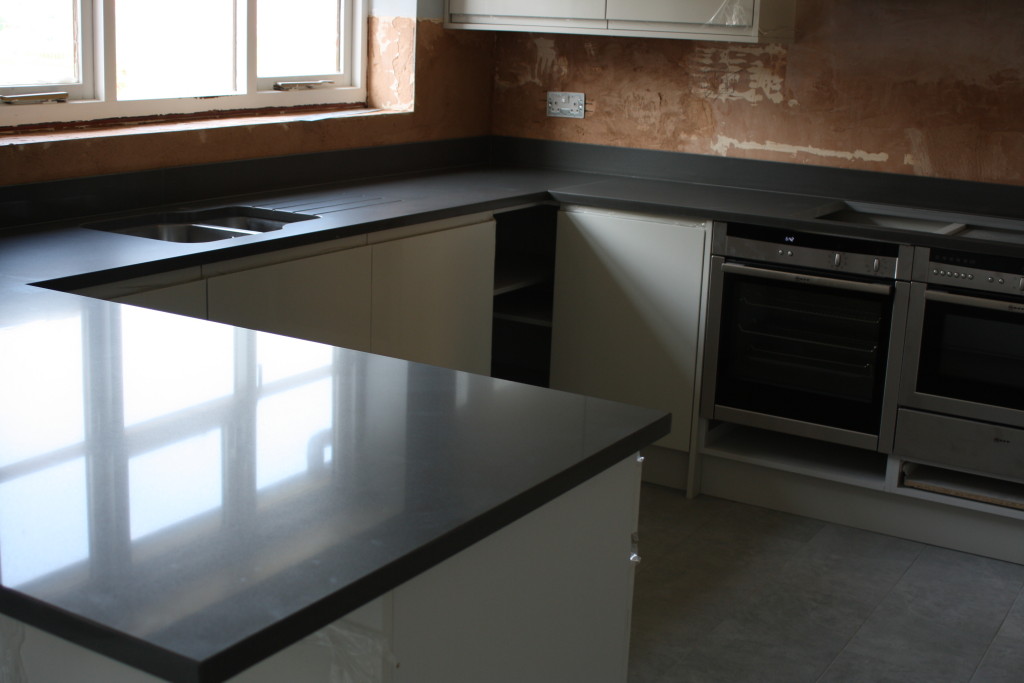 Day 106 – Thursday 16th April – not a very good photo (in fact a pretty bad one) – taken in low light (because we don’t yet have lights) on my phone. You can just see where we’ve been testing colours for a feature wall and we have some tiles!

Day 107 – Friday 17th April – the lights are in and the tiling is complete (just the grouting to go). The kitchen looks amazing! 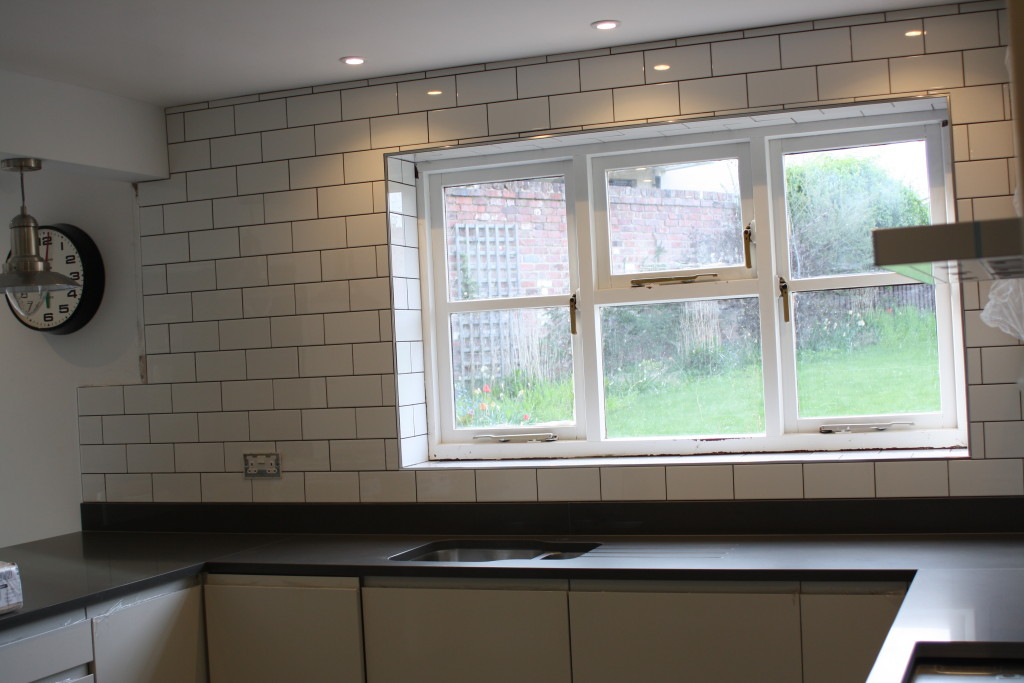 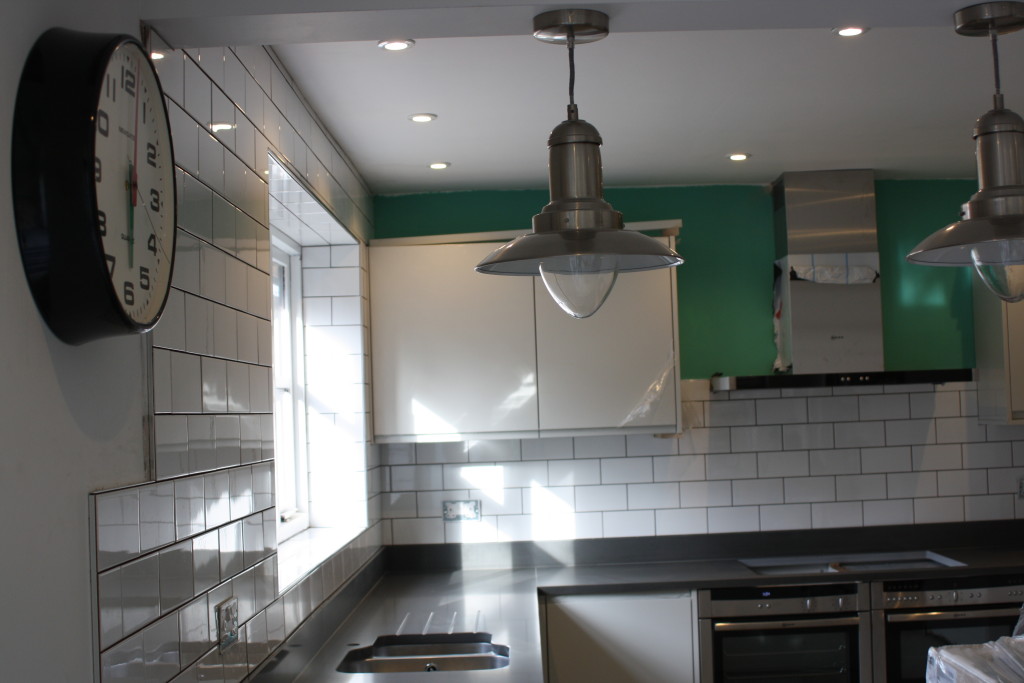