Not generally, of course. Generally I’m pretty selfless and put others before myself, because that’s what mums do. But there’s one thing that’s really important to me. Christmas cards. From my immediate family. The ones that live in my house.

Not homemade ones either, because we’re not a homemade kind of family. Anything homemade in our family wouldn’t be made with love – it would be a bit of folded paper half-heartedly coloured in with felt tip. So I like shop-bought cards. Ones that say ‘Mummy’ on them (or ‘Mum’ now they’re growing up). And I like a card from each of them. Yes, I know it’s a waste of money, but they’re important to me.

I get it from my family – my mum always gave my dad a card, my dad gave my mum a card, they gave us one each and we gave them one each. It always seemed like a nice thing to do and something I’ve continued with my own family.

This year, as ever, I’ve shopped carefully for appropriate cards for the three kids and for Daddy from each of them. I’ve looked at the words and the pictures to make sure they’re just right – not too babyish, not too girly, not too boyish, no inappropriate humour…

My husband knows the cards mean a lot to me, but, even after all these years, he doesn’t get it.

‘I’ve done well with your cards this year,’ he said in a voice, which I knew meant the exact opposite from my point of view.

‘Not one that says ‘from your boys’?’

‘Even better than that.’

It didn’t even say that. It didn’t say ‘Mum’ or ‘Mummy’, it had three gingerbread men on the front. Of course three is good because there’s three kids, but it’s not like the cards I wanted. My husband knows this.

I don’t cry or shout or scream or make a fuss, but both my husband and daughter knew I was upset. When they nipped out to Sainsburys on an errand shortly afterwards, my daughter asked Daddy if they could get me two more cards and pretend the one card was a joke.

My husband looked at the cards I’d lovingly chosen for him and pointed out I’d wasted £12 on something he didn’t want. I know he had a point, but it’s something I wanted to do. It’s what seems right to me.

He’s said he’ll do me a deal next year – he’ll get me cards from each of the kids and I should only get one for him, because he’s really not that bothered. That makes sense, I guess.

So am I a spoilt, ungrateful cow to expect £12 worth I Christmas cards from my family? Maybe.

But it matters to me and, for all I do for them for 365 days a year, I think it’s a small price to pay to express their gratitude and appreciation. 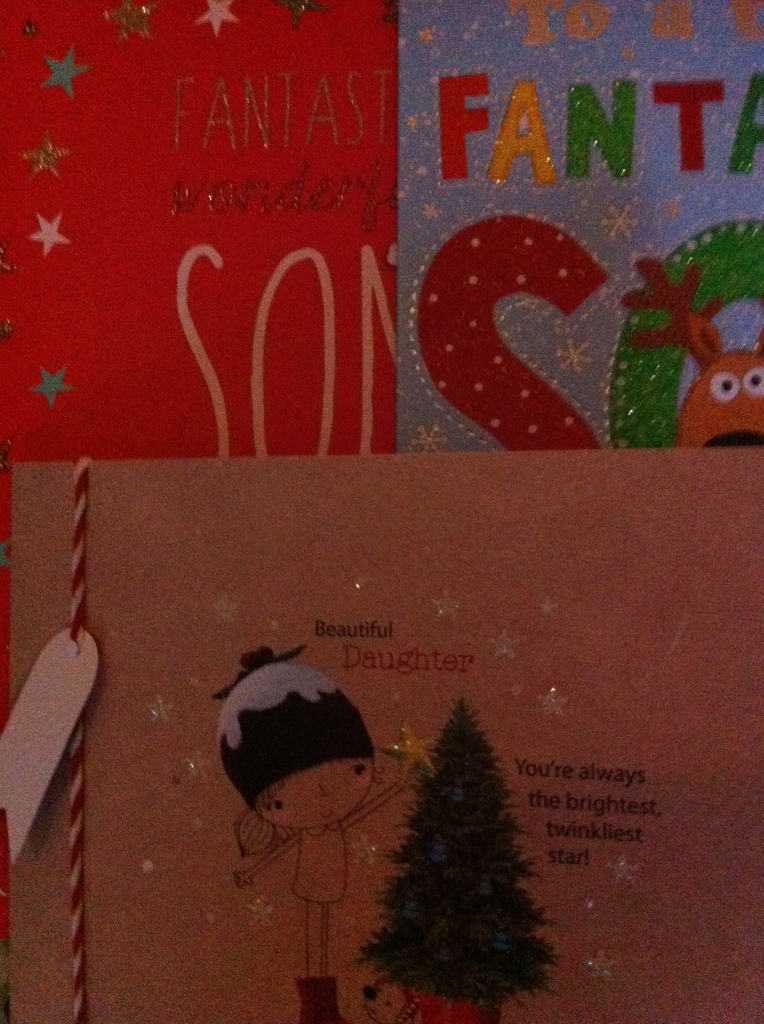