When you have dance lessons after school four days a week, plus Scouts, youth club and a tutor, the kids’ teatime can be a challenge. Throw school dinners for some and not for others into the mix, and it all gets very confusing! Sometimes it’s a wonder my kids even get their tea at all.

My kids live by one rule and one rule only. It is a rule which was created when I used to work in an office and my mum and dad looked after them on Wednesdays. It’s a simple rule, but one which I forget at my peril – PIZZA ON WEDNESDAYS. Specifically they like individual baguette margarita pizzas (shop-bought and frozen of course, none of this home-cooked stuff for my family!) with Bird’s Eye Potato Waffles (they’re waffle-y versatile!) and baked beans. 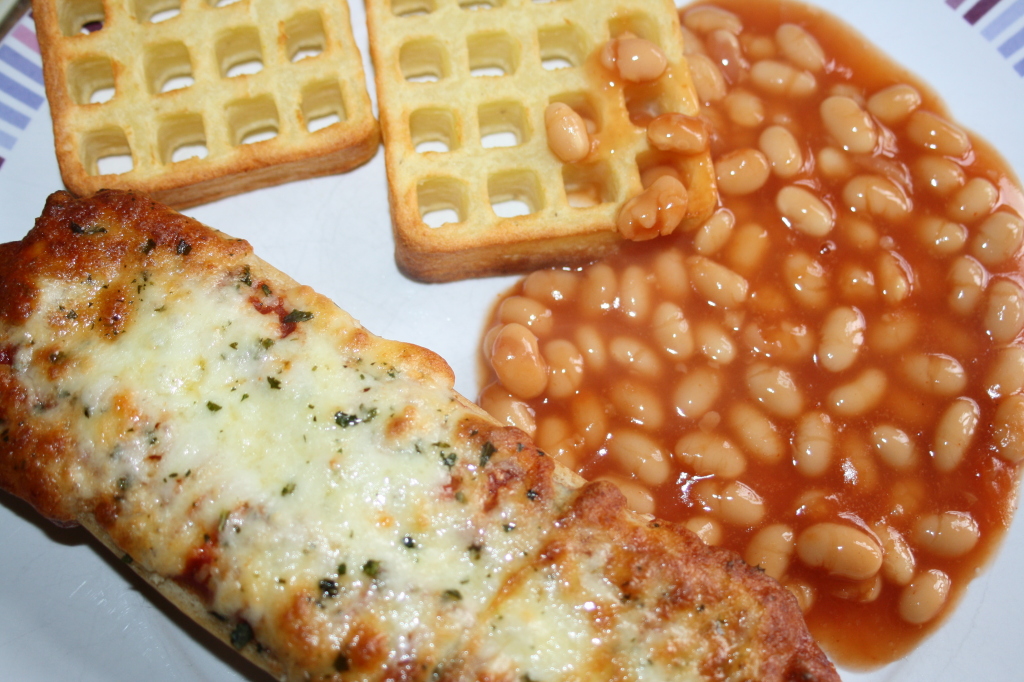 Apart from that, the week consists of frantic calculations on my part – how quickly can I cook it, can all of the kids eat at the same time, if I’m not in when it needs cooking can my son start it or finish it? There is no meal planning as such, just these frantic thoughts.

My younger son is often happy to have a sandwich when he’s had school dinners, but if I’m cooking for the other two it’s usually easier to cook for him too – as long as they’re all eating at the same time. Which sometimes they’re not.

Mondays are always microwave meals. My daughter has quite a late ballet class, but not so late she can eat beforehand, and the boys have Scouts. They microwave their dinners while I’m at ballet with my daughter, then she has hers when she gets home. Dancing means she often has a microwave meal on a Tuesday too. I know, it’s not great. She doesn’t have them in the school holidays though!

The rest of the week there are Bird’s Eye fishcakes and fish fingers, Quorn sausages, jacket potatoes and spaghetti bolognaise (a meat version and a Quorn version for my vegetarian son). All of the kids love pasta and will eat it with cheese, baked beans, plain tomato sauce or pesto (not all at once though!). 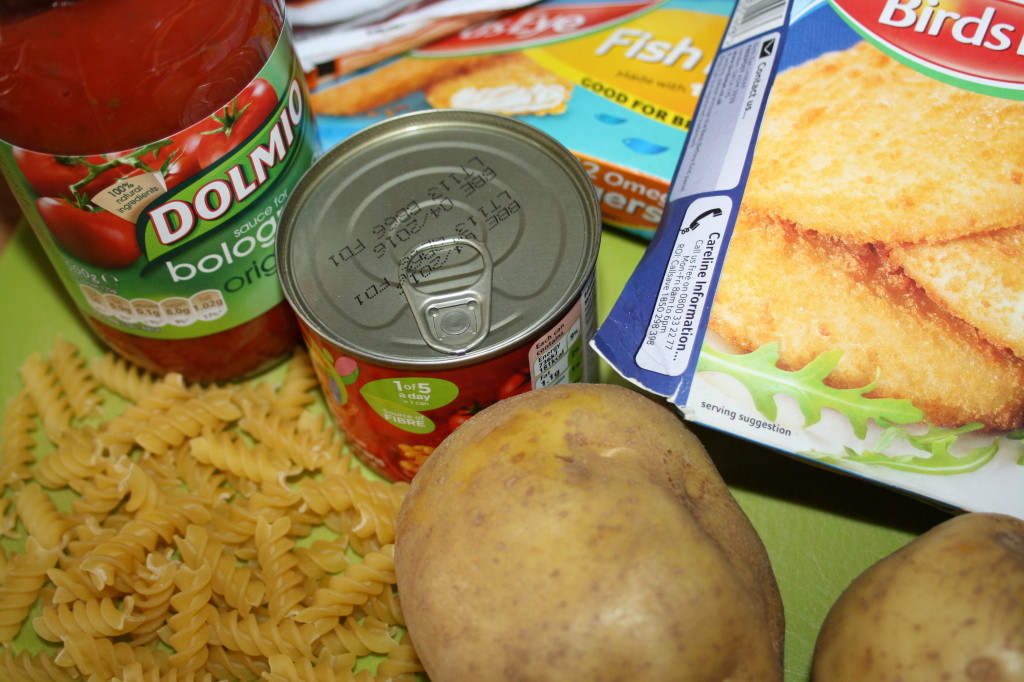 I can usually get the kids to lay the table for me while I’m stressing in the kitchen over cooking a meat version and a veggie version and wondering what the chances are of getting my daughter to eat any peas (nil).

And the teatime challenge is complete for another day. I always breathe a sigh of relief on a Friday, knowing that we can all eat together as a family at the weekend and I don’t have to work round after-school activities.