My younger son is away this weekend on his very first Scout camp, with his big brother. I’m used to my eldest being away as he goes on lots of camps, but I know I’m going to miss my 10 year old because he’s always here! And it’s a double whammy, because I’ve never had them both away from home at once before.

So, for no other reason than I’m going to miss him, here’s a picture of my son aged about 22 months playing shopkeepers. Wearing the traditional shopkeeper garb of a paper carrier bag on his head.

Can you caption him? 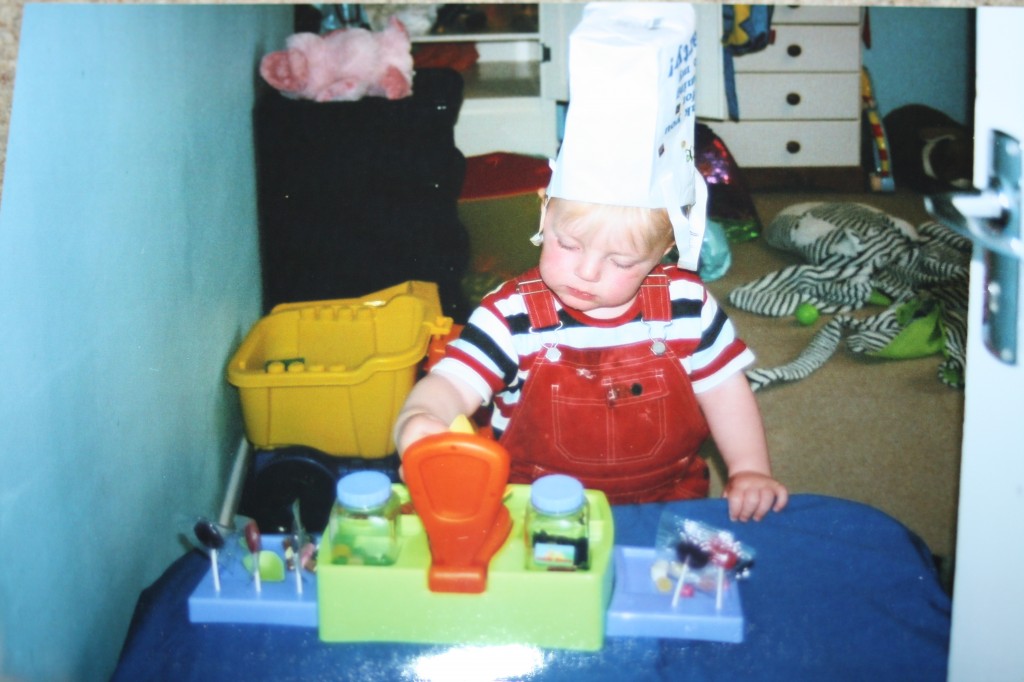