What is the morning like in your house? A mad rush? Always forgetting something? Do they start too early or do you struggle to get the kids out of bed? As my kids grow up, our mornings have definitely got less stressful, but there is still that moment of uncertainty every day when I wonder if we will make the all important 8.30 deadline to get out of the house.

Over the last few months I have started waking earlier and earlier, so rather than fight it, I  just get up at 6. I usually use the time between 6 and 7 for blogging. As a morning person, I like to get things done before the school run – a load or two of washing on and hung out/ up/ put in tumble drier, the dishwasher emptied, yesterday’s washing put away. I say play to your strengths. If you’re a morning person, do these things in the morning and get ready to face the day. And if you’re an evening person – leave them, do them later.

Life got a lot easier the day three years ago when my younger son decided he liked school dinners. It got EVEN EASIER a few months back when our school switched catering firms and my daughter decided she liked them too. Generally he will have school dinners every day and she will have them three or four days a week, which saves me an awful lot of packed lunch making! Making packed lunches is the worst. It just takes forever. When you’ve got three to do, and they all have different things, and you’re being interrupted constantly by the kids it feels like it takes about an hour. People say I should make them in the evening, but, like I say, I’m a morning person – the evening would be a whole lot worse.

Theoretically my eldest and my daughter get up at 7.15 (him because he has to leave earlier, her because she takes ages to get ready) and my younger son gets up at 7.30. The reality is my younger son is often up by 7 and I am asking the others to get up until 7.30. The boys both get their own breakfasts, which is great (less work for me) and I am even trying to teach them about rinsing their bowls and leaving them by the dishwasher, but that’s a work in progress…

Then it’s on to endless reminders about cleaning teeth (seriously, how many years does it take for bright kids to learn these simple things?), getting dressed and hopefully getting out of the house. We used to get to 8.30, I’d think everything was in order and my daughter would say: ‘You need to do my hair!’ and I would sigh. But no more! For the last six months she has been doing her own hair – and it’s way better than I could do. She does French plaits, fishtails plaits, buns… and they all look beautiful.

My eldest leaves just after 8 to get his bus, then I leave with the younger two at just after 8.30, ensuring they have book bags, water bottles, musical instruments, sports kit… It’s not unusual for us to arrive at school and realise we’re missing a guitar or a pair of trainers.

And then I breathe a sigh of relief. The mornings have been conquered once more. 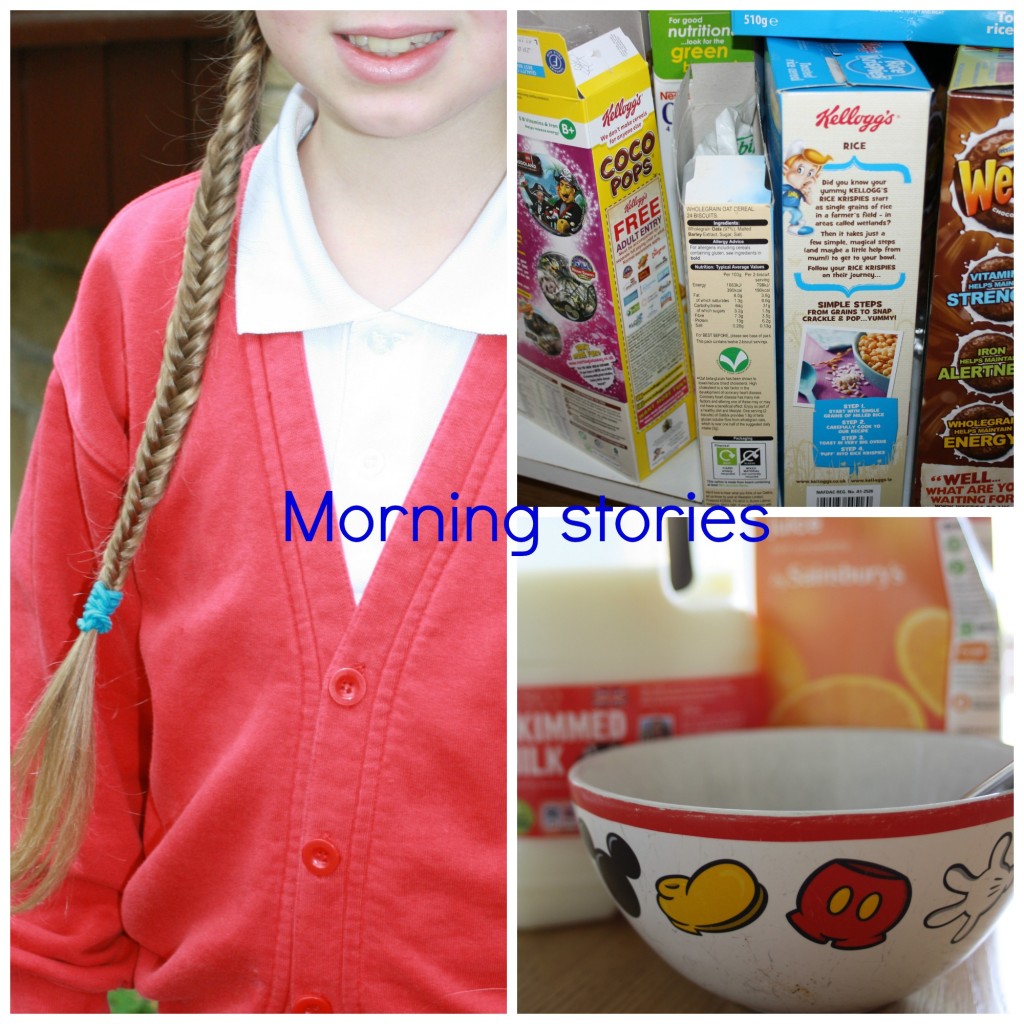