The Girl at the Lion d’Or by Sebastian Faulks

The Girl at the Lion d’Or is Sebastian Faulks’ second novel and the second in his France trilogy of books, which starts with Birdsong (although he wrote it before Birdsong) and concludes with Charlotte Gray

It is a classy, slow-burner of a novel. It’s a pretty short book and, to be honest, not a lot happens. But that doesn’t stop it being fascinating, as well as beautifully written.

Set in a small French town between the wars, the book centres around Anne, a mysterious young woman who arrives to work at the seedy Hotel du Lion d’Or. Against a backdrop of unrest throughout Europe and with memories of World War I still fresh in many minds, Anne works as a waitress and a barmaid at the hotel.

She encounters Charles Hartmann, a character who appears in all three of the books in the trilogy, in the hotel bar. She shares her scandalous past with Hartmann, and he is troubled and tormented by it.

Although quite a dark book, there are some humorous parts too, like the hotel voyeur and the never-ending work on Hartmann’s cellar.

There is no dramatic twist at the end, but there is a satisfactory ending entirely suited to the pace of the book. If you’re looking for lots of action, slapstick comedy or an easy read, this isn’t the book for you. But if you enjoy a slower pace and want to get lost in a seedy hotel and a crumbling mansion in 1930s France, then this is a great book. 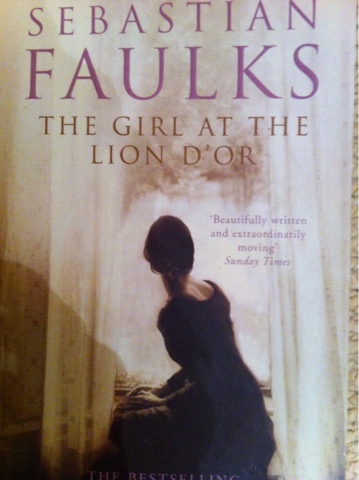