The Redeemer by Jo Nesbo

This is the third Harry Hole book by Jo Nesbo I have read and I have enjoyed them all. On the cover, Jo Nesbo is described as The next Stieg Larsson, which I think is a little unfair. Yes, Stieg Larsson is amazing and The Girl.. books are still some of the best I have ever read, but Jo Nesbo is brilliant too. And subtly different. His books are crime novels without the neo-Nazi stuff which is fundamental to the Larsson novels. The similarity, of course, is that both authors are Scandinavian, and there is an awful lot of snow in their books!

Harry Hole is your fairly typical literary detective – alcoholic, maverick, trouble with relationships etc. In The Redeemer he is on the trail of a contract killer in a mistaken identity murder. After the initial execution, the murders come thick and fast.

The victim and the main characters in The Redeemer are all involved in the Salvation Army, an organisation renowned for its humanitarian work. But not everyone in the Salvation Army here is quite as good as they make out and there’s some dodgy business dealings going on.

The book builds to a climax when all the main characters come together at the Salvation Army Christmas concert. It’s the classic locked room scenario. The murderer is there. Can he be caught before someone else gets killed? Or is there going to be another twist? I couldn’t possibly tell you.

This is a long book for the committed reader, but it is exciting and very well-written. I found the Scandinavian names a little confusing and it takes slightly longer to work out whose who if you’re not familiar with the names. When you’re reading a British book, it’s easy to tell the difference between ‘Dave’ and ‘Kevin’ (has there ever been a literary hero called Kevin?!), but with some of the Scandinavian names it’s hard to even remember who is male and who is female.

Jo Nesbo of course also makes it deliberatly mysterious by referring to ‘he’ so a lot of the time it takes a while to work out whether you are following Hole, the murderer or the intended victim.

I really enjoyed this book and would definitely recommend it. 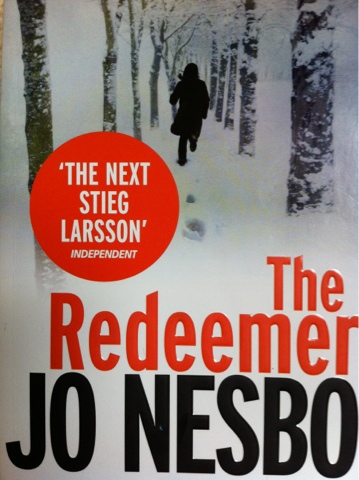