Home » Family » The Gallery: Together

As he sat on the floor, sobbing into my mum’s arms over yet another of life’s injustices the other day, it hit me. What if this isn’t just usual growing up stuff? What if he’s depressed?

If he’s depressed, then I will deal with it, I will look after him. I will do whatever it takes to make him better, but right now I don’t know what’s going on in his head. All I know is I have an unhappy boy who is cross with the world – me, his Daddy Dad and his sister. Only one person can make things OK, only one person can make him laugh and snap it out of him. His little brother, who loves him unconditionally.

I think the fundamental problem is friends – or lack of them. He had good friends at primary school – a close-knit group of slightly geeky boys. But his best friend moved away and two of his other friends went to grammar school. He was left with a couple of boys who don’t seem committed to friendship. Maybe they don’t really like my son that much, or maybe they’re not interested in a social life and spending time with friends. Either way, he seems to spend far too much time at home kicking out against the world.

For 15 blissful minutes the other day, a trip out was arranged by my son’s friends. They were going to go to Nando’s. I was very pleased about this – the first time they had independently organised something and it would push my son’s fussiness and make him challenge himself with food. But then one of the friends was ill and another away. The trip out didn’t happen.

I’ve suggested to my son that as the Easter holidays are so ‘boring’ what with us not going on a fancy foreign holiday and him having to hang around with his little sister, that maybe he tries to rearrange this trip. But he hasn’t. I don’t know if he can’t be bothered or if he never really wanted to do it in the first place. My feeling is that being with true friends would make the world a better place.

But in the meantime, whether his friends are really his friends or not, whether he gets invited out or not, he’s got the very best friend a boy could ever need. His brother. They share laughs, they share fun, they share secrets. They are together. 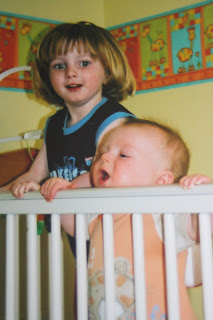 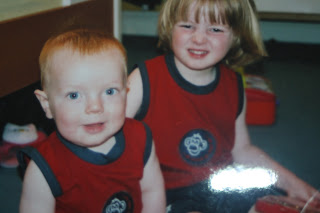 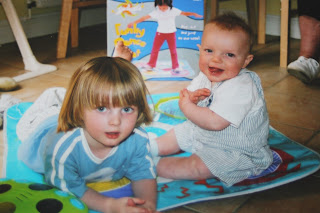 These photos were taken when my lovely boys were 3 and 9 months respectively. They are together in nearly all of my photos of them
This post was written in response to a prompt on The Gallery at Sticky Fingers. Pop on over to see how others have interpreted the theme ‘together’.