Running out of time

Home » Family » Running out of time

Thursdays and Fridays in term-time are my time. Yes, I do the housework and go to school to listen to readers. Yes, I do school governor work and run errands. But they are my time. Although, actually, there isn’t much time left for me…

Right now my time is filled with running. It’s not long until my next half marathon and my training is behind schedule. I had an ankle injury which put me back a bit. I should have been running 10 miles for a couple of weeks now, but only managed a 10 mile run for the first time today.

I delude myself that running doesn’t eat into my time to do things around the house and it isn’t influenced by the kids’ activities. It does and it is.

When I’m training, I run on Thursdays and Sundays. I drop the kids at school and I run. Yes, I look a bit weird going down to school in running gear. But I’m not so vain (and I don’t have so much spare time) that I’m going to go home and change. So I drop them and I go. I get home about 10.

Today my daughter had a class assembly, which parents are invited to. I wouldn’t have missed it for the world. Especially as she had six lines and was Captain Scott! She was given her lines on Monday and knew them off by heart by Monday evening, but that didn’t stop her from going over them right until this morning. She was determined not to make any mistakes – not to forget to speak, forget what she was saying or speak too quietly.

She’s loved learning about Antarctica and has talked about it endlessly. I know the dates they all died, that one of them died on his birthday, exactly a month after one of the others. She can’t understand why they would want to go to Antactica and die, but she is very interested in it. Every time she relates ‘I may be gone some time’ to me, I get a lump in my throat. 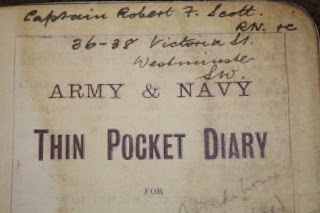 As Captain Scott, my daughter had this rather cool prop

My girl had more lines than everyone else and she delivered them beautifully – loud and clear with no mistakes. She sat smiling all the way through it. She was so happy to be there. And so was I. But I was also vaguely anxious about the day ahead and how much I had to achieve in a short space of time.

I couldn’t help wishing the assembly was a Friday… Could I swap my run to a Friday? Not really, because then I wouldn’t have enough time to recover before my run on Sunday. Did it really matter that I was setting off for my run at the time I usually get home? Not really. But if my family wanted the house vaguely clean and tidy and the reception teacher wanted me to turn up on time to listen to readers, it kind of did.

Having proved my ankle can cope with eight miles, I originally planned to take it up to 10 miles last Sunday. This being the Sunday I spent most of the day at rugby. I had to be there at 9.30. A 10 mile run takes approximately an hour and 40 minutes. I have to eat and digest food before I run, which is about an hour and a half. You do the maths! 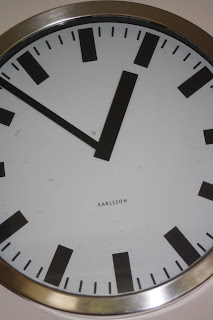 I love running and I love watching my son playing rugby, but something had to give. I decided that getting up any time before 5.45 on a Sunday was ridiculous. Let’s be honest, most people would consider getting up any time before 7.45 on a Sunday ridiculous. Get up 5.45, set off at 7.15, get home at 8.55. To set off at 9. That’s not going to work. So I had to run eight miles rather than 10 and even then it left very little time to get organised and get out.

Thursdays and Fridays and the hours before the rest of the family get up should be my time. But they’re not. Even with the kids at school or in bed I’m running out of time.