Ah, the ’80s! The decade that fashion forgot. It was all hairspray, blue eye make-up, huge plastic earring, ra-ra skirts, leggings in a range of hideous colours, legwarmers…

Well, sorry to disappoint you. I don’t have photographic evidence of any of these crimes against fashion. Here I am aged about 9 or 10, looking remarkably similar to my eldest

At the start of the decade I was, obviously, wearing clothes that my my mum bought me. From Marks & Spencers. Always Marks & Spencers. I was a tomboy and often wore the same clothes as my brother (are you impressed, feminist, anti-pink readers?!). 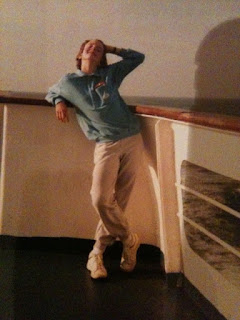 As the decade wore on, I found my own style niche. After a brief flirtation with typical 80s fashion around the age of 13 – the colour mustard was involved, along with wide belts, BIG shirts and leggings – I paved my own fashion way. 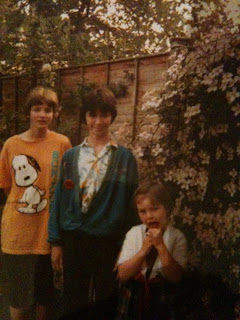 This yellow Tshirt is probably the last thing my mum bought me because I HATED it. Check out the outfit on my French exchange penfriend

I was a bit indie, a bit alternative, a bit grunge. No doubt this had a bit more of an 80s influence than I would care to remember. There was a hat without a crown (is that the word for the top bit?!) which I thought was the dogs doo-dahs. I had my hair poking out the top and thought I looked brilliant. Kylie Minogue had a very similar one. She probably looked a bit better than me. 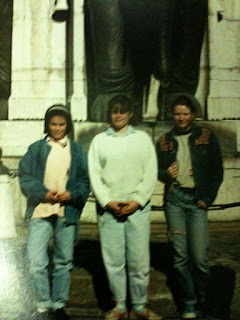 I’m the one looking all cool 80s rock chick (or maybe Bros-ette, that wasn’t the intention though)

Here, thanks to my mum and dad who gave me my old photo albums out of the loft a few years back, and with apologies to anyone else who appears, is my fashion through the 80s. 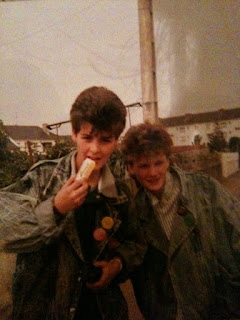 Some old friends in 1987. Check out the denim. They’re not my friends any more, a good job really because they wouldn’t be after this. 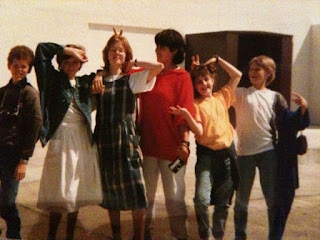 Some of my friends larking around in 1987. No me again. 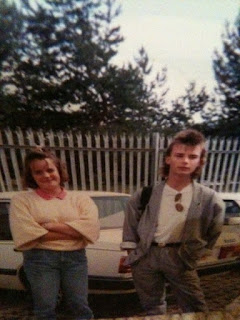 Some more French exchange kids in 1989. How cool is that mullet and the whole Jon Bon Jovi look?!