So I got the packing done. Minimal clothing, the tiniest squirt of toothpaste between us, a tiny tube of ‘Once’ suncream and NO waterproofs. The kids packed their own entertainment for the train and, although my daughter took more than the boys, she carried it without complaining. I also shared communal stuff out between the kids. My poor younger son drew the short straw of Daddy’s jeans – bigger than the rest of his luggage put together. We had tears and a little sad face about Teddy, but we left him safely at Grandma’s so he wouldn’t get lonely. If you don’t know what I’m talking about here, it’s a follow-up to this post

Then onto the next challenge. My husband is a very busy man. He doesn’t bat an eyelid at working 14 hour days. He couldn’t spare two days off work. He had stuff to do in London. So he went on his own to work in London in the morning. And I had to travel with the kids on my own after my day at work.

I know, big deal, people do stuff like that all the time. But not me. I never go far on my own with the kids.

We got the train. I like trains, but I’m claustrophobic. I get on a train and I can start to panic. I can keep it pretty much to myself, but my husband sees it. I panicked slightly the night before. What if the air conditioning broke? What if the train was crowded? What if one of the kids got ill? What if it was one of those fully automatic trains with windows that didn’t open on the doors? What if (and this is the big one) it had the electric locking doors in the toilet? If I have to use one of those, I can’t lock the door. I think I might die in there. My husband has to stand guard outside.

My kids love trains, but they are a bit nervous too. I can’t imagine why… They worry about missing the train, getting on the wrong train and falling on the line. They grab each other and shout at each other to pull each back from the edge, thus increasing rather than decreasing their chances of falling on the track.

The train arrived. We sat down in an empty carriage in our booked seats all together around a table. The air conditioning was working. People got on as the journey progressed, but it never got busy. And I never felt anyone was looking at us and frowning at my kids. The toilet was a good one, so good I used it twice! Always have a free wee in London when you get the chance.

The boys read, my girl coloured and chattered (incessantly) and there were a couple of very raucous games of snap with a lot of giggling and cheating. Nobody moaned about anything, nobody argued about anything and mummy didn’t get stressed or worried about anything.

Daddy met us at Paddington and we got a taxi to our hotel in Southwark, which the kids loved, despite wanting to go on the tube. It wasn’t cheap, but nor is it cheap to pay for the entire family to go on the tube for a single journey.

We checked into our Travelodge and Daddy and the boys were on the 2nd floor and me and my daughter were on the 7th floor! The 7th?! We’re used to having rooms opposite or next to each other in hotels. How to share out the tiny squirt of toothpaste?!

Our room was basic, but big. And the view! Travelodges don’t do views, but our view was straight up the railway with The Shard right in the middle of our window. Stunning. Daddy and the boys had a brick wall to look at. And a much smaller room. 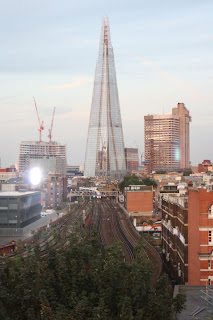 I’m writing this before the Paralympics and I am marking it up as a big mummy success. I’ve managed some silly fears, kept my kids under control and had some fun with them. I’m really proud of them. 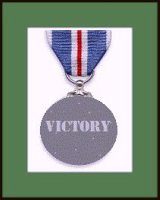