I was wiped out from my ridiculously long labour and just wanted to sleep. But I had to try to feed my baby. And he wouldn’t latch on. The start of my son’s lifelong battle with food.

I got up from my bed, which looked like a murder scene, and had a bath. I begged to be able to sleep. At 5am, as it was getting light, I was allowed down to the ward to sleep and my husband went home. My baby slept in a little plastic box crib thing at the bottom of my bed.

At 7.30am I was woken by lots of cheerful older ladies, my fellow patients, who told me I needed to get up and have breakfast. They looked happy. Some of them were even wearing MAKE-UP.

What was I supposed to do with my baby? The midwife had shown my husband how to change a nappy, but I had no idea. And no idea how to feed him. Thank goodness for my husband, who was the first man to walk in as visiting started at 9am, having already been to a florist’s to pick up some flowers.

He changed the baby and did his best to help him latch on to feed. I wasn’t convinced he was feeding, but my husband was so encouraging and the midwives said it was fine – he only needed a tiny amount on his first day.

So I soldiered on, trying and trying, not believing he was feeding, but being encouraged by my husband and the midwives that he was.

We left hospital on the Thursday and I was still far from convinced that my baby was feeding.

On the Friday afternoon he slept and slept and slept in my mum’s arms. We couldn’t wake him. I started to panic. We phoned the midwife who had delivered him and she came out to us at 10pm. She weighed him. He’d lost a lot of weight. I was right all along, he hadn’t fed.

She had me in the bath at midnight with my tiny baby crawling over me, trying to get him to feed. She lent me a breast pump and told me to express every two hours. She also told me he would have to have a bottle. I cried and cried and cried. I’d learned at antenatal classes that once a baby has a bottle, it’s all over. They won’t be able to breastfeed. And I wanted to breastfeed so much.

But when my baby took that bottle there was something magical about it. Actually hearing it go down was amazing. And even my husband realised that I’d been right all along – my poor baby hadn’t been feeding.

Trying to get your baby to breastfeed is full-on. And my ‘natural’ midwife was tough on me. I had to express every two hours from 6am until midnight. She would allow me to go to every three hours from midnight until 6am. I had to give baby expressed breast milk and top up with formula. I found expressing completely soul-destroying. I would be pumping away for an hour to get 20ml out, then I’d have an hour off and I’d be back pumping again. It was a two-handed job, so I couldn’t even read. I just sat there like a big cow pumping away.

The Saturday was my Grandma’s 80th birthday, my son’s due date. We were all due to go out for a meal. They’d deliberately chosen a restaurant very close to my house. I couldn’t go. I was too stressed. I was expressing. My baby wasn’t feeding. I was frightened to leave the house.

But I was persuaded to just go for the main course and to drive there (even though it was only about a quarter of a mile away). My baby slept the whole time – looking tiny in his car seat and everyone thought he was the cutest thing they’d ever seen.

I didn’t enjoy the meal. I still hadn’t regained my appetite from labour and was desperate to get home and away from people.

Gradually, with the midwife’s support, my son started to breast feed. My husband used to lean over and watch and listen to hear for that first glug when the milk went down. I gave up the expressing and the formula. I hadn’t failed! I’d succeeded! I breast fed him for 10 months.

A few days after he was born I felt ready to take him a short walk in his pram. Suddenly the world was a scary place. A greyhound stuck his face in his pram almost as soon as we left the house and I noticed the fumes from cars, which I’d never noticed when I only had myself to look after.

Clearly this parenting lark was a stressful business. 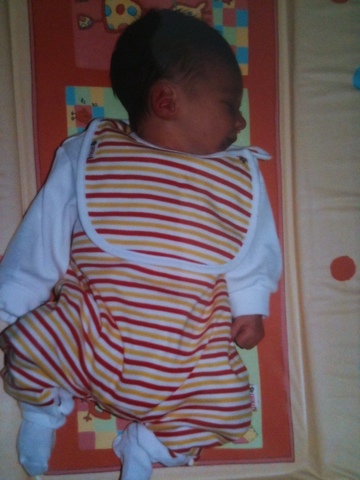 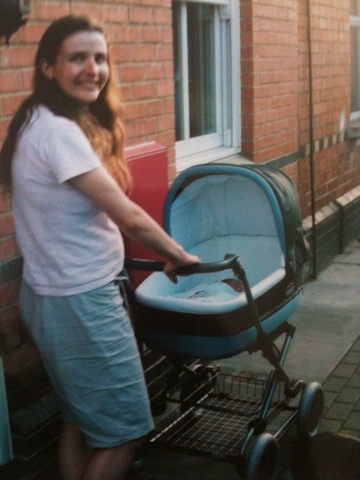