We arrived at Stratford Westfield shopping centre for our family trip to London just before lunch. Getting into the shopping centre is like Fort Knox, but you get a really good view of the Olympic stadium and the weird twisty viewing gallery thing. My eldest was shouting ‘There’s the aquatic centre!’ ‘There’s the velodrome!’ ‘There’s the basketball court!’ I had to take his word for it. We had a good view from the car, but I had no idea what was what.

We parked the car and headed straight into the shopping centre in search of food. It is a very impressive shopping centre – full of big shops, lots of floors and lots and lots of escalators. Apparently my younger son, the one who is so full of life and energy, DOESN’T LIKE ESCALATORS. Or heights. This was news to me. He clung on to me, shaking, as we went up and up and up in search of Pret. My husband is obsessed with Pret.

One floor up from Pret is the London 2012 viewing gallery with a great view out to the Olympic stadium. My eldest is a little bit obsessed with the Olympics (he’s in an ‘Olympics club’ at school, collected all the Olympic 50ps and was talking with great authority about Wenlock and Mandeville a good 18 months ago). He couldn’t wait to get up to that viewing gallery and have a good look. While his younger brother stood shaking in Pret, unable to even choose a sandwich, my eldest went bounding up the escalator to get a proper look at the stadium.

We ate our lunch and headed for central London on the tube. I must admit, being claustrophobic, I am a little bit nervous of the tube, but it was fine. Apart from my younger son, who apparently doesn’t like ‘going under ground’ either. And all those escalators…

We were booked on Duck Tours at 3pm, but we had lots of time to spare. My husband had an ulterior motive – he wanted to look at a client’s shop and take some photos. But he hadn’t bothered to tell the kids this. My younger son was getting grumpier and grumpier. ‘I just want to go on Duck Tours!’ My husband then foolishly pointed to Hamley’s in the distance, then told the kids we didn’t have time to go in there! Seriously! How long has he been a parent?

Then we walked and walked and walked. We didn’t really know where we were going, because it was all mapped out in my husband’s head. We stopped for an ice cream and (thank God!) it stopped my son moaning.

We were the first to arrive for our ‘Duck’, which meant we got the pick of the seats. There was a heated debate between the kids about where we should sit and the majority, my daughter and younger son, won. They wanted to sit at the front.

I’ll be honest, I didn’t enjoy Duck Tours as much as I’d hoped. None of us did. The front was a really bad move – the kids’ view was blocked by the driver and the guide sat on high seats in front of them. The commentary was very informative, but aimed at adults rather than kids, and the jokes were appalling. ’42 floors high, it was going to be 43, but that’s another story’ and on and on. The guide said we’d go past Buckingham Palace. Technically, we did, but not in the sense you would really recognise and my daughter was disappointed. Dropping into the water was amazing, though.

My husband had done some internet research on where we should eat. He thought St Katherine’s Dock looked nice and there was a Strada there. Just two stops on the tube and a quick walk… But we went the wrong direction again and again. Then we discovered his research was pretty poor – it was on the other side of the river. Just the small matter of Tower Bridge between us and the restaurant. My younger son really, really doesn’t like bridges. That’s a fear I was aware of. Luckily we found another Strada in the nick of time. It had fabulous views of Tower Bridge, the Tower of London and the river. And there was a mirror so people with their backs to the window didn’t miss out.

We checked with the waiter which was the nearest tube station. Tower Hill. On the other side of the river. Just over Tower Bridge. No chance. ‘I’m going to do it!’ Because he was desperate to get to the hotel (he doesn’t like being out in strange places when it’s dark or nearly dark).

Our hotel was right by Stratford Westfield shopping centre, well, almost right by. It’s where the shiny new meets the scruffy old. The contrast between ‘London 2012’ Stratford and the rest of it is huge. The Travelodge was brand new. It was just like every other Travelodge, but the decor was slightly more modern. I got the long straw of sharing a room with my daughter – no untidiness, no farting! It was a pleasure and I got probably the best night’s sleep I’d ever had in a hotel (although I did wake at 5.45).

Breakfast was £7.65 each for adults with the kids eating free. And they certainly got their money’s worth! We were there for hours as my daughter got up and down from the high stool she’d insisted on sitting on to get more drinks, more cutlery, any excuse to run up and down. We shared the dining room with a rocker mum and dad and their three rocker teen and tween kids, a family of Scouse Barcelona fans and an albino Chinese man. All human life. You couldn’t really make it up.

Our aim for day 2 was to see the Olympic stadium. But it appeared we couldn’t get near it or any of the other Olympic facilities and that view from the car was the best we were going to get, so we went to the shopping centre. And went in lots of toy shops. And no clothes shops for Mummy. The kids wouldn’t have Pret two days running, so we went to the Food Court which was hideously busy, and then we gave up and set off home to beat the rush hour traffic. But that’s another story…

It was a good couple of days and we enjoyed our break, but we were happy to be home. 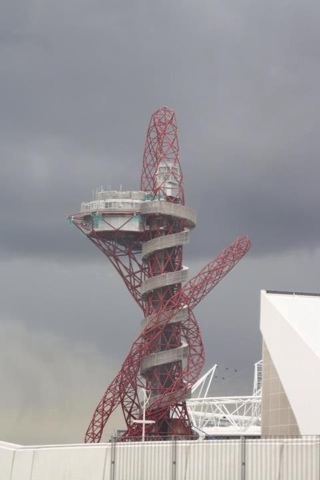 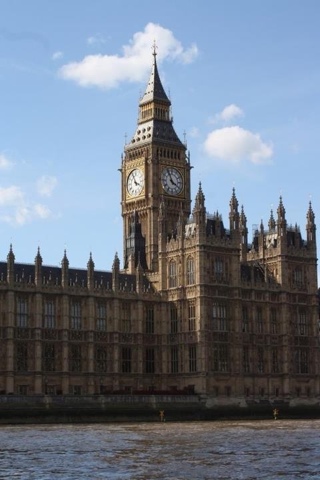 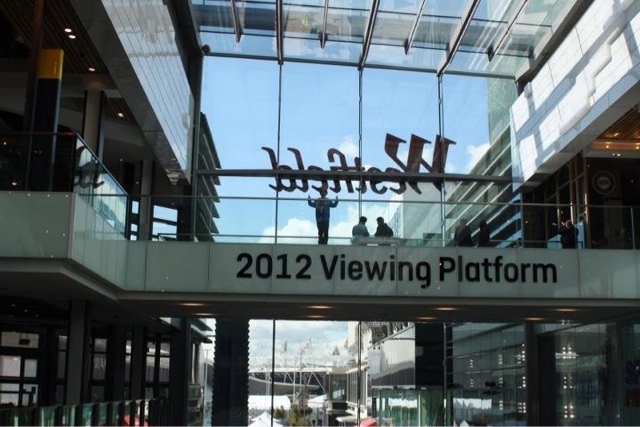