I have a little girl, but I am first and foremost a mum of boys. From the moment my second son popped out, I became a mum of boys, and having a little girl hasn’t changed that. They came first and there’s more of them, so we live most of our lives in a boy’s world.

I am proud to be a mum of boys. It feels like something of an achievement to be in charge of these alien beings. I love them and I am in awe of them, but there are parts of them that I can never understand.

Two boys are different from one boy. They are noisy and they are messy. They are a force to be reckoned with. They dominate. They team up. They fight. They are the best of friends and the worst of enemies. They do everything together and they have secrets from the rest of the world.

Mums of girls, or mums with only one boy, at times appear simultaneously impressed and afraid of the power and sheer energy of boys. When they were younger, people looked at me as though they felt sorry for me. Two boys – what a shame. I used to dress them identically – it was useful if one ran off – they were easy to identify, match up and return to their rightful owner.

I know a couple of families with three boys and no girls. Their fabulous mums have not just accepted, they have embraced, a life which revolves around Scouts, Nerf guns, Lego, rugby, pen knives, camping and endless khaki and navy. Their boys are lovely. Any mum would be proud of them. With those boys, even a mum of girls could be persuaded to go over to the dark side.

Not so my boys. Twice a week, we enter briefly into girls’ world – for Rainbows and dancing. And my boys behave appallingly. Their behaviour is completely out of character. It is as though they are saying ‘We are here, we’re boys, take notice of us.’ And I want the ground to open up and swallow me.

My daughter and I go to the same dance school. So it matters even more to me that as soon as we arrive, my sons, who are old enough to stay in the car or the car park, go sliding into the studio on their knees. Then they run up and down a few times and manhandle my daughter around the room. At the end of the lesson, they push past other parents to be first into the room to pick my girl up. For some reason, they feel it necessary to physically grab her and carry her out of the room.

My daughter has been going to Rainbows for a few months. I didn’t get Rainbows at first. It’s not Beavers, therefore it can’t be right. It’s kind of a bit like Beavers, but with a lot more excitement about tiaras. When she told me recently that Rainbows was her favourite hobby (because they ‘play games and make things’) I thought it was about time I gave it a bit more respect. If only my boys did the same.

Waiting in the foyer of the village hall for about two minutes last week, my boys crawled under a table. Then they picked up the door stop and carried it round. Then they engaged in their weekly activity of defacing the parents’ rota sheet. All in front of other parents. Parents of girls. Parents who know nothing of boys and their funny ways. And what am I to do? Shout at them? Threaten them quietly under my breath? Or just ignore them? Shouting and threatening embarrasses me, ignoring them makes it look like I don’t care that they are behaving badly. And whatever I choose to do, they are going to ignore me and carry on anyway.

And if that isn’t bad enough, let’s not forget that my boys are not only boys, they are OLDER than all the kids at Rainbows and dancing. So I imagine all the parents looking at them and thinking they are old enough to know better – 8 year olds and 10 year olds shouldn’t be crawling under tables.

And they would be absolutely right. But, do you know what, sod ’em. I know they are actually good, and surely that’s all that really matters. They are boys. And that’s just what boys do. And I wouldn’t have them any other way. 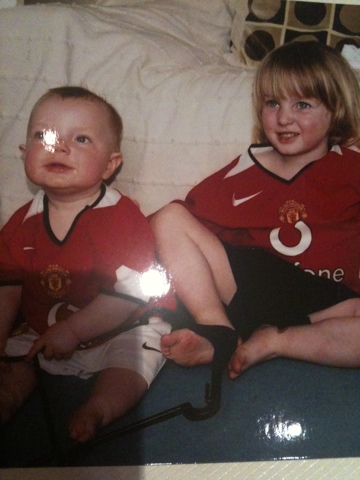 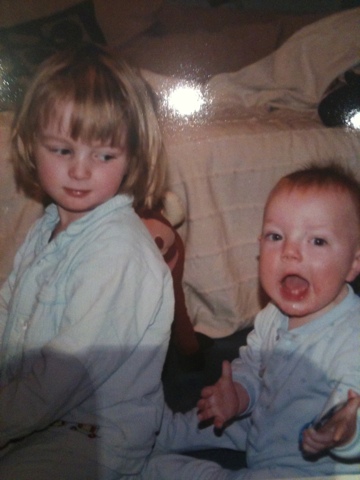