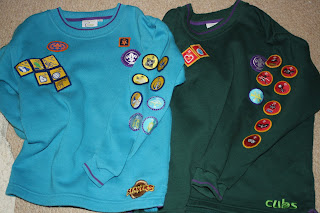 I love Cubs and Beavers. Beavers first came into our lives three years ago. It was OK, I didn’t love it straight away, but my son was happy there.

As with many things, the more involved we got, the more I started to love it. A few months later, my son moved up to Cubs and my younger son started Beavers. Now we weren’t just a family with one kid at Beavers, we were a ‘Scouting family’. We had a child at Cubs AND Beavers. Now I really started to appreciate just how brilliant Scouting is and how brilliant our leaders are.

Cubs and Beavers aren’t for everyone. I’ve known plenty of boys who have gone along for a few weeks or months and left because it wasn’t right for them. But not my boys. And not a lot of their friends either.

Cubs and Beavers have just the right balance of adventure and discipline. Boys get to try out activities they wouldn’t necessarily do at home – whether it’s hiking and camping or cooking and craft. They are treated with respect by the leaders and valued for themselves – not because they are the best behaved or the cleverest, but because they are all individuals with individual personalities, skills and experiences. And that really suits my boys and their friends.

After my son had been in Cubs a few months, I fully appreciated the brilliance of his leader. The Cubs and Scouts were preparing to go on camp – their 33rd annual camp to the same farm. The leader, who has been with the Cubs 24 years, stood up and spoke to the parents. And I felt reassured. My son was only just 9. He was going to be away for four days. And he only eats carbohydrates.

When the leader stood up and reminded us all that she is a mother herself and she will care for these kids like her own I knew he would be OK. There is nothing they haven’t seen on that camp over the years – they’ve dealt with fussy eaters and illness and injury. He was going to be absolutely fine.

And he was. Although he came home thinner, having mainly eaten Marmite sandwiches for every meal. Having dealt with fussy eaters before, the leader was still amused by just how fussy my son is – and how happy he was to eat pasta and pesto on his last night. A meal he still talks about now, he loved it so much.

A few months later, my boy became a sixer and the badges started rolling in. He got the first music badge their pack had ever awarded. He played the boys a couple of tunes and talked with enthusiasm about his violin and the kinds of music you can play on a violin.

And over at Beavers, my younger son was continuing to thrive. He became a lodge leader (the Beavers equivalent of a sixer) within months of becoming a Beaver. He has a huge number of badges, including the Chief Scout’s Bronze Award – the highest award for a Beaver.

The group got new leaders – two very enthusiastic mums from school. They started doing new activities and linking up with other Beaver colonies. During the summer, they went to a joint teddy bear’s picnic (indoors because the weather was atrocious), took part in the District Scout swimming gala (winning ALL of their races) and, best of all, did the colony’s first ever night away. Being a bit young for camping, they made it an indoor camp at a local children’s centre, teaming up with other colonies. They did lots of sport, cooking and craft and came back home happy and full of enthusiasm.

But now it’s time to say goodbye to Beavers and hello to Scouts. Today is the day when my younger son starts Cubs and my eldest starts Scouts. As he leaves primary school, and he and his friends go to different secondary schools, it will be Scouts that keeps their friendship going.

It’s a whole new adventure with as many camps and hikes as a boy could want. Let’s hope they’ve got enough Marmite to keep him going!