The path of least resistance

Show me a parent whose kids don’t watch TV and I will show you a saint. Or a liar. Because, let’s be honest, we all let our kids watch the telly. And we all know it’s not that good for them. But it’s not that bad either. It’s all about balance. The right programmes, for not too long, balanced out with other activities.

My eldest didn’t start watching television until he was 18 months old. It sounds pretty young now, but I know plenty of people who plonk three month old babies in front of the telly to try to get some peace. We discovered that putting Teletubbies on allowed certain tasks (like getting ready for nursery) to be completed a lot quicker.

Needless to say, the younger two were immersed in telly at a much younger age. Not that I actually put them in front of it, just that it was there because their big brother was watching it. It’s probably no coincidence that the younger two are far more hooked on TV now than my eldest.

We’ve all heard the rule about two hours of ‘screen time’ a day. So if they’re playing on the Wii or DS for two hours they can’t have the television on for two hours as well. Well, not unless you enjoy having really badly behaved kids. Who are obese.

I think the two hours is a pretty good rule of thumb. I don’t live by it. I don’t time them to the second, but it’s in the back of my mind. On school days it will be less than two hours. In the school holidays it may go over (because I relax the no television while eating breakfast rule).

Over the years, by trial and error I have come up with some rules about the TV which work for us. Some people find the exact opposite works for them and that’s fine. When the kids were younger it was, as I said, helpful to have the telly on while they were getting ready. Now it’s the worst possible thing we could do. So the basic rules are:

No TV before school – even if the kids are ready, because they refuse to turn it off and get out of the door
No telly before EVERYONE has done homework, because they refuse to stop watching and start work. It has to be until everyone has finished to prevent a massive argument over who does homework first. And another massive argument because someone has chosen a programme someone else doesn’t like.

That works quite well because by the time we have finished homework it is time for me to start making tea, so the kids get just half an hour in front of the telly before tea. After tea I try to subtly convince them to go and do something else – play outside, read a book, play with Lego or do some colouring. If they opt for the TV (or Wii), it’s not the end of the world as they don’t do it every day. They watch good programmes too – I will write about those separately.

There are occasions when I think more television is OK. If they are ill, particularly if they are getting better, but not well enough to be bouncing around, I am happy for them to sit watching it all day. They will usually choose to do some colouring or something else after a while anyway.

We also have a DVD in the car, which is literally the best thing EVER. Car journeys with three kids squashed in the back can be pretty horrific and the DVD player is an absolute god-send. Of course we have issues (OK, I mean arguments) about what they should watch because the five year gap between my eldest and my little girl means they don’t usually like the same thing, but we compromise with taking it in turns. Currently Diary of a Wimpy Kid and Mr Bean seem to keep all three of them happy.

But the rest of the time I follow the rules. I know what happens if I break them. Television is the path of least resistance. It keeps the kids quiet and well-behaved in the short-term, allows me to get on and do what I need to do around the house. But I always regret it.

After a while I find them semi-comatose in front of the screen. I try to speak to them and they don’t even respond. They have no energy to go and do anything else because apparently they are tired.

They will continue to ignore me as I try to talk to them, throw a tantrum if I attempt to turn the telly off, or even down, lash out at each other if one of them tries to change the channel and refuse to get ready for bed.

And that is precisely why I don’t let them watch too much TV. It affects their behaviour. There is no question of it. 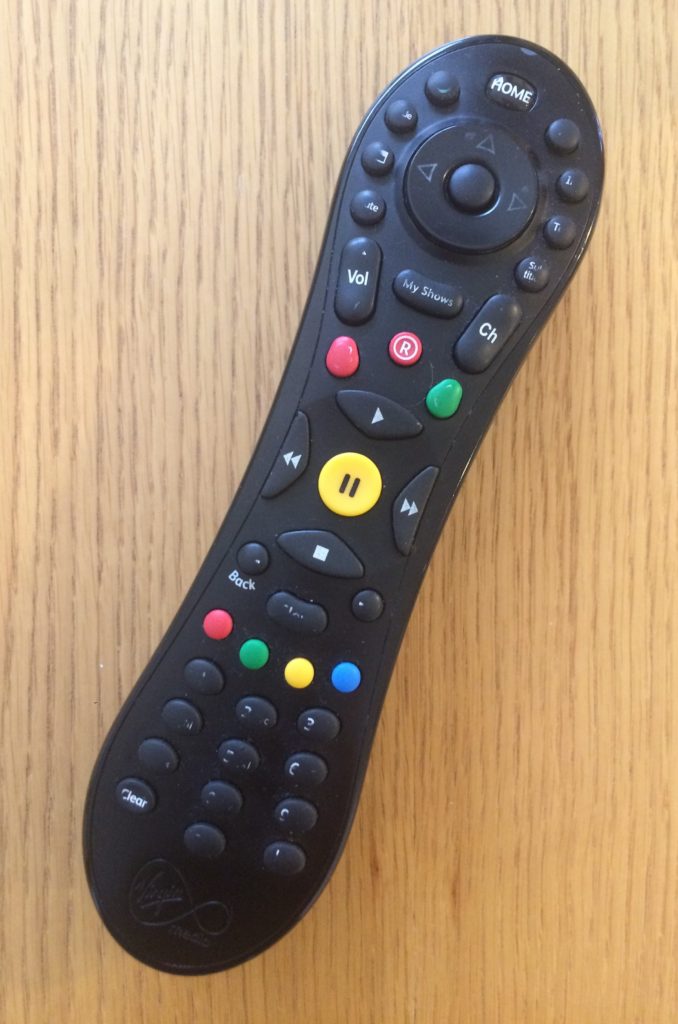