Anne of the Island by L M Montgomery

Anne of the Island by L M Montgomery is the third book in the wonderful Anne of Green Gables series. In Anne of the Island, Anne leaves the safety of Green Gables and Avonlea to go to Redmond College, along with her childhood friend, Gilbert Blythe. At Redmond, she discovers freedom and new friendships, particularly the frivolous Philippa Gordon. As she moves into her second year, Anne shares a house with three other girls. While they work hard, they also have a lot of fun.

Back at Green Gables, her old friends are moving on. Her best friend Diana gets married and one of her other friends sadly passes away. Meanwhile, Anne’s friendship with Gilbert is put under a great strain because he wants more from Anne than she is prepared to give. She misses him as a friend, but isn’t in love with him. There are no shortage of young men in love with Anne though and she has her fair share of disastrous marriage proposals.

Anne of the Island follows Anne throughout her years at Redmond. It is a return to form after the second book in the series – Anne of Avonlea, which I found slightly boring.

Anne is an amazing character and these books are a wonderful read for older children – and for adults looking for something nice and calming to read.

I read the series myself when I was 14 and thought I was a bit ‘old’ for it, but now I’m revisiting it with my own daughter, who is also 14. It turns out that 14 isn’t too old for it at all because the language is quite complicated and the sentences are very long. The books were written at the turn of the 20th century, so while the stories are timeless classics, the language is rather old-fashioned. I can’t imagine there would be many 9 or 10 year olds that could follow them!

My daughter and I are looking forward to the next book in the series – Anne of Windy Poplars. 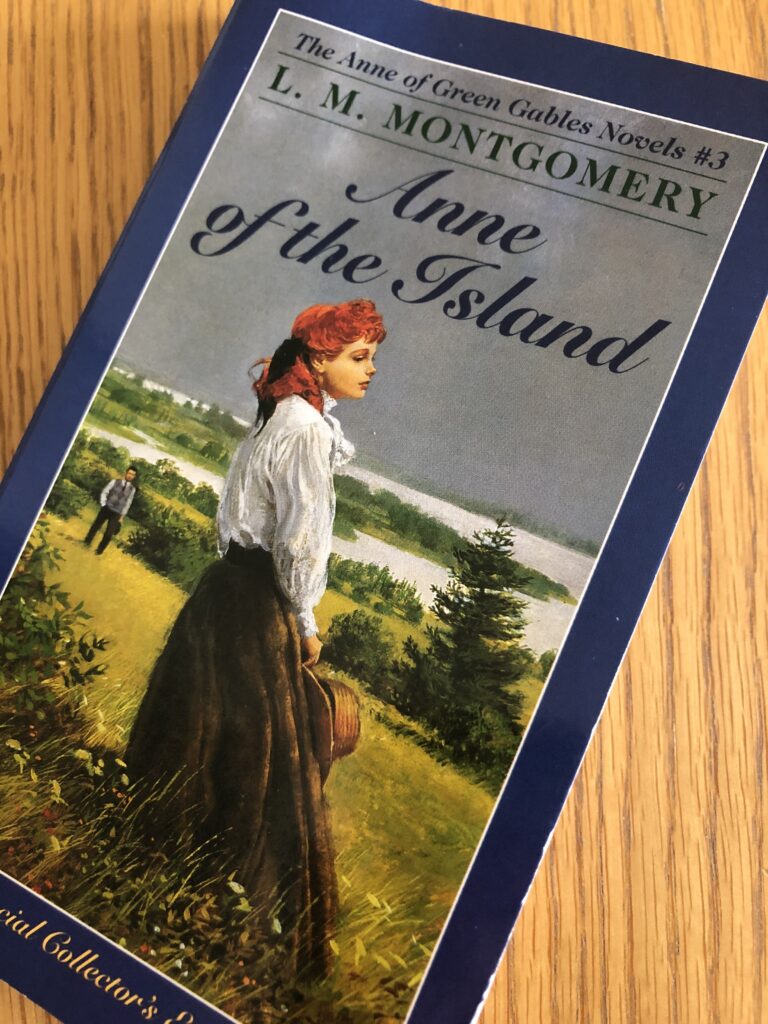