Wolf Hall is the Booker Prize winning novel about the rise of Thomas Cromwell. Now I don’t shy away from a literary novel, but did I ever think I would read a 650 page book about the Tudors? No, I didn’t.

But this year I have been enjoying the Shardlake detective novels by C J Sansom. Thomas Cromwell appears in those novels. One of my oldest friends, who is a huge reader and reads far better quality books than me, said that if I ‘enjoyed books about Thomas Cromwell’, I should read Wolf Hall. Now I wouldn’t say that I specifically enjoyed books about Thomas Cromwell, I enjoy detective novels, and I just happen to have read a few set in Tudor times. But I thought I would give Wolf Hall a go anyway.

It turns out that Wolf Hall is stunning. STUNNING.

It charts the rise of Thomas Cromwell from abused runaway to Henry VIII’s most valued advisor. We all know that Henry VIII got through wives like most of us get through hot dinners, but the first time he got rid of a wife, it took quite a long time. And Thomas Cromwell was with them both every step of the way. Wolf Hall charts the period of history in which Ann Boleyn becomes Queen.

Of course I am no expert on history, but I feel that the historical accuracy of Wolf Hall is pretty good. But it isn’t a history book, it is a fictional account, and it paints a brilliant picture of the times. There is a lot of humour in the writing, particularly in the dialogue.

Thomas Cromwell was a family man, with a house full of nieces, nephews and inlaws, who had all moved in with him when their parents or spouses died.

It is a time when 15 year olds got married, fathers chose spouses for their children, people were endlessly being widowed and remarrying. And there was a lot of talk about sex and who was and wasn’t a virgin. It seems like pretty much nobody was a virgin. And lawyers had to get very involved with who had had sex with whom, to make sure that marriages were legal.

It’s not an easy read, a 650 page book about the Tudors was never going to be, but it is easier than I thought it would be. And I can totally see why my friend loves it so much. Of course it won’t be for everyone, but if you like a literary novel and you can get over the sheer thickness of the book, I can’t recommend Wolf Hall highly enough.

(There are a lot of characters, so there is a very useful list of them at the front of the book, along with a couple of Tudor family trees. I had to refer back to these a fair bit!)

I will definitely be looking out for the next novel in trilogy, Bring Up the Bodies, soon. The third part of the trilogy, The Mirror and the Light will be published in March next year. 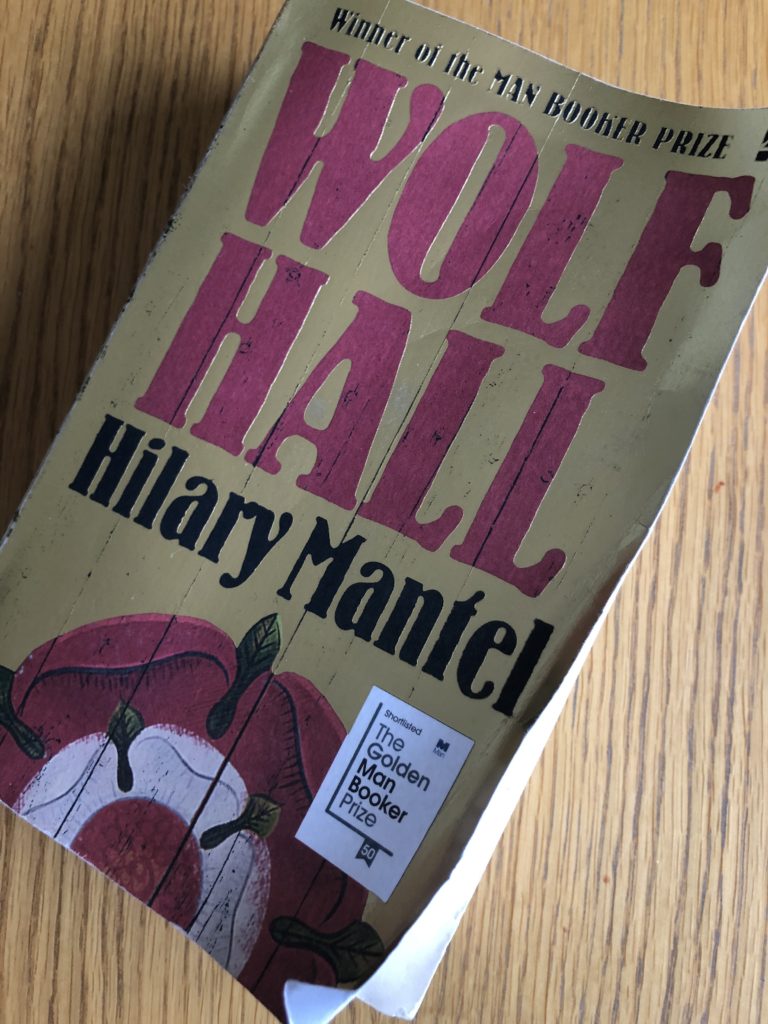