The Hunting Party by Lucy Foley

I saw a review of The Hunting Party by Lucy Foley on the Waterstones email and I knew I had to read it, so I ordered it straightaway. (I actually have to avoid reading the Waterstones email too often, because I always end up ordering books.) The email said the book had a classic Agatha Christie-locked room feel to it, which appealed to me. I actually started reading Agatha Christie books when I was at primary school and had read nearly all of them by my early teens. I’ve been promising myself I would re-read a few for a while now, but never got round to it. But I can’t resist a book which has that feel to it.

The Hunting Party is set in a remote part of Scotland. Now anyone who reads thrillers knows that you are asking for trouble if you go to a remote part of Scotland. A group of 30-something friends are getting away from it all on their annual New Year break, but are they really as friendly as they think they are? Of course they’re not! There are a lot of issues simmering below the surface, and what better time for them all to come out than at new year, in the middle of nowhere?

The story begins with the discovery of a woman’s body in the snow. It then rewinds three days to the arrival of the excited group of friends from London. The story is told by three of the female friends, plus the two staff members from the highland lodge. They also have their own dark secrets they are hiding.

The Hunting Party goes between the two time frames, but mainly concentrates on the time leading up to the woman’s disappearance, following the Londoners’ drunken partying. Because of the way it is written, it’s not clear who the missing woman is until quite late in the book. And even when it is clear, it seems that there are plenty of people at the hunting lodge who have a motive for her murder.

This is a real page turner, with a claustrophobic and threatening atmosphere from the start. There are plenty of twists for the avid thriller reader. The only thing it lacks are likeable characters. I like a likeable character in my books, and there isn’t a single person in The Hunting Party who could be described as likeable.

But if you like your winter reading dark (no slushy Christmas nonsense here), you will enjoy The Hunting Party. 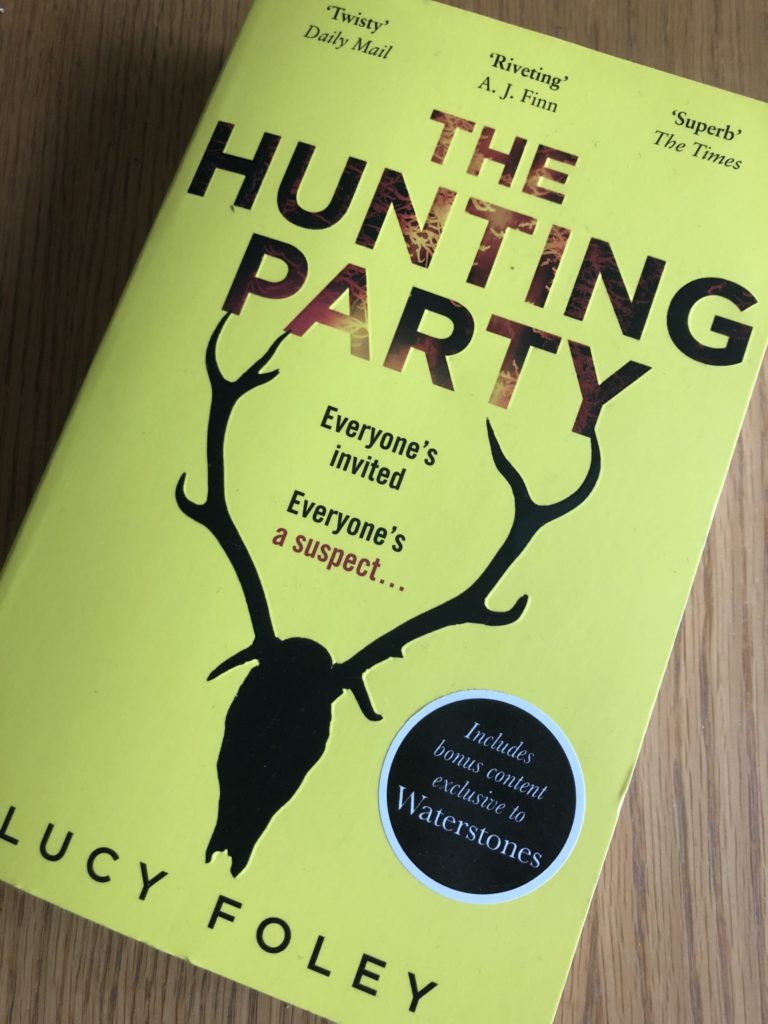