Bridge of Clay by Markus Zusak

The Book Thief by Markus Zusak is one of my favourite books ever, so I was very excited to see he had written another – Bridge of Clay. And I wasn’t disappointed. (Apparently he has actually written six books, but strangely I have only read The Book Thief. I need to rectify that!)

Bridge of Clay is the story of the five Dunbar boys – brothers who fight, but care for each other deeply. Narrated by eldest brother, Matthew, for the majority of the book the five boys are living without parents. The Clay in the title doesn’t refer to a material – it refers to the fourth brother, Clay.

The story is set in Australia (it took me ages to work that out) and feels like it is set in the 1970s, but it is actually the present day, or very close to it. It has two strands to it – the current time and family history. So it tells the story of the boys’ parents – their childhoods and how they met. It often refers to things in passing that you don’t quite understand in the present, but then goes into them in more detail later in the book, as part of the history. That way, you gradually piece the story together.

It is a long book and quite challenging, but the story is quite simple. It is essentially the story of a family – a family torn apart by tragedy. And it is the story of Clay, best loved of the brothers, who makes his own journey to help himself heal from tragedy, piece his family’s story together and make his brothers proud of him.

It is a beautiful description of families and brothers. Anyone with boys of their own or who has grown up with brothers will know that boys fight and they make a mess. And the more boys, the more fighting and the more mess. For the Dunbars, fighting is the only way they know to express their love for each other. Their relationship with each other and with those around them had me in tears several times.

Bridge of Clay isn’t an easy read and wouldn’t be everyone’s cup of tea, but I absolutely loved it! I would go as far as to say it is one of my favourite reads of the year. 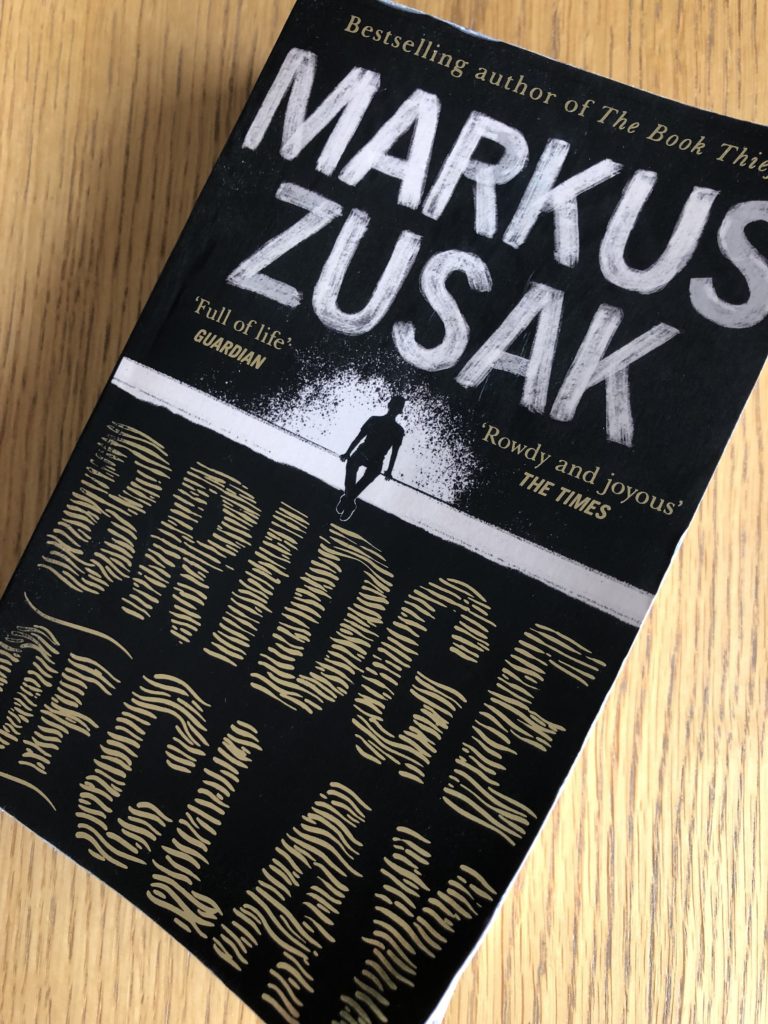