My daughter and the slime

Home » Family » My daughter and the slime

A few months ago, my daughter announced that she would like to make slime. I had no idea what slime was, but if you’re a parent of a tween or primary school aged child, you may be familiar with it.

What I do know, is that slime has given my daughter a lot of pleasure over the last few months. It has kept her busy and kept her away from screens (apart from looking at slime videos and photos on YouTube and Instagram!).

I wasn’t sure whether the point of the slime making it or possessing of it, but it turns out it’s possessing it. While they undoubtedly enjoy making it, they like having it even more and kids are happy to buy slime off others. 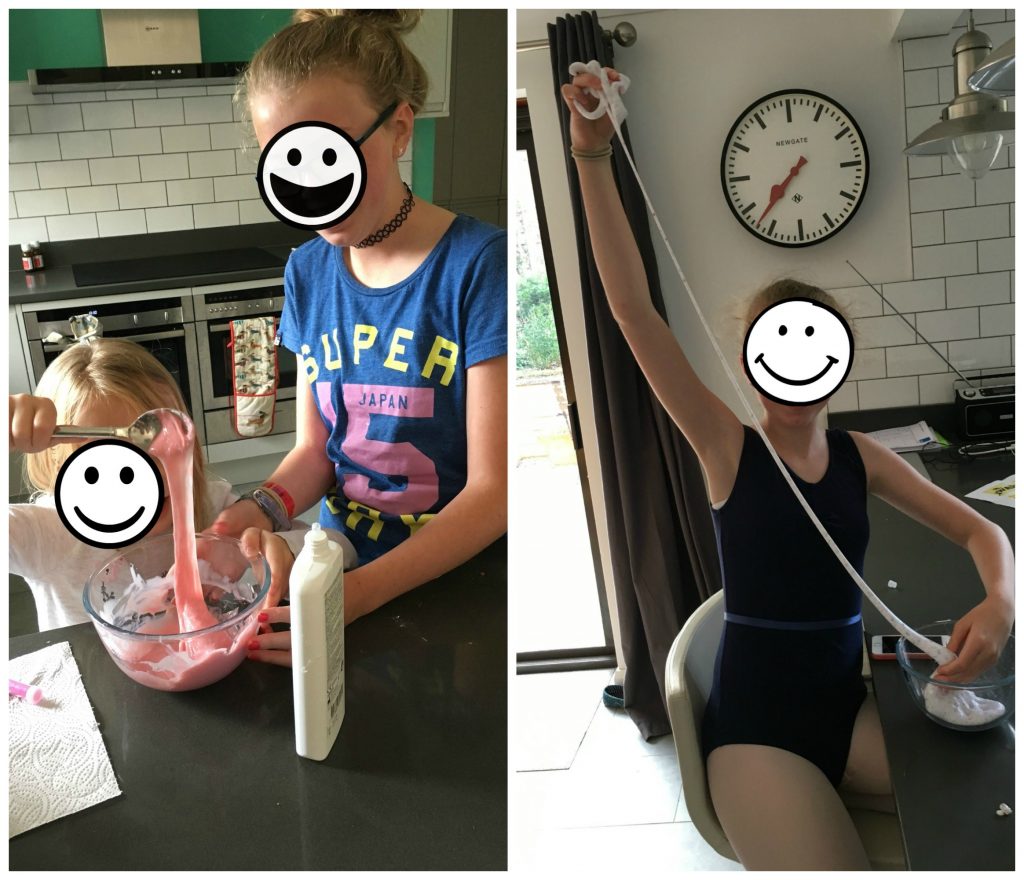 I still don’t entirely understand it, but there is definitely something quite therapeutic about poking it and stretching slime, which is what kids do. (Then they film themselves doing it and post it all over the internet.)

Can you imagine that sat on your kitchen surface? It had to be thrown away within a couple of hours because it looked like diarrhoea and was making us feel a bit queasy.

Her second attempt was blue, but the consistency was still a bit runny. It lasted a couple of days before being thrown away.

But suddenly, she’d got it sussed. What was once a whole afternoon’s activity for one piece of slime was done in the space of minutes. She kept it in a sealed box and it lasted for weeks (with regular poking and stretching of course).

She pretty much spends all of her pocket money on slime ingredients or containers for slime these days (regular readers will know I’m very strict about not buying things for my kids) and it keeps her very happy. The main ingredients are PVA glue, bicarbonate of soda, contact lens solution and shaving form. My daughter’s tip for the top is to use supermarket basic shaving foam because branded stuff ‘smells of men’. And nobody wants that, do they?! 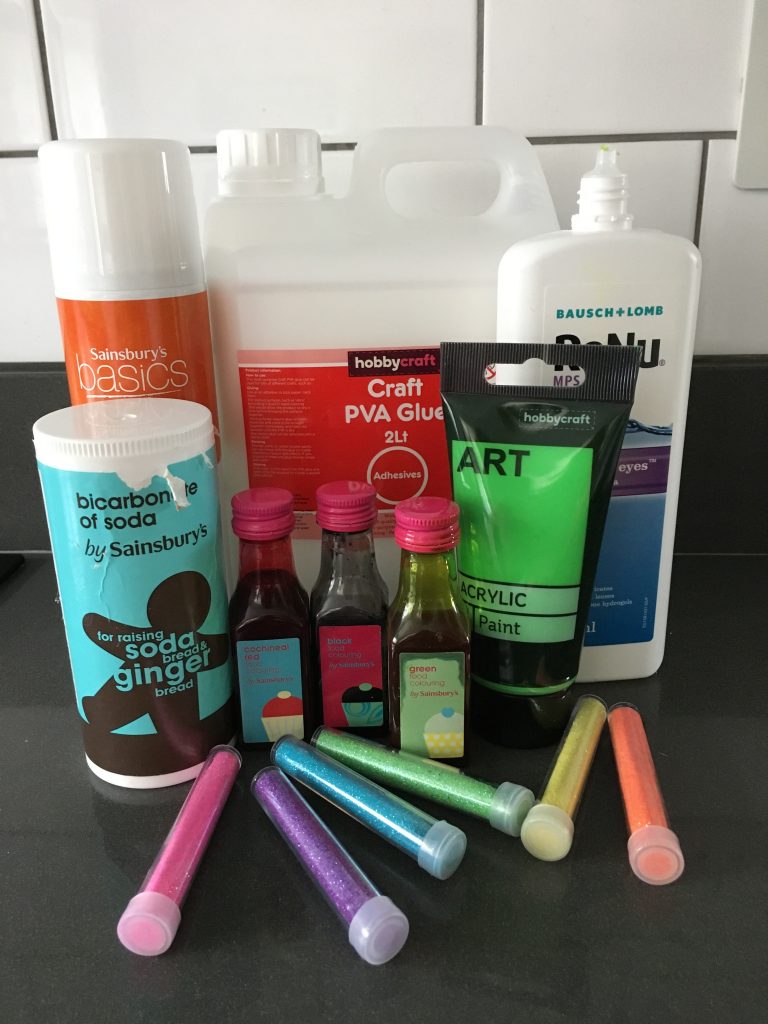 She’s made different colours and consistences, she’s made big pieces and small pieces. She’s used every shade of glitter under the sun and she’s tried tiny beads in her slime too.

Her slime is so good that a friend of hers offered £4 for one (apparently they sell for about £6 or £7 on the internet), but I said she could only accept £2. And she threw another one in for her at the same time. Other friends have asked about buying it too.

You can find her slime recipes here if you want to have a go yourself. Just steer clear of the yellow food colouring… 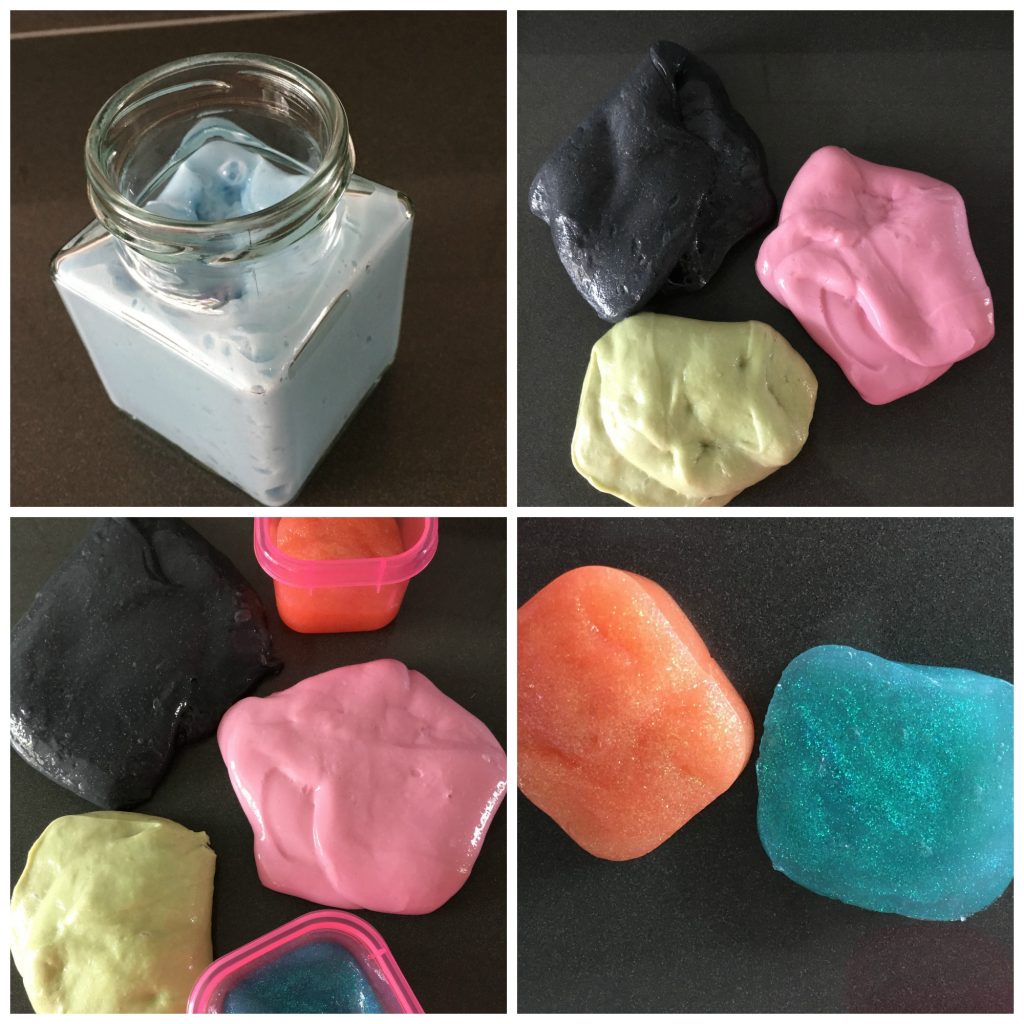