Not believing in Father Christmas

It’s finally happened. Fifteen years after our first Christmas as parents, our house is finally a Father Christmas-free zone.

And I’m totally ready for it.

If you’re sat at home reading this with a 2 year old and a newborn, you probably think that’s terribly sad, but, believe me, there comes a point when you’re fed up of the lies.

Now I don’t know for sure if my daughter still believed last year, but she certainly didn’t say that she didn’t. So we had to play it safe. This year she’s made it clear she doesn’t believe and it’s nice just to be able to say ‘What do you want us to get you for Christmas?’. No more carefully opening Father Christmas letters and promising to put them in the post, while actually sneaking them into a drawer to check for future reference.

Father Christmas is a web of lies which gets harder and harder to manage the older your kids get. When the kids go to school, you realise that everyone’s Father Christmas story is slightly different:

Would Father Christmas really treat kids so differently? And it’s not always the ‘posh’ kids or the ‘rich’ kids who have the unlimited budgets. Sometimes they’re the families where he’s a bit tight. Gradually, often over the course of a few years, kids start to do the maths and see through the lies and realise none of it makes much sense.

I was happy for Father Christmas to take the credit for my hard work, because I knew one day they would be old enough to know that actually it was Mummy and Daddy that chose the presents, paid for them and wrapped them. They could believe in the magic until they were ready to know the truth.

When my daughter asked a few years back why we didn’t buy them anything, but Grandma and Grandpa and their uncles and aunties did, I pointed out that I buy them things constantly – even if it’s just food! Father Christmas was just helping me out.

But, now my daughter is 10 and in year 6, Father Christmas isn’t helping out any more. It makes life so much easier. Yes, presents still need to be hidden, but if the kids find them, that’s not the end of the world. It’s their tough luck for sneaking around.

We’re not quite at the stage of taking them to the shops, asking them what they want and then going to the till to pay for it in full view of them. But at least we can take them to the shops to look at things they might like and not have to get them to write it in a letter to Father Christmas.

It actually feels like quite a weight off my mind. 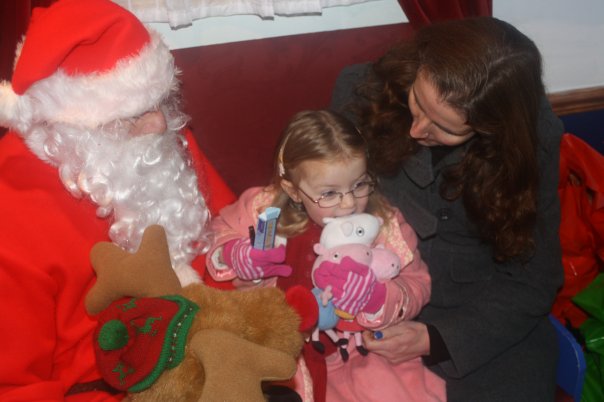