We’ve recently got home from a lovely few days in Rome. We had a great time and some things worked out really well for us. Here’s a selection of our best bits…

This was my husband’s idea and it was a stroke of genius! We took an open top bus tour on our first day. It means you get to see all the sights in one go and gives you an idea of what you’d like to visit in more detail. At €105 for the five of us, it wasn’t cheap, but it was definitely worth it. The full tour took about two hours, but you could hop on and off as many times as you wanted during the day. It came with a commentary in English (or your chosen language), which was both informative and humorous. As an added bonus, the bus ticket is valid for 24 hours, so we used it to get us to the Vatican the following morning. 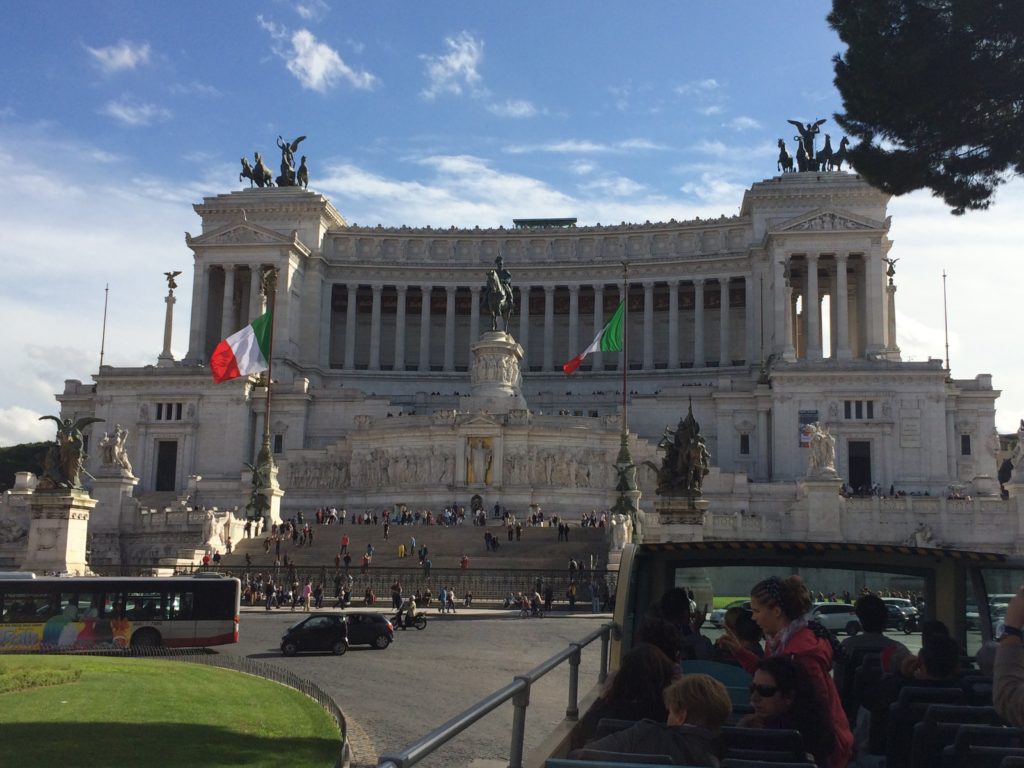 We spotted this stunning building on our open top bus tour. It is bright white and absolutely huge. You can see it from pretty much everywhere in Rome. It is a monument to decadence, with huge ornate statues all over it. It’s the sort of thing I could hate, but I found it absolutely stunning. Built between 1885 and 1927, it is new compared to all of Rome’s other must-see buildings. When I realised you could get a lift to the roof, I knew we had to do it. 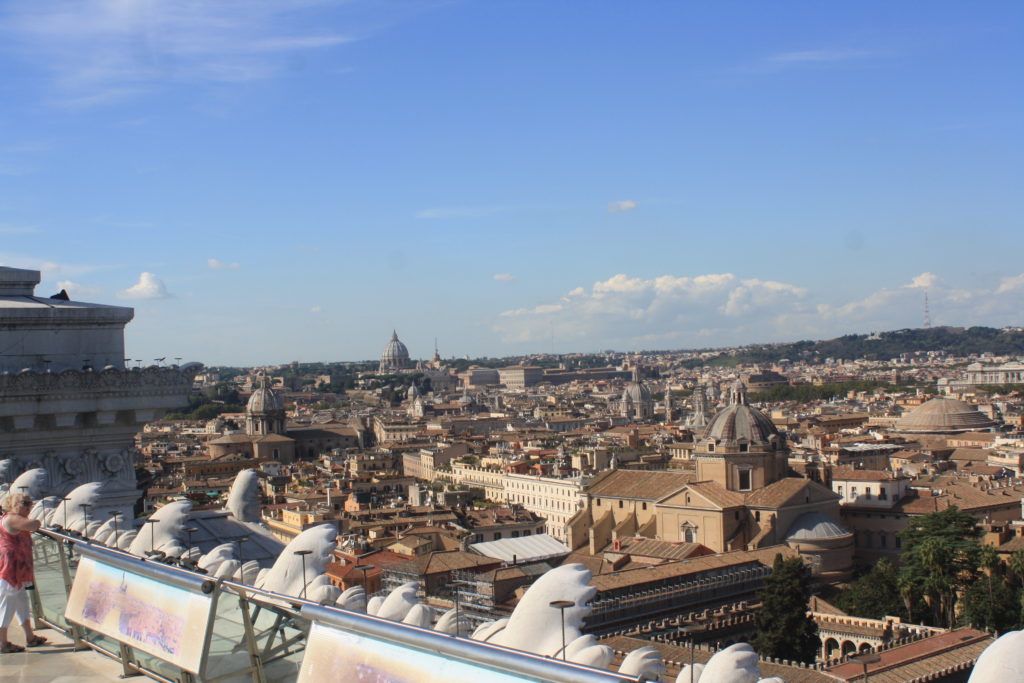 It cost just €21 for the five of us to get the glass lift to the roof and it was worth every penny. You could see for miles and there was plenty of space to walk around. It actually felt very calm and peaceful after the madness of a lot of Rome. The time I spent on that roof was the absolute highlight of the holiday for me. 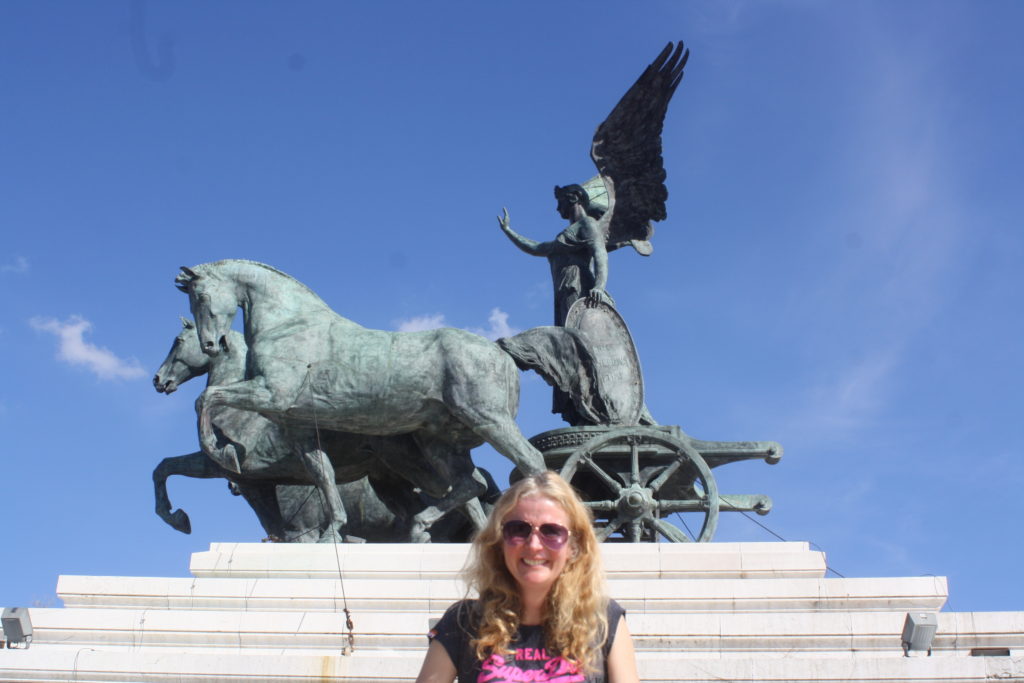 Yes, selfie sticks are naff. Everywhere you go in Rome, people are selling them on the streets. I was surprised when my daughter said she wanted one, so my husband reluctantly went to negotiate a price (getting it down form €10 for one to €8 for two). We had A LOT of fun with the selfie stick and took some great family photos with some fantastic buildings in the background. When everywhere is so crowded, they’re a really good way to get photos without other people in them!

The restaurants are welcoming, the prices are better than we have in the UK and the food, whether it’s a proper meal, a slice of pizza or a panini, is freshly made from delicious ingredients. What’s not to love?

It’s the first thing you think of when you think of Rome. The Colosseum is a truly stunning building. It takes your breath away when you first see it. Going inside is a must. But what is the best way? There is an awful lot of information about it. Should you queue for up to two hours? Should you book online in advance? Should you get there really early? Should you pick up a tour guide outside the Colosseum? 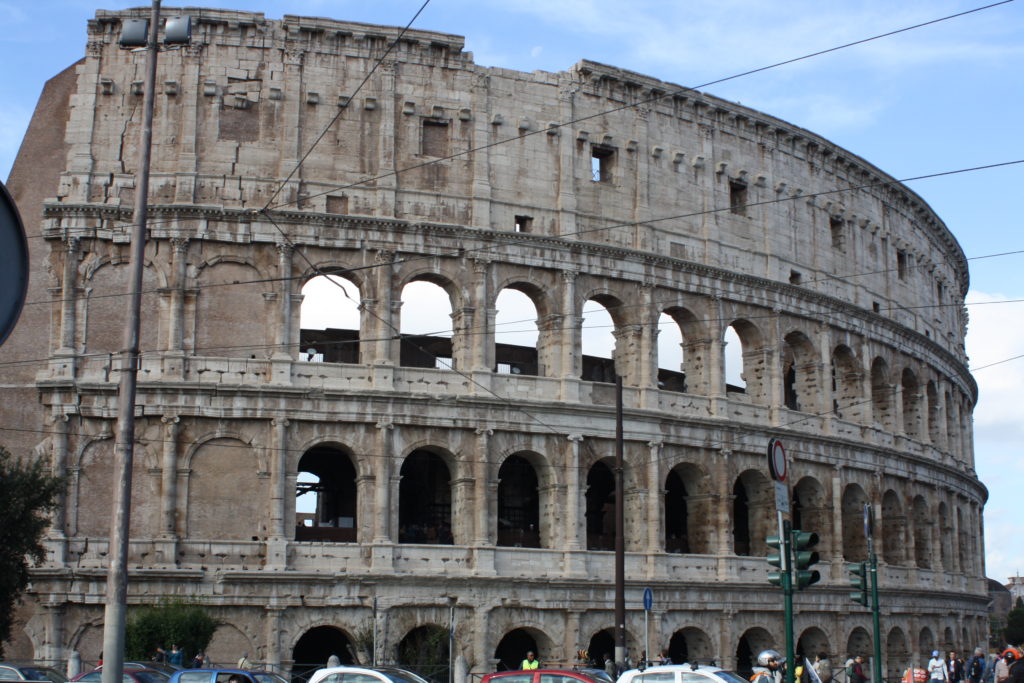 We booked online the night before we visited and also made the effort to get there fairly early – arriving just after 9am. There were already lots of people inside, but the queues were pretty short. There is airport-style security to get through, which slows things down and must take forever at busy times. As we picked up our tickets, we were offered either a guided tour in English or audio headsets – both at additional cost. We opted for the audio tour as we like to do things at our own pace. I would definitely recommend these as they gave so much information and really brought the Colosseum to life. 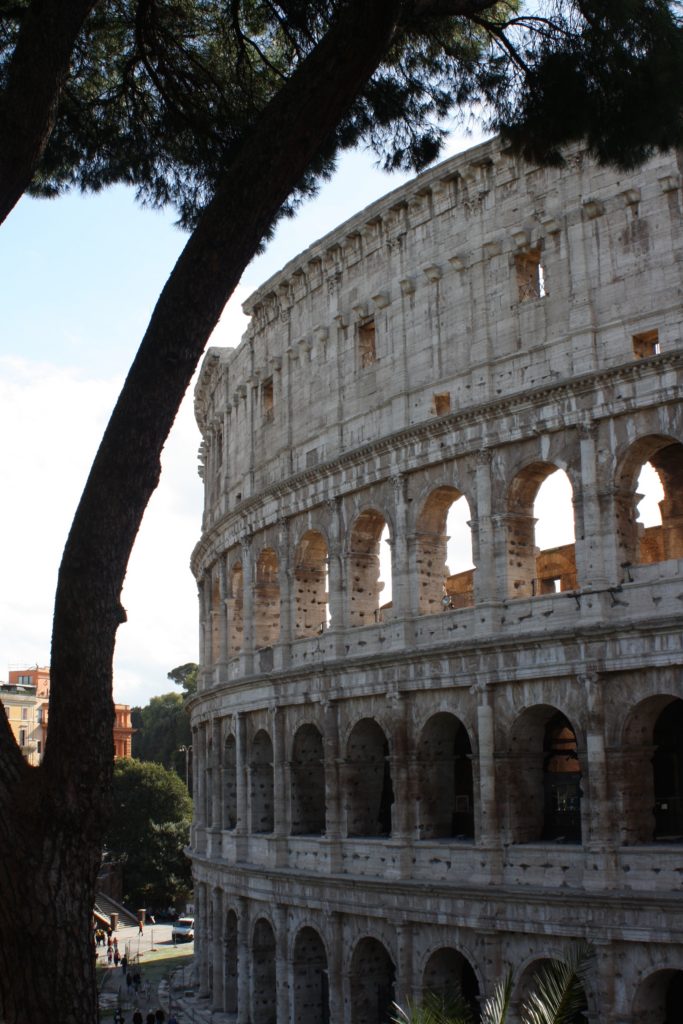 Once inside, you walk around both the ground floor and the first floor. There is so much to see and, even though it is crowded, you can get to see it all, but you may need to be patient occasionally. It wasn’t until we were walking that we discovered only people with a tour guide could go to the very top floor, but, considering my younger son is afraid of heights, we weren’t disappointed and found we had seen everything perfectly clearly from the other floors. Sharing a room with my daughter

Less noise, less mess and no arguing at all. It was an absolute pleasure and a privilege to share a room with my daughter and see her looking so beautiful while she was asleep. Plus, she doesn’t snore at all, which strangely meant my insomnia was virtually non-existent in Rome.

A controversial view this one, but when you’ve got a child as fussy as my daughter, it is reassuring to know that McDonalds is there if you need it. We had our lunch there once and went in for an afternoon snack on all three of our full days in Rome.

So that’s my Rome successes, but there were a few things we got wrong. You can read about those here…