The Versions of Us by Laura Barnett

Home » Book Reviews » The Versions of Us by Laura Barnett

I bought The Versions of Us with my Christmas vouchers, after reading positive reviews of it. It’s a change from my usual crime novels and thrillers. The reviews described it as being similar to One Day and even to one of my very favourite books of all time, Life After Life. So how could I possibly resist it?

In 1958, Eva and Jim, 19 year old students at Cambridge, meet when she swerves on her bike to avoid a dog. What happens next?

With books like this, I like to fill in the gaps myself, but this has every chapter referred to as Version 1, Version 2 or Version 3, which makes the strands of the story a lot easier to follow.

I’ll be honest, for at least half of the book, I felt slightly underwhelmed by it. It did remind me of One Day, but, for me, it’s not in the same ballpark as Life After Life. And I remember that, apart from the ending, which completely floored me, I was slightly underwhelmed by One Day too. It was one of those books which had been a little overhyped.

But, gradually, I got drawn into Versions of Us and found myself reading increasingly larger chunks, wanting to know how it ended. Actually, it ended beautifully, and it made perfect sense.

Even though it took me a long time to get into it, ultimately I did enjoy this book. It would make perfect reading for anyone who wants to move on from chick-lit because it’s a little bit chick-lit, only better! 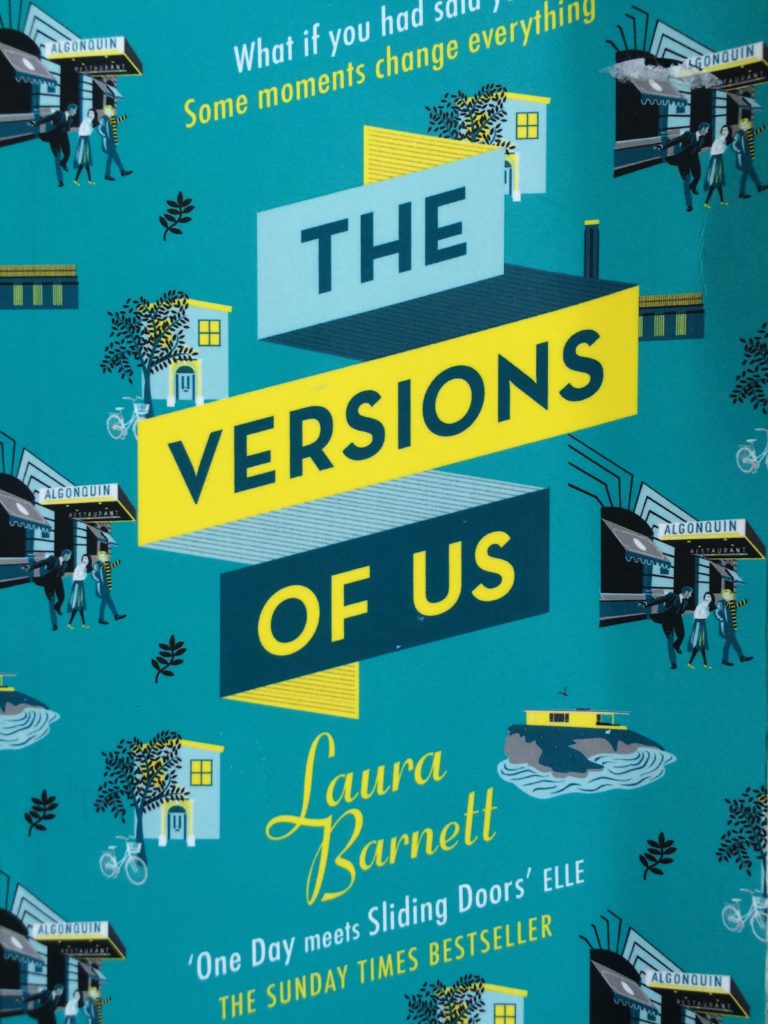