A weekend in Cornwall

Home » Family » A weekend in Cornwall

After my husband had taken the difficult (for him) decision not to go to Alton Towers for his birthday, we had to come up with an equally exciting trip out for the kids. Alton Towers is not a cheap day out, even with vouchers or booking in advance online, especially as my husband was determined to have fast passes. The money we were going to be spent there could easily be spent on a nice day (or even weekend) out. Personally, I favoured London.

But then my husband came up with a slightly crazy idea. We could stay in a Travelodge in Wadebridge for two nights, as it’s cheap. Wadebridge is close to Padstow, my favourite place in the world. Every year we cycle to it on the Camel Trail and in recent years I’ve run to it (and back again – about 12 miles in total) on the Camel Trail.

We could stay in the cheap hotel – cheap because it’s Wadebridge, not Padstow, and enjoy a weekend in Padstow. It seemed a long way to travel for 48 hours, but I liked the idea. So we did it! I have issues with hotels and their policy of only having rooms for four. But there are ways round that. Known as sneaking your daughter in and squeezing her between you in the kingsize bed! 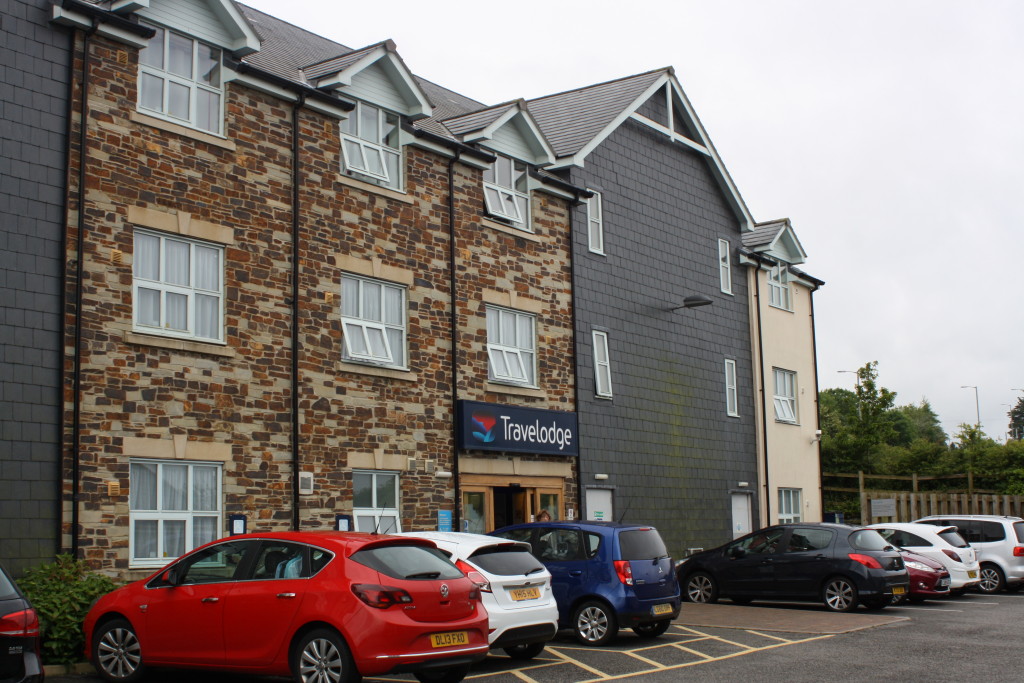 We set off straight after school on Friday, enduring torrential rain and never-ending traffic jams around Bristol, but in the space of four and a half hours, and without too much moaning from the kids, we were in Cornwall!

The room was a good size, but sleeping in a bed with my daughter wasn’t the best idea. I use the term ‘sleeping’ in its loosest term. I’m never good at sleeping  in hotels (although this was the quietest one I’d ever been in), but, as is always the case with hotels, it was far too hot. And my husband and daughter decided that I, the most restless sleeper in the family, should sleep in the middle. At one point I didn’t have even the width of my own hip bones (very narrow) to lie down in.

Breakfast was in the next door pub at 8am – by which time I’d been awake for three hours. But they had no continental breakfast and no veggie sausages, so breakfast for me was four Belvitas, followed by some Green & Blacks!

We were in the centre of Padstow by 9.30am and were surprised to see the car parks and streets empty, and most of the shops closed. Where were the crowds? Where were the tacky stalls with their hair wraps and henna tattoos? Back before my eldest started school (and even when he was in the infants), we used to go to Padstow in June and early July, before the school holidays. I’d forgotten what it was like without the crowds. It’s very pleasant! It would be lovely to always be there without the crowds, but, to be honest, I don’t really mind them. 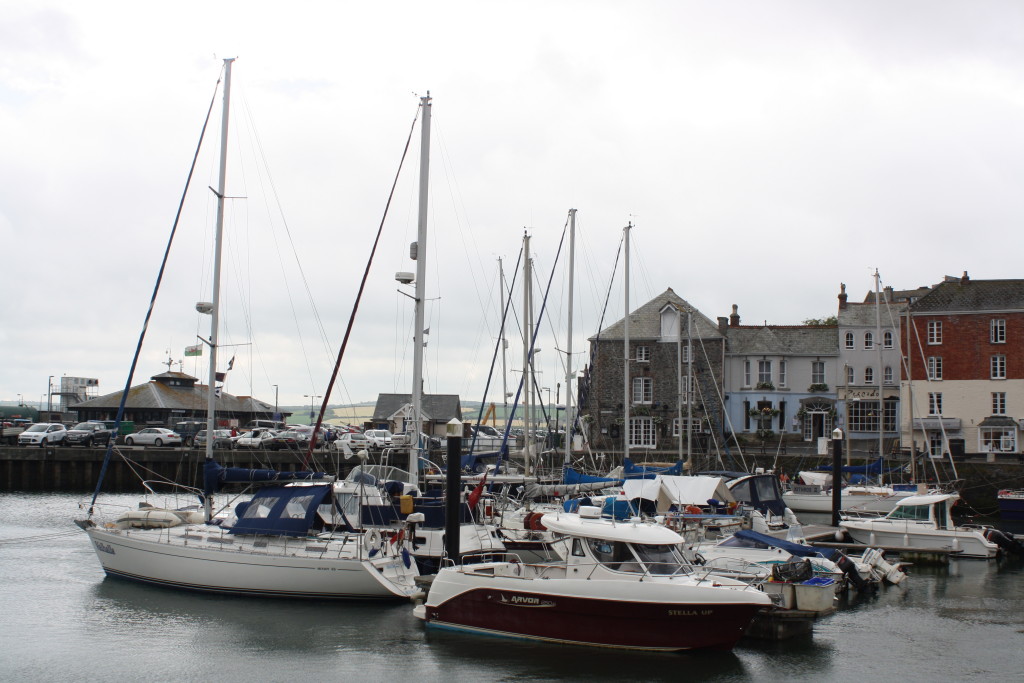 There was a time the day before, when we were stuck in traffic, that I wondered if it was really worth it for little more than a day in Padstow, but, once in the town centre, those thoughts were forgotten. For me, there’s nothing and nowhere better than being in Padstow.

We wandered around those familiar streets and checked out a couple of familiar shops. We looked at The Sailmakers, our usual holiday house, then went to track down the new house we’re staying at later this year. Traitors! It feels weird to be going somewhere different, but I’m sure it will be good.

Then we gave into nagging from my eldest to play crazy golf. Crazy golf without the crowds! What a novelty. Unfortunately the younger two took it in turns to be grumpy about losing/ doing badly, so it wasn’t as much fun as it should have been. 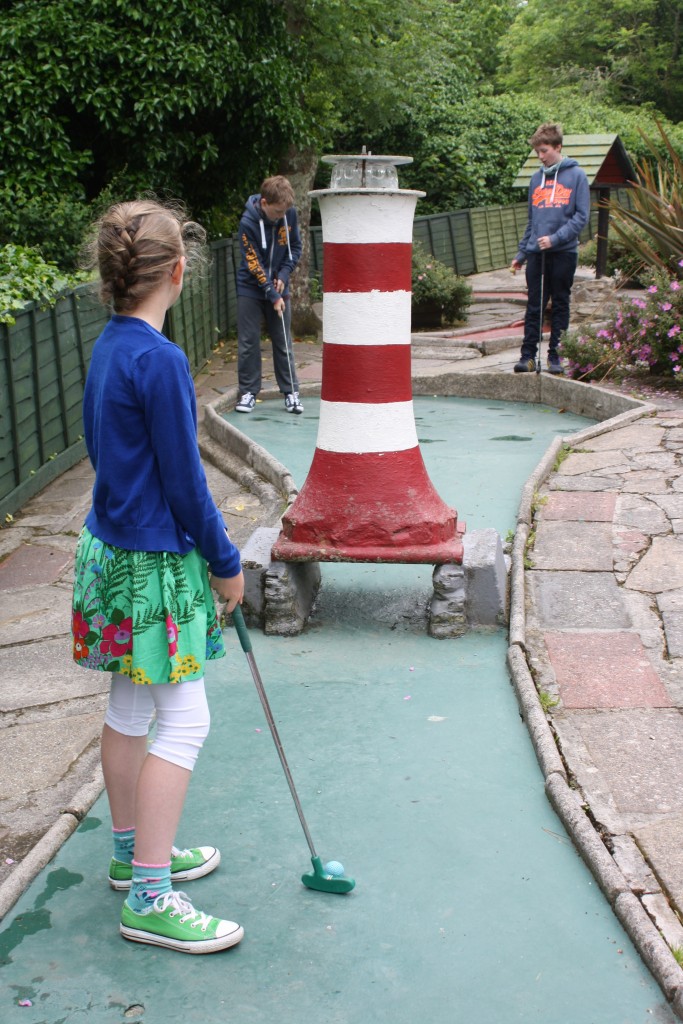 Pasties for lunch cheered them up (they would cheer anyone up, right?) and we set off for a short walk along the Camel Trail. The weather was decided chilly and damp, but we didn’t care! We were in Padstow! Actually, it was precisely the sort of weather we would expect in Padstow – 14 degrees, windy and drizzly. When we’re in Padstow, if the sun is shining and it’s 17 degrees, we class that as good weather. 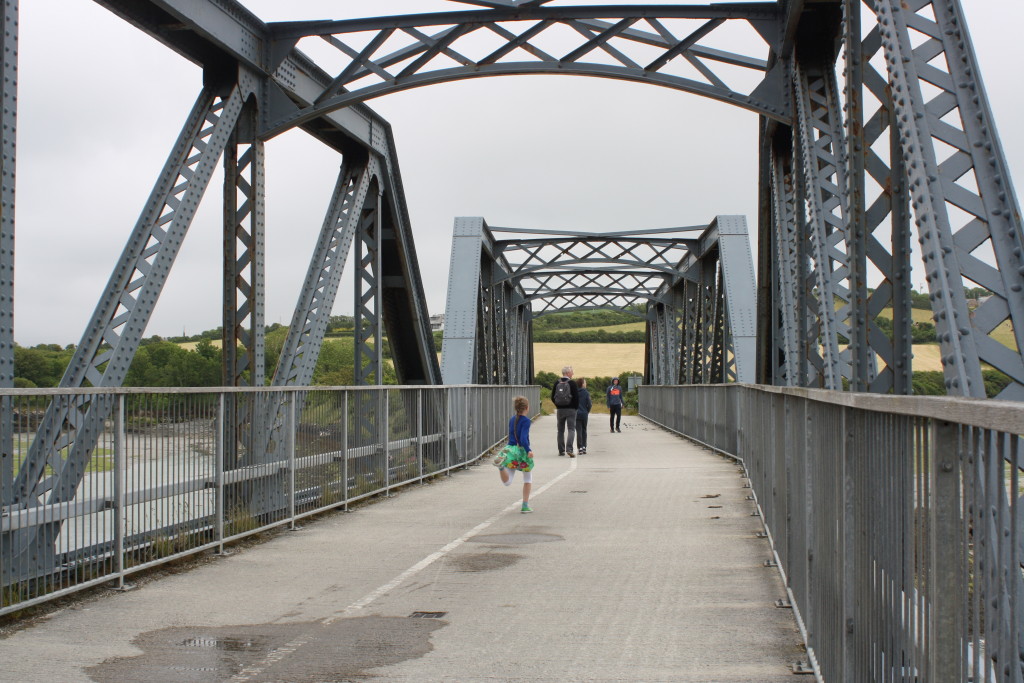 An ice cream from our favourite shop, Harbour Ice, a drink in our favourite pub, The Harbour Inn, and a meal in our favourite restaurant, Rojanos (we’ve eaten there every single time we’ve been to Padstow, going back as far as 1994) and we’d had pretty much a perfect Padstow trip, all in one day. The only thing missing was the beach. It was just too cold and damp.

Despite the long journey, we loved our flying visit to Padstow. It’s got me all excited for our holiday later in the summer and I, for one, enjoyed it a lot more than a trip to Alton Towers! 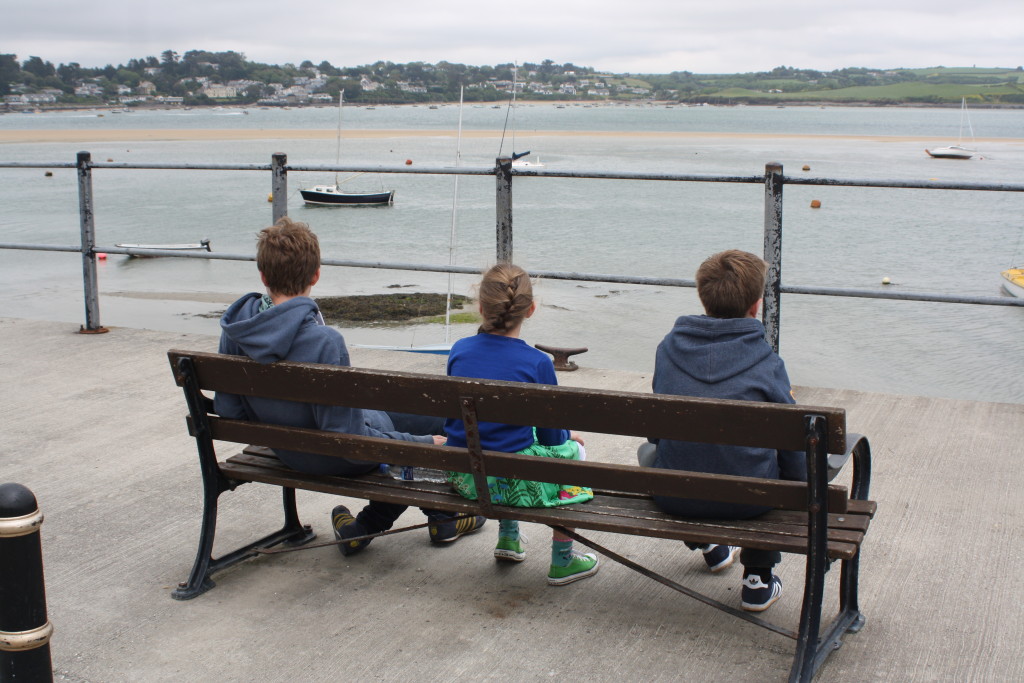